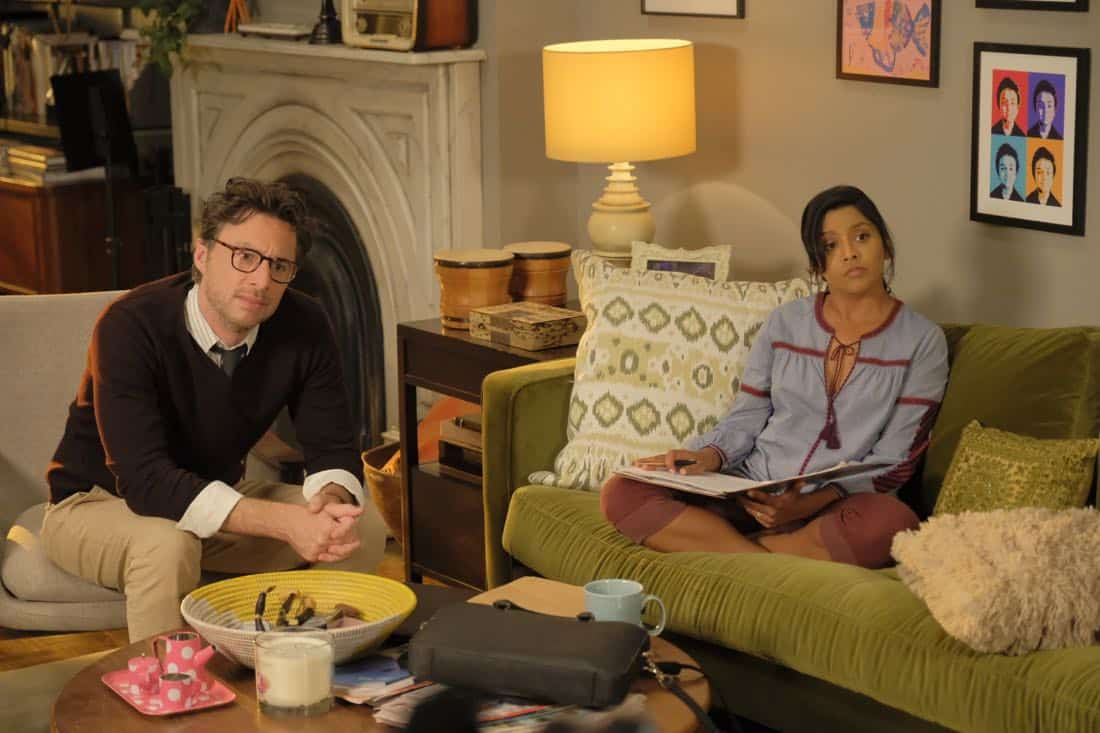 “The Wax Museum” – At the office, Eddie and Deirdre compete for Alex’s time and butt heads, causing them to almost quit. Alex tries to be a good boss by coming up with a solution to split his time between the two, but will he succeed? Meanwhile, Alex does not like Rooni’s handmade costume for Ben’s class project on famous people, so they come up with a surprising different choice, on “Alex, Inc.,” WEDNESDAY, APRIL 4 (8:30–9:00 p.m. EDT), on The ABC Television Network, streaming and on demand. ALEX INC Season 1 Episode 2 Photos The Wax Museum.

“The Wax Museum” was written by Matt Tarses and directed by Zach Braff.