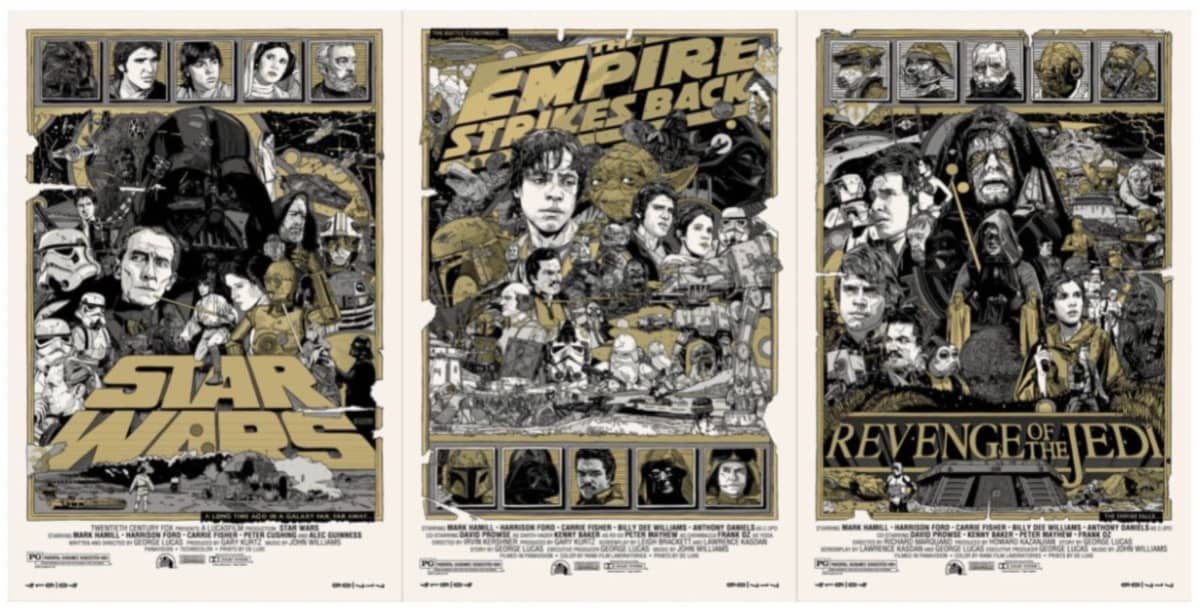 Yes, there is a basement in the Alamo, and it’s ready to open for visitors.

Alamo Drafthouse Cinema is inviting guests to Invade the Alamo Basement – an ongoing sale of Alamo Drafthouse and Mondo collectibles that kicks off with the largest and most comprehensive auction of Mondo prints ever. Drawn entirely from Alamo Drafthouse founder Tim League’s personal collection of nearly 2,000 Mondo limited edition prints, the auction begins Sunday, November 29th in partnership with eMoviePoster.com. Bidding for each item begins at just $1.

“I love Mondo posters. I own quite a few of them and the interpretations of my films by the Mondo crew are a source of great pride to me,” says SHAUN OF THE DEAD director Edgar Wright. “It is clear they are in the middle of a very cool Venn diagram composed of huge artistic talent and a genuine love of movies.”

The auction will begin at 5:00PM on November 29th and close on December 13th. Bidders must have a free account at eMovieposter.com to bid. Everything in the auction is certified original and in mint or near mint condition. Each poster will be meticulously inspected and graded prior to the auction by the eMovieposter team.

“Cinemas across the country are facing extraordinary financial hardships. We are legally unable to open many of our venues, and where we can open, our capacity is significantly reduced, the product – the supply of blockbuster films – has evaporated, and our debt from accrued rent during closure continues to mount.

100% of proceeds from the sale will go towards paying staff of the Alamo Drafthouse and paying debt and expenses accrued during the COVID closures. These next four to six months are critical and the proceeds from this auction will help immensely.

If you are a Mondo collector, if you have a movie fan in your life who would like something unique under the Christmas tree this year, or if you have never purchased a poster before, we invite everyone to explore the incredible history of nearly 15 years of beautiful poster design in this auction.

We are also very proud to be partnering with our friends at eMovieposter.com. I’m a longtime buyer from Bruce Hershenson, and chose his company for many reasons. First, they take exceptional care with the posters they sell and quickly ship when the auction closes. But there are unique features at eMovieposter.com that Mondo collectors will also appreciate, namely that a bot or a sniping tool cannot win at eMovieposter. If you bid within the last five minutes of an auction, an additional five minutes is automatically added. The playing field is leveled and you will not be outbid at the last microsecond.

The other unique aspect of eMovieposter is that in over 30 years of auctioning, there has never been a reserve for any item. All posters begin at $0, and the opening bid is $1. If you’ve always wanted a specific Mondo poster but haven’t been able to get one, this is your unique chance.”

Below are just a few highlights from the upcoming auction: rare original posters from Tyler Stout, Shepherd Fairey, Aaron Horkey, and Olly Moss.

About Alamo Drafthouse
Alamo Drafthouse Cinema was founded in 1997 as a single-screen mom and pop repertory theater in Austin, TX. Twenty-three years later, with 41 locations and counting, Alamo Drafthouse has been called “the best theater in America” by Entertainment Weekly and “the best theater in the world” by Wired. Alamo Drafthouse has built a reputation as a movie lover’s oasis not only by combining food and drink service with the movie-going experience, but also introducing unique programming and high-profile, star-studded special events. Alamo Drafthouse created Fantastic Fest, a world-renowned film festival dubbed “The Geek Telluride” by Variety. Fantastic Fest showcases eight days of genre cinema from independents, international filmmakers, and major Hollywood studios. Alamo Drafthouse’s collectible art gallery, Mondo, offers breathtaking, original products featuring designs from world-famous artists based on licenses for popular TV and movie properties including Star Wars, Star Trek & Universal Monsters. Alamo Drafthouse continues to expand its brand in new and exciting ways, including the American Genre Film Archive, a non-profit film archive dedicated to preserving, restoring and sharing film, and Alamo On Demand, a new VOD platform boasting a growing and carefully curated library of entertainment for rental or purchase.

About Mondo
Mondo is an expanding enterprise with a passionate love of film, art, music and pop culture, best known for creating limited-edition posters, vinyl soundtracks, premium collectibles and games. Based in Austin, Texas, the team collaborates with an international network of talented artists and creators to produce the highest quality products inspired by licensed properties and original IPs. Over the last decade, Mondo has partnered with leading entertainment brands including DC Comics, HBO, Marvel, Paramount Pictures, Sony, Universal Studios, Walt Disney Studios and Warner Brothers, along with dozens of independent studios and filmmakers from around the world. Find out more at mondoshop.com.