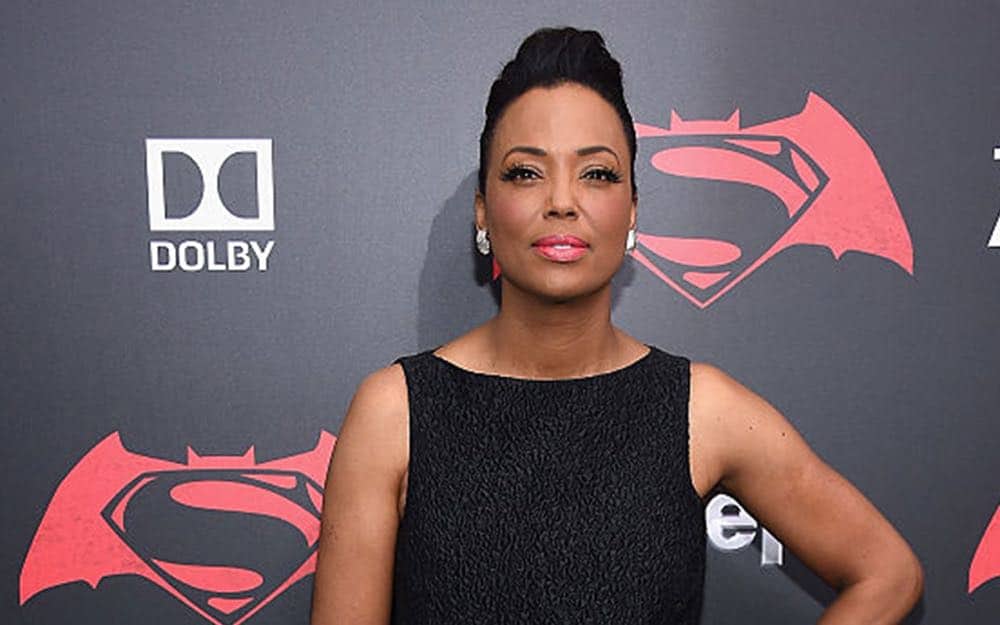 AMC announced today that it has greenlit a “Dietland” companion talk show, “Unapologetic with Aisha Tyler.” Produced for AMC by Embassy Row (“Talking Dead,” “Beyond Stranger Things,” “Watch What Happens Live”), the unscripted series hosted by Tyler (“Criminal Minds,” “Archer”) will air live on Mondays beginning June 4, immediately following episodes of AMC’s new original series “Dietland.” The first episode of “Unapologetic with Aisha Tyler” will air on Monday, June 4 at 11:00 pm after two back-to-back episodes of “Dietland,” and will then move to its regular weekly timeslot of 10:00 pm ET the following week. Unlike a conventional after show confined to the companion series itself, “Unapologetic” will feature Tyler leading a topical discussion around the broader, female-centric issues and themes that “Dietland” explores. Tyler will be talking with celebrity fans, series actors and producers, as well as relevant journalists, writers, comedians and other tastemakers. Embassy Row’s Michael Davies and Amanda McPhillips serve as executive producers.

“‘Dietland’ is an incredibly well-timed series that focuses on a multitude of critical issues facing women today. We know ‘Dietland’ will be a launchpad for conversation and this companion series makes room for these important discussions to happen,” said David Madden, president of original programming for AMC, SundanceTV and AMC Studios. “We couldn’t be happier to have the extraordinarily smart and talented Aisha Tyler leading the conversation for this series, which will be topical, issue-oriented, unfiltered and funny, just like its scripted sibling.”

“The issues of identity, sexuality, body image and self-actualization raised in ‘Dietland’ are more urgent than ever. Our dynamic, rapidly evolving cultural climate demands a frank, no-holds-barred exchange about the ideas and questions raised by the book and series, and the real-world events and issues women face every day. I’m looking forward to expanding the #metoo conversation in funny, honest and engaging ways. It’s about time,” said Tyler.

Based on Sarai Walker’s 2015 best-selling, critically acclaimed novel of the same name, “Dietland” is a wickedly funny and extraordinarily timed satire about Plum Kettle, a ghost-writer for the editor of one of New York’s hottest fashion magazines. Struggling with self-image and fed up with how she’s treated by her boss and society, Plum sets out on a wildly complicated road to self-awakening. At the same time, everyone is buzzing over news reports about men, accused of sexual abuse and assault, who are disappearing and meeting untimely, violent deaths. Plum finds herself in the middle of two warring factions – one sisterhood who may be responsible for the attacks on male harassers, and the other which preaches female empowerment. She straddles these two groups, trying to make sense of the changing world and her part in it.

AMC has a robust slate of unscripted original programming, led by its “Talking” franchise with Chris Hardwick, including “Talking Dead,” the number one talk show on television, AMC has also launched a year-round documentary series “AMC Visionaries,” partnering with prolific artists to unveil the untold stories and fascinating histories of pop culture genres from the masters themselves. The first two installments include “Robert Kirkman’s Secret History of Comics,” which explores the stories, people and events that have transformed the world of comic books and “James Cameron’s Story Of Science Fiction” from the acclaimed filmmaker behind many iconic sci-fi films. AMC also airs the Norman Reedus travelogue series “Ride.”