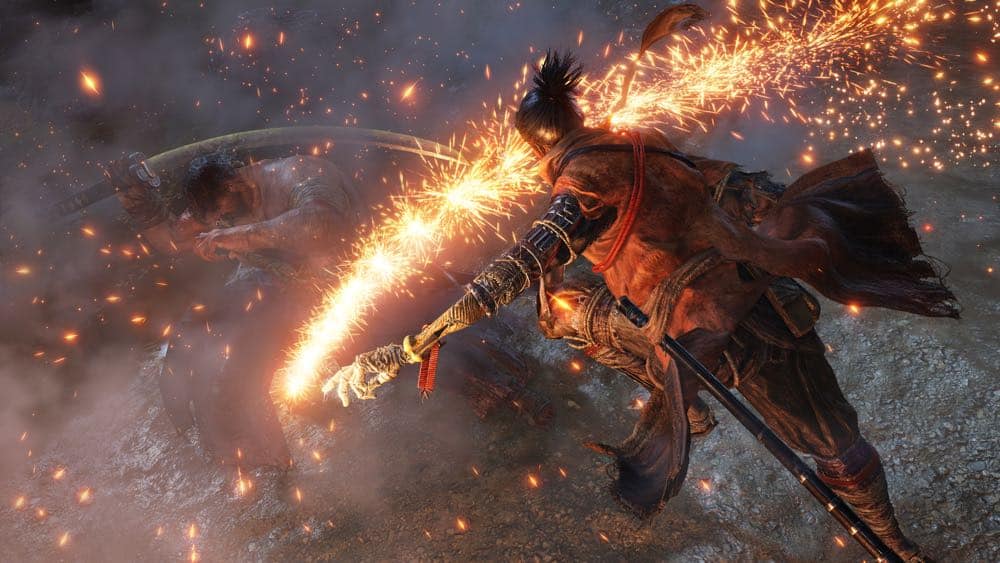 Your death won’t come easily. Enter the world of late 1500s Sengoku Japan; a brutal, bloody period of constant life-and-death conflict. As tensions rise, a compelling new story unfolds amongst the chaos. Introducing Sekiro™: Shadows Die Twice, a dark and twisted new gameplay experience developed by the renowned team at FromSoftware and published* by Activision, a wholly owned subsidiary of Activision Blizzard, Inc. (NASDAQ: ATVI). Sekiro: Shadows Die Twice is scheduled for release globally in early 2019 for the family of Xbox One devices from Microsoft, including the Xbox One X; PlayStation®4, PlayStation®4 Pro; and PC via Steam. Pre-orders are available now at select retailers for the suggested retail price of $59.99.

Directed by Hidetaka Miyazaki, Sekiro: Shadows Die Twice is a third-person, action-adventure game with RPG elements. The single-player game puts players in the protagonist role of a hard-hearted warrior whose mission is to rescue his master, a young lord, and exact revenge on his arch nemesis. As “Sekiro,” or the “one-armed wolf,” players will discover the many ways to strategically approach combat and engage enemies.

“Collaborating with Activision on Sekiro: Shadows Die Twice has been a very exciting experience for us,” said Hidetaka Miyazaki, president and game director at FromSoftware. “With Sekiro: Shadows Die Twice many FromSoftware team members, including myself, are thrilled to be exploring themes of Sengoku Japan and ninja for the first time. We can’t wait for everyone to discover what’s in store for the game.”

Fans of FromSoftware will find familiarity in the gritty gameplay found in Sekiro: Shadows Die Twice where combat reigns supreme. Players will enjoy combining new features, such as vertical traversal, with visceral head-to-head battle to fulfill their destiny in a vast world filled with beautiful vistas, enormous castles, bizarre weaponry, and fearsome enemies.

“From Dark Souls to Bloodborne, FromSoftware has established a level of excellence that stands by itself in our industry, and we are incredibly honored to work with them in bringing Sekiro: Shadows Die Twice to fans worldwide,” said Steve Young, Chief Revenue Officer at Activision. “Sekiro: Shadows Die Twice will not only add a new and exciting genre to Activision’s portfolio, but will also give players an experience that’s unlike any other FromSoftware game to date.”

Game developer based in Tokyo, Japan. Known for the Armored Core series, Dark Souls series and Bloodborne amongst other titles. More information can be found on the official homepage: http://www.fromsoftware.jp/

Headquartered in Santa Monica, Calif., Activision is a leading global producer and publisher of interactive entertainment. Activision maintains operations throughout the world and is a division of Activision Blizzard (NASDAQ: ATVI), an S&P 500 company. More information about Activision and its products can be found on the company’s website, www.activision.com or by following @Activision.