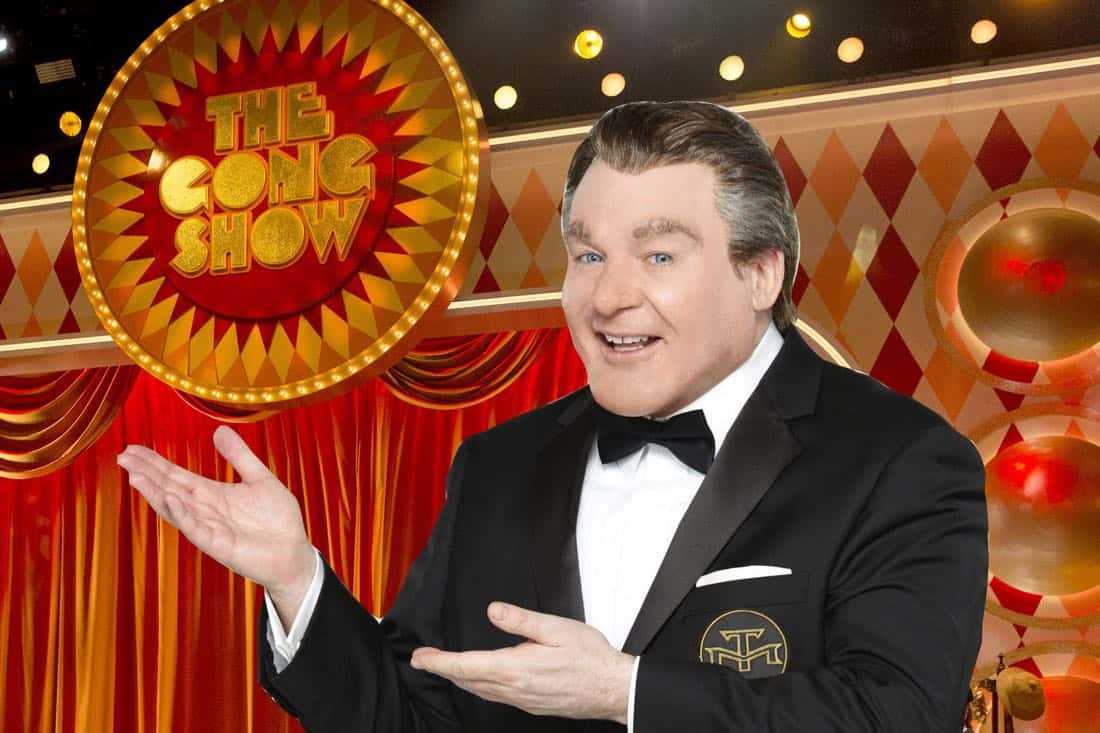 ABC has announced that it won’t be gonging its popular summer series “The Gong Show” and has renewed it for a second season. Celebrated film and television actor/comedian Mike Myers has finally confirmed the rumor that he is, indeed, the show’s host – British comedic legend Tommy Maitland.

“Being the host of ‘The Gong Show’ is a blast! Pure fun,” said Myers. “It is with great delight that I can finally admit that there is indeed a Tommy Maitland, and that I portray him.”

“The Gong Show,” which is executive produced by actor/comedian Will Arnett, will go into production later this year, and an airdate will be announced at a future date.

“I was just as surprised as the next guy when I heard ‘The Gong Show”s host, Tommy Maitland, was a character portrayed by the insanely talented Mike Myers,” Arnett revealed. “Despite this shocking news, I’m in total awe of the man, and we are so fortunate to have him as our brilliant host.”

Last summer, the iconic and irreverent talent show competition made its way into the 21st century with a bang, celebrating unusually talented and unique performers on a primetime stage for 10 episodes. A revolving panel of judges featuring Hollywood’s biggest stars, often including Will Arnett, praised, critiqued and gonged contestants in this revival of one of TV’s all-time great variety shows. Most performers went home with their unique talent that only a mother can love, but the winning act with the highest judges’ score received “The Gong Show” trophy and a check.