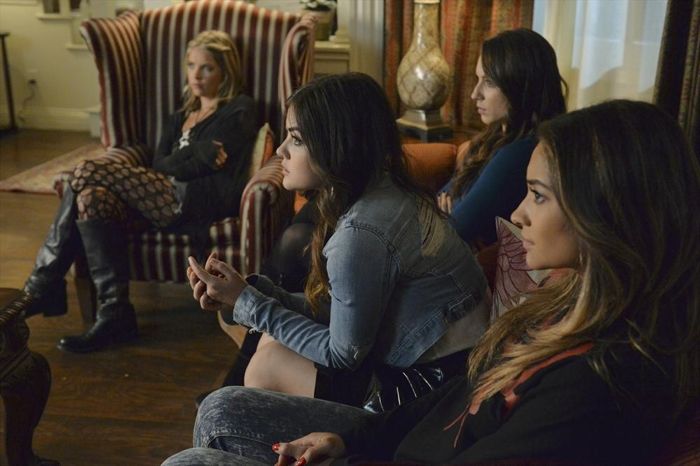 ABC Family President Tom Ascheim announced today that ABC Family will be renamed and rebranded as Freeform in January 2016. This evolution builds on ABC Family’s existing strategy of super serving “Becomers” – a life stage that spans people who are 14-34. The name, look, feel and attitude of the network will capture the nature of the Becomer audience and the modern way this audience generates and consumes media.

“Freeform evokes the spirit and adventure of our audience,” says Ascheim. “Freeform will deliver new, exciting original content as well as all the favorite shows our viewers already love on ABC Family.”

The name Freeform speaks to the mindset and attitude of what the channel has defined as Becomers. Traditionally, Becomers are in high school, college and the decade that follows and are navigating the wonderful, fun, exciting, and scary time in life when you experience the most firsts – first car, first apartment, first job, first love, first heartbreak – all the firsts that exists between who they are and who they want to become. Becomers represent a life stage rather than a generation. Eleven years ago, ABC Family was ahead of the curve when it began super-serving Millennials to become their entertainment staple. Today, nearly 70% of 12-34 year olds are Millennials, but in five years, Millennials will be less than half of the target. Becomers are 69 million strong in the US, with an estimated spending power in the trillions. There are two billion Becomers worldwide.

The audience’s identity and experience are fluid as they explore endless possibilities and their passions take shape. Freeform personifies this fluidity and will deliver ideas, forms of content and ways of interacting with the brand. Freeform is inspired by the interconnection between content and audience, media and technology, interactive and linear, life stage and life style and the way Becomers interact with them all.

The network remains committed to the critically acclaimed original series and programming stunts that have become pop-culture phenomena and made it so successful with the Becomer audience. “Pretty Little Liars,” “The Fosters,” “Young and Hungry” and “Baby Daddy” will all return in early 2016 for their winter premieres alongside the world premieres of new original series “Shadowhunters” and “Recovery Road.” Freeform will also continue the programming trajectory announced this April and will double the networks original programing over the next four years. New series pick-ups and series returns will also be announced later this month.

During the 2014/15 season, ABC Family landmarked as cable TV’s #1 network in Prime for the first time in the channel’s 15-year history in Women 18-34 and was the #1 ad-supported cable TV network for the fourth-consecutive season in Females 12-34. In addition, ABC Family extended its streak as a Top 5 cable TV network to seven-straight seasons in Women 18-49 and placed among the Top 10 for the seventh season in a row in Adults 18-34 and Viewers 12-34.

A social-media powerhouse, ABC Family is the #1 entertainment cable TV network this season to date across Facebook, Instagram and Twitter. A Top 5 cable TV series for the season, “Pretty Little Liars” continues to dominate across multiple social media platforms: #1 TV series on Instagram, with close to 144 million engagements and 3.7MM followers; holder of the Top 6 most tweeted scripted telecasts in cable TV history; #1 scripted show on Pinterest with over 172,000 followers; one of Snapchat’s biggest brands with 1.5MM friends and 14 million Likes on Facebook

The Freeform announcement is also being shared on all of the network’s active social platforms and will simultaneously launch a user-generated campaign (UGC) where fans are encouraged to submit photos and videos to Freeformfan.com that creatively express the word Freeform in a way that is inspired by their own lives and what they are passionate about. Their creative work may be used as part of our ongoing launch campaign underscoring a key component of Freeform’s brand essence, which is ongoing collaboration and co-creation with our viewers.

To further meet the needs and interests of Becomers, Disney Publishing Worldwide will also create new and exciting content dedicated to complementing and enhancing the Freeform experience, spanning multiple book formats under a new imprint with the same name, Freeform.

Part of the Disney|ABC Television Group, ABC Family (to be renamed Freeform in January 2016) is distributed in 94 million homes. The network entertains and connects to audiences with bold, relatable programming that celebrates the epic adventure of becoming an adult, from first kiss to first kid. The programming is a combination of network-defining original series and original movies, quality acquired series and blockbuster theatricals. “WATCH ABC Family” (also to be renamed Freeform in January 2016) is an authenticated service which allows viewers with participating TV subscription services access to 24/7 live viewing of the network, as well as continued on-demand access to such popular series at home and on-the-go via a wide array of devices. The network is also the destination for annual holiday events with “13 Nights of Halloween” and “25 Days of Christmas.”