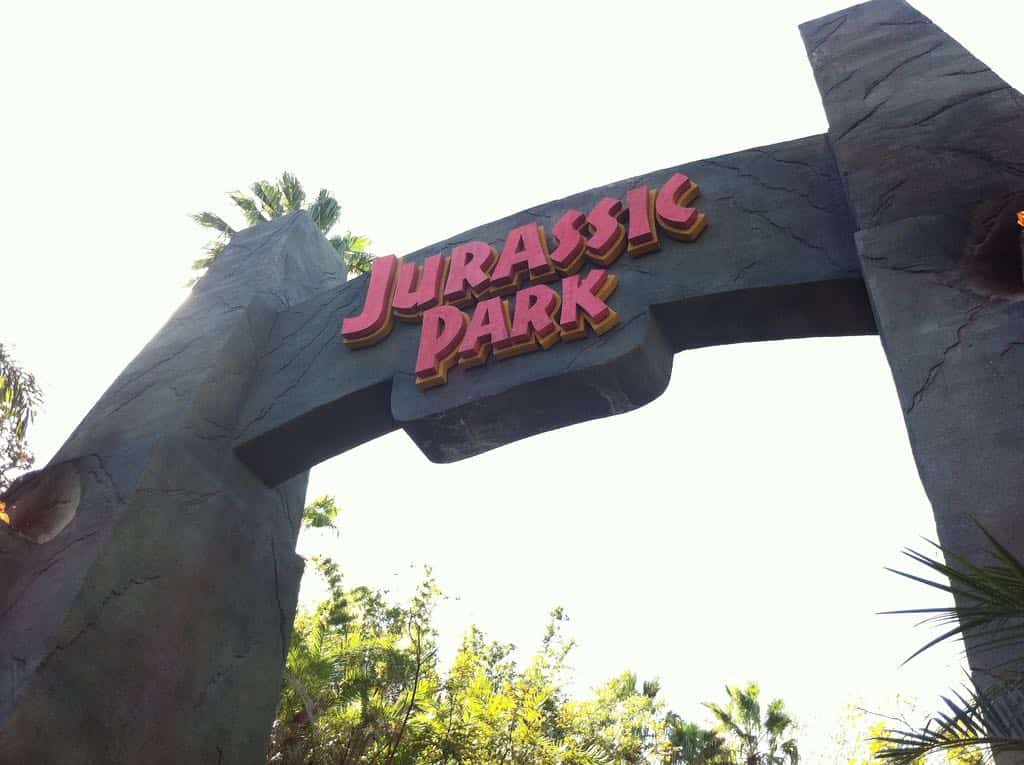 If there’s one thing that Hollywood loves more than a blockbuster hit, it’s a blockbuster franchise. With Jurassic World: Fallen Kingdom set for release in 2018, it’s fair to say that the greatest theme park ever made has done pretty well since it first opened its doors back in 1993. Indeed, when Steven Spielberg adapted Michael Crichton’s novel for the big screen, few would have guessed that it would take on a life of its own. Sure, when the original grossed just over $1 billion at the box office, it wasn’t hard to guess there would be a sequel but, since then, our love for Jurassic Park hasn’t become extinct.

As the stars of the sequel to Jurassic World, Bryce Dallas Howard and Chris Pratt, start to give us a glimpse into what’s in store, dinosaur fans are once again preparing for another movie epic. However, even before the latest instalment of the reptilian-based franchise comes to life, there are plenty of ways Jurassic Park and its offspring have become a part of common culture. Take, for instance, the gaming industry. Today, players of all persuasions can not only walk with dinosaurs but extract money from them. If that wasn’t enough, what about the wealth of Jurassic memorabilia or the high-octane ride in the US? Hollywood loves a franchise, which is why Jurassic Park has become a modern-day icon. Still not convinced? Let’s examine the evidence…

Jurassic Casino Games and Beyond

Online casino games have long taken on the guise of famous movies, so it should come as little surprise that Jurassic Park has done the same. Developed by Microgaming, this online slot is not only capable of dispensing cash prizes worth thousands, it features embedded images, sounds and video clips from Jurassic World. According to a recent Jurassic World slot review, “larger than life” 3D animations help to bring this game to life. Indeed, as you spin the five reels and 243 paylines, the likes of Indominus Rex can march across the screen in front of you and unlock progressive jackpots worth up to seven figures.

In fact, the casino world’s use of static and 3D elements is something that’s used by developers elsewhere in the gaming industry. Thanks to the developers at Felix & Paul, you can now step into a prehistoric world and walk with dinosaurs. Using the latest virtual reality (VR) technology, you can enjoy a “cinematic” experience from your own home. Known as Jurassic World: Apatosaurus, the Oculus Rift game allows you to enter the famous theme park and get up close and personal with its star attraction. Although your interactions are still fairly limited, the Gear VR game is a great way to feel what it would be like to be a part of Jurassic Park.

Moving on from the gaming industry, another obvious place to find the imprint of the Jurassic franchise is the world of events and memorabilia. As you’d expect, there are hundreds, if not thousands, of trinkets on the market today, from replica dinosaurs to signed posters and more. In fact, if you look hard enough, you can find some items that are actually worth something. For example, you can currently purchase a plastic fern leaf used in Jurassic Park III for around $170. Complete with a certificate of authenticity, this could be the most expensive fake fern in the world. If that’s not big enough, you could always spend $700 on the Jurassic Park Command Compound Playset or $7,000 on a Jeep Wrangler modeled on the ones used in the original movie.

If you’re more of a child at heart and want something a little more adrenaline-inspiring, there’s always the Jurassic Park ride. Housed inside the theme park wonder that is Universal Studios Orlando, the river ride basically sees you follow a similar trail of unfortunate events that the movie characters do. After starting out on a leisurely tour of the park, you’re bumped off course by an angry dinosaur. The rest of the thrill ride is a combination of near misses, sudden drops, and a watery end. Of course, as much of a splash as this ride makes, it’s nothing compared to the impact Jurassic Park has had over the last two decades. There’s no doubt the original was a movie hit but it’s everything else that’s evolved from that initial offering that’s helped make the Jurassic franchise a monster.