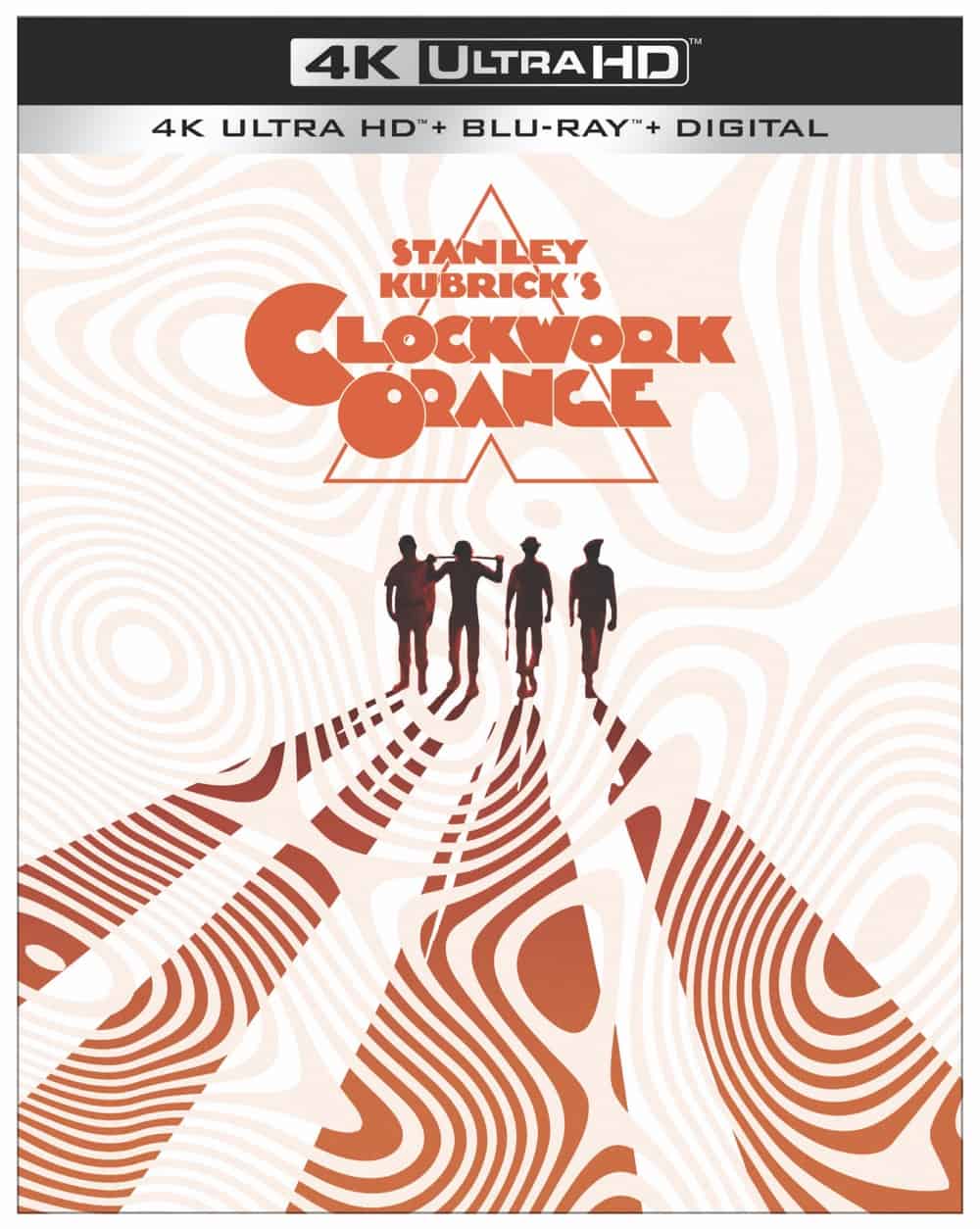 In 2020, the United States Library of Congress selected A Clockwork Orange for preservation in the National Film Registry, finding it “culturally, historically, or aesthetically significant.”

A Clockwork Orange will be available on Ultra HD Blu-ray Combo Pack for $24.99 ERP and includes an Ultra HD Blu-ray disc with the feature film in 4K with HDR and a Blu-ray disc with the feature film and special features. Fans can also own A Clockwork Orange in 4K Ultra HD via purchase from select digital retailers beginning September 21.

In an England of the future, Alex (Malcolm McDowell) and his “Droogs” spend their nights getting high at the Korova Milkbar before embarking on “a little of the old ultraviolence,” while jauntily warbling “Singin’ in the Rain.” After he’s jailed for bludgeoning the Cat Lady to death, Alex submits to a behavior modification technique to earn his freedom; he’s conditioned to abhor violence. Returned to the world defenseless, Alex becomes the victim of his prior victims.

On September 21, A Clockwork Orange 4K UHDwill be available to own for streaming and download to watch anywhere in high definition and standard definition on favorite devices from select digital retailers including GooglePlay, Vudu, Xbox and others, and will be made available digitally on Video On Demand services from cable and satellite providers, and on select gaming consoles.