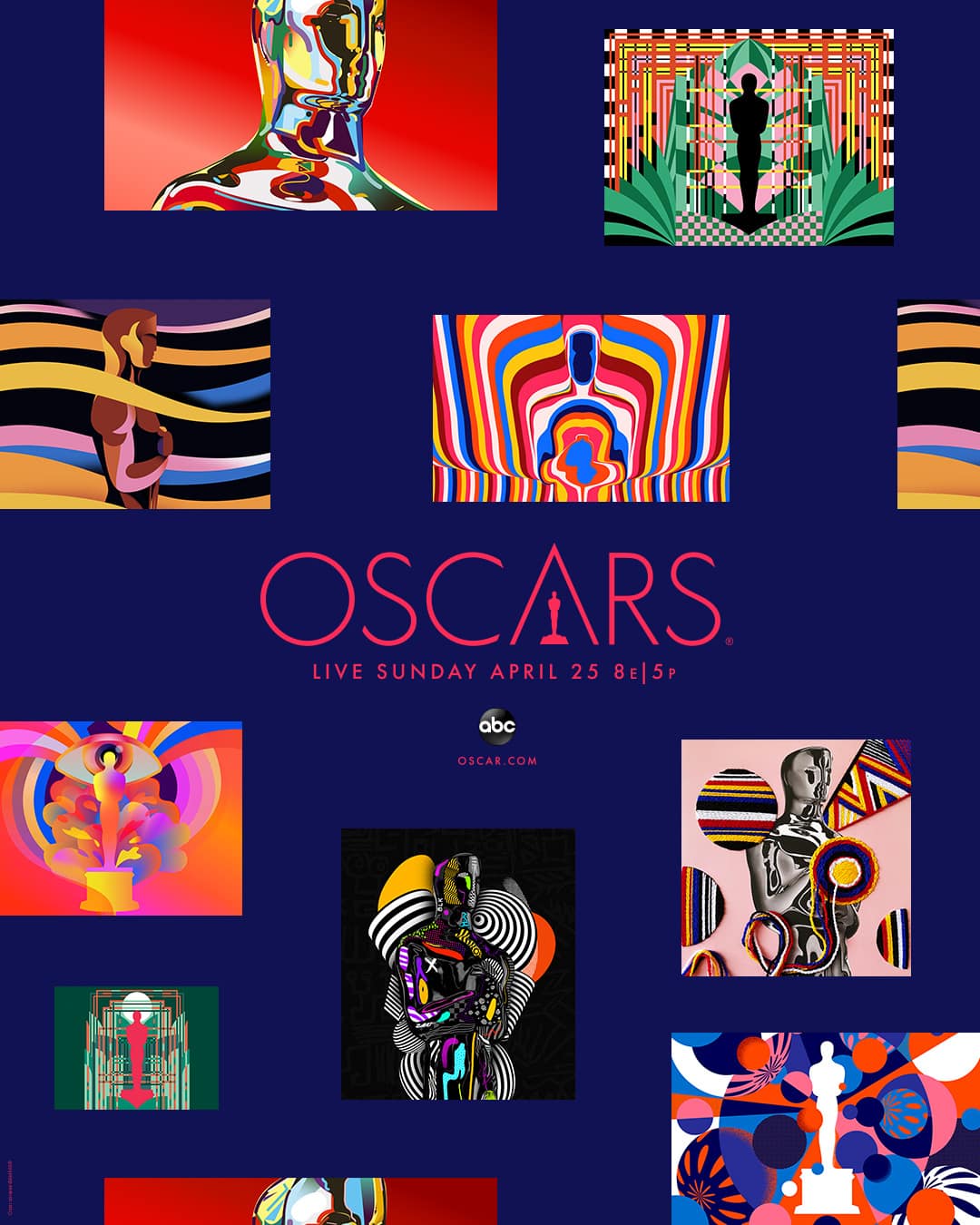 The Academy of Motion Picture Arts and Sciences has revealed the campaign art for the 93rd Oscars®.  The 2021 campaign illustrates this year’s tagline, “Bring Your Movie Love,” celebrating our global appreciation for the power of film to foster connection, to educate, and to inspire us to tell our own stories.

This year’s campaign features an expanded color palette, broadening the artists’ approach to reimagining the iconic statuette.  Ranging across illustration, motion design, painting, photography and textile art, the pieces are drawn from the artists’ diverse personal inspirations and experiences, including theaters of 1920s and ’30s Hollywood, film as both a form of escapism and a bridge of communication, and more.

The campaign art, as well as artist statements, photos and biographies, are available at Oscars.org.

Nominations for the 93rd Academy Awards® will be announced on Monday, March 15, 2021.

BOUT THE ACADEMY
The Academy of Motion Picture Arts and Sciences is a global community of more than 10,000 of the most accomplished artists, filmmakers and executives working in film. In addition to celebrating and recognizing excellence in filmmaking through the Oscars, the Academy supports a wide range of initiatives to promote the art and science of the movies, including public programming, educational outreach and the upcoming Academy Museum of Motion Pictures.