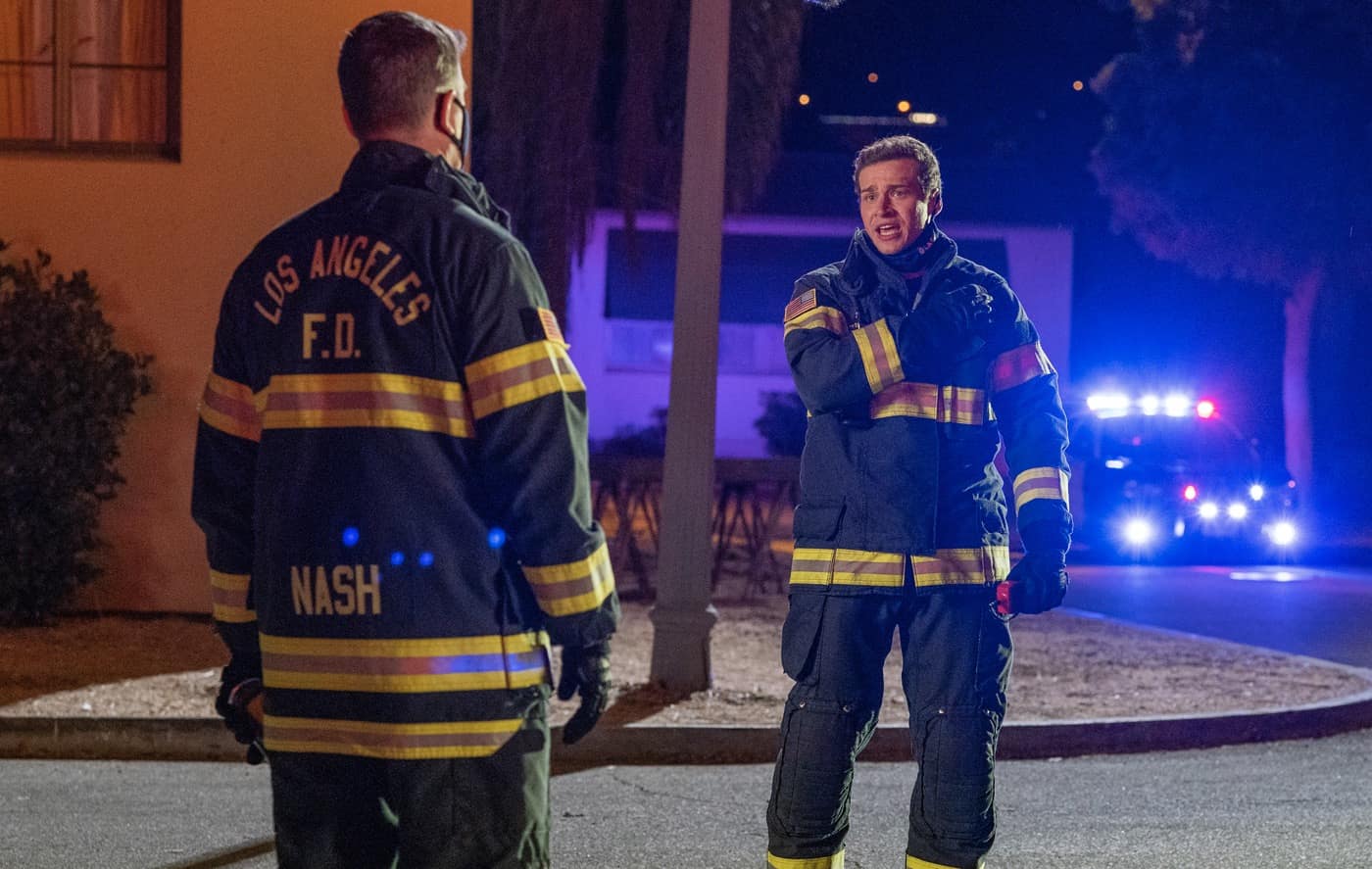 9-1-1 Season 4 Episode 6 Photos Jinx – The 118 believes their fabled firehouse superstition has come true when they have the day from hell with a never-ending series of bizarre emergency calls – Athena is in hot pursuit of a 118 firetruck; a man who duct-taped himself to freeway billboard, a garage full of fireworks and a restaurant manager destroying his own business. Meanwhile, Eddie feels a spark with Christopher’s former teacher, but admits to Bobby he may not be ready to move on in his personal life just yet in the all-new “Jinx” episode of 9-1-1 airing Monday, Feb. 22 (8:00-9:01 PM ET/PT) on FOX. (NIN-406) (TV-14 D, L, V) s04e06 4×06 4.06