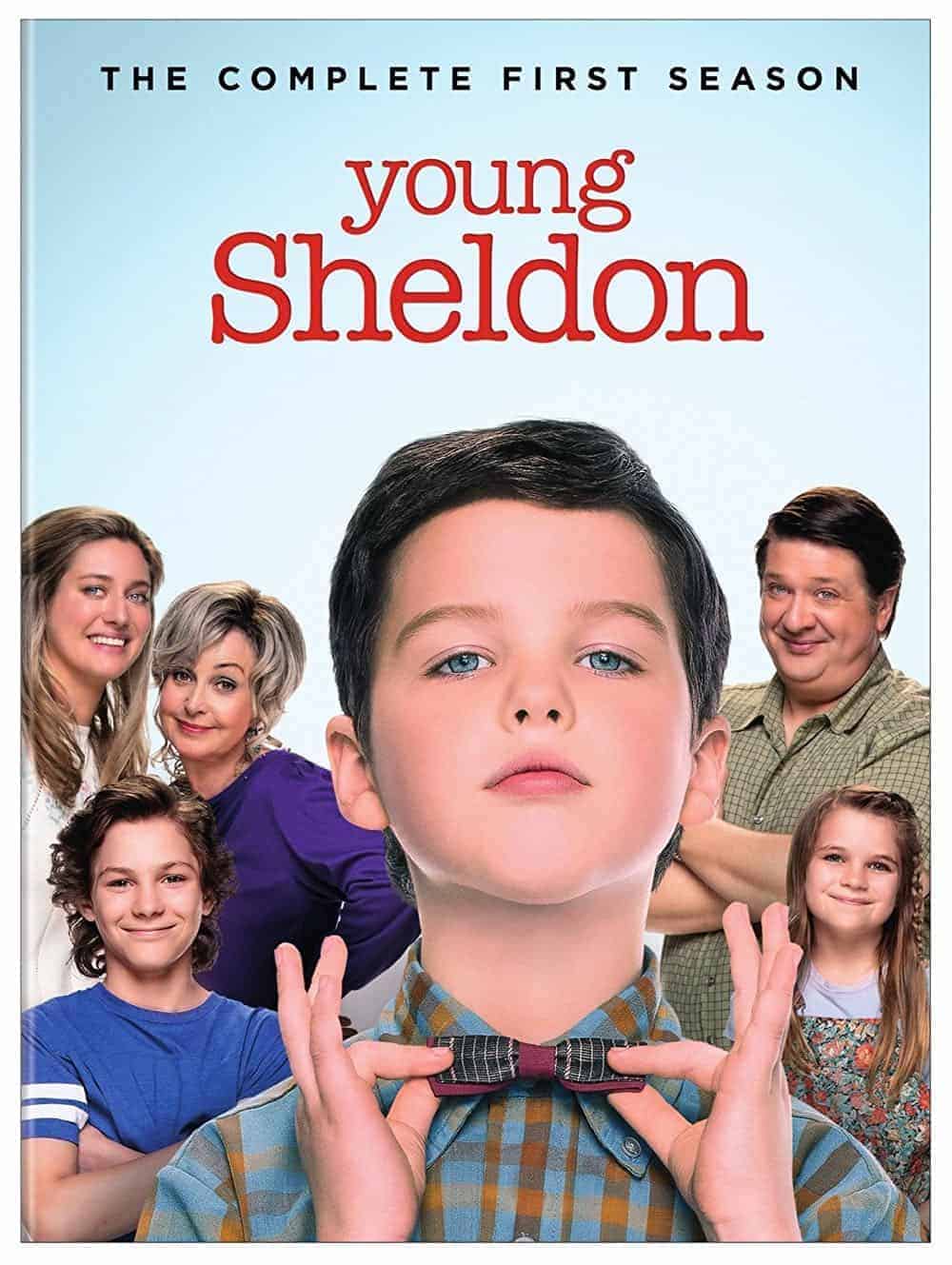 Don’t miss your chance to meet the iconic, eccentric and beloved Sheldon Cooper in his childhood as Warner Bros. Home Entertainment gets set to release Young Sheldon: The Complete First Season on DVD September 4, 2018 for $39.99 SRP. In its debut season, Young Sheldon garnered an average audience of 16.5 million Viewers per week, propelling the Big Bang Theory prequel to one of the Top Five Broadcast Sitcoms across all demographics. * Fans can catch up on all 22 episodes plus all-new bonus features prior to the show’s second season premiere. The first season of Young Sheldon is also currently available to own via purchase from digital retailers.

Young Sheldon: The Complete First Season will also be available on Blu-rayTM courtesy of Warner Archive Collection. The Blu-rayTM release includes all bonus features on the DVD and is also arriving September 4, 2018. Warner Archive Blu-ray releases are found at wb.com/warnerarchive and your favorite online retailer.

For the last decade on The Big Bang Theory, audiences have come to know the extraordinary Sheldon Cooper. Now, this single-camera, half-hour comedy gives us the chance to meet him in childhood, as he embarks on his innocent, awkward and hopeful journey toward the man he will become. Created and executive produced by The Big Bang Theory’s Chuck Lorre and Steven Molaro, Young Sheldon is also executive produced and narrated by Jim Parsons who plays Sheldon Cooper on The Big Bang Theory. The star cast features Iain Armitage (Big Little Lies), Zoe Perry (The Family, Private Practice), Lance Barber (The Comeback), Annie Potts (Designing Women), Montana Jordan (The Legacy of a Whitetail Deer Hunter) and Raegan Revord (Modern Family).

For nine-year-old Sheldon Cooper, it isn’t easy growing up in East Texas. Being a once-in-a-generation mind capable of advanced mathematics and science isn’t always helpful in a land where church and football are king. While the vulnerable, gifted and somewhat naïve Sheldon deals with the world, his very normal family must find a way to deal with him. His father, George, is struggling to find his way as a high school football coach and as father to a boy he doesn’t understand. Sheldon’s mother, Mary, fiercely protects and nurtures her son in a town where he just doesn’t fit in. Sheldon’s older brother, Georgie, does the best he can in high school, but it’s tough to be cool when you’re in the same classes with your odd nine-year-old brother. Sheldon’s twin sister, Missy, who sometimes resents all the attention Sheldon gets, but also remains the one person who can reliably tell Sheldon the truth. Finally, there’s Sheldon’s beloved Meemaw, his foul-mouthed, hard-drinking Texas grandmother who’s supportive of her grandson and his unique gifts.

1. Pilot
2. Rockets, Communists, and the Dewey Decimal System
3. Poker, Faith, and Eggs
4. A Therapist, a Comic Book, and A Breakfast Sausage
5. A Solar Calculator, a Game Ball, and a Cheerleader’s Bosom
6. A Patch, a Modem, and a Zantac
7. A Brisket, Voodoo, and Cannonball Run
8. Cape Canaveral, Shrödinger’s Cat, and Cyndi Lauper’s Hair
9. Spock, Kirk, and Testicular Hernia
10. An Eagle Feather, a String Bean, and an Eskimo
11. Demons, Sunday School and Prime Numbers
12. A Computer, a Plastic Pony, and a Case of Beer
13. A Sneeze, Detention, and Sissy Spacek
14. Potato Salad, a Broomstick, and Dad’s Whiskey
15. Dolomite, Apple Slices, and a Mystery Woman
16. Killer Asteroids, Oklahoma, and a Frizzy Hair Machine
17. Jiu-Jitsu, Bubble Wrap, and Yoo-hoo
18. A Mother, a Child and a Blue Man’s Backside
19. Gluons, Guacamole, and the Color Purple
20. A Dog, a Squirrel and a Fish Named Fish
21. Summer Sausage, a Pocket Poncho, and Tony Danza
22. Vanilla Ice Cream, Gentlemen Callers, and a Dinette Set

The first season of Young Sheldon is also currently available to own on Digital. Digital allows consumers to instantly stream and download all episodes to watch anywhere and anytime on their favorite devices. Digital retailers include: Amazon Prime Video, iTunes, Google Play, Vudu, Xbox and others.