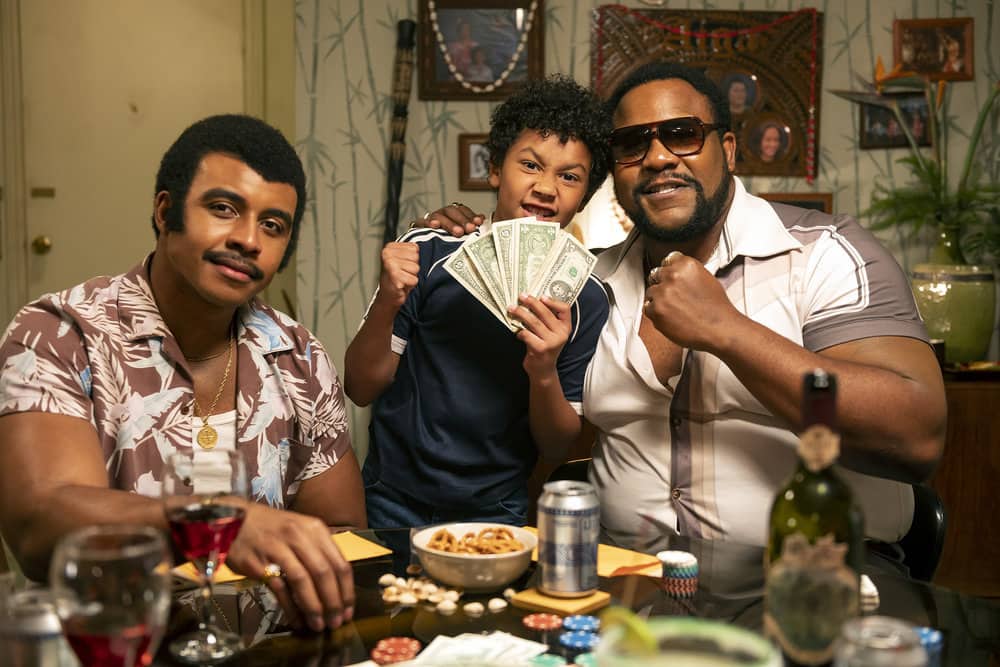 YOUNG ROCK Season 1 Episode 1 Photos Working The Gimmick – 02/16/2021 (08:00PM – 08:31PM) (Tuesday) : As Dwayne Johnson runs for president in 2032, he reflects on his surreal life that’s helped shape him into the man he is today. From growing up in a resilient family surrounded by wrestling icons, navigating rebellious teen years, to playing NCAA football at the U. This is how the boy became the man. s01e01 1×01 1.01

“Young Rock” focuses on different chapters of Dwayne Johnson’s life. From growing up in a strong and resilient family, to being surrounded by the wild characters of his professional wrestling family, to playing football at the University of Miami, the show will explore the crazy rollercoaster that has shaped Dwayne into the man he is today and the larger-than-life characters he’s met along the way.