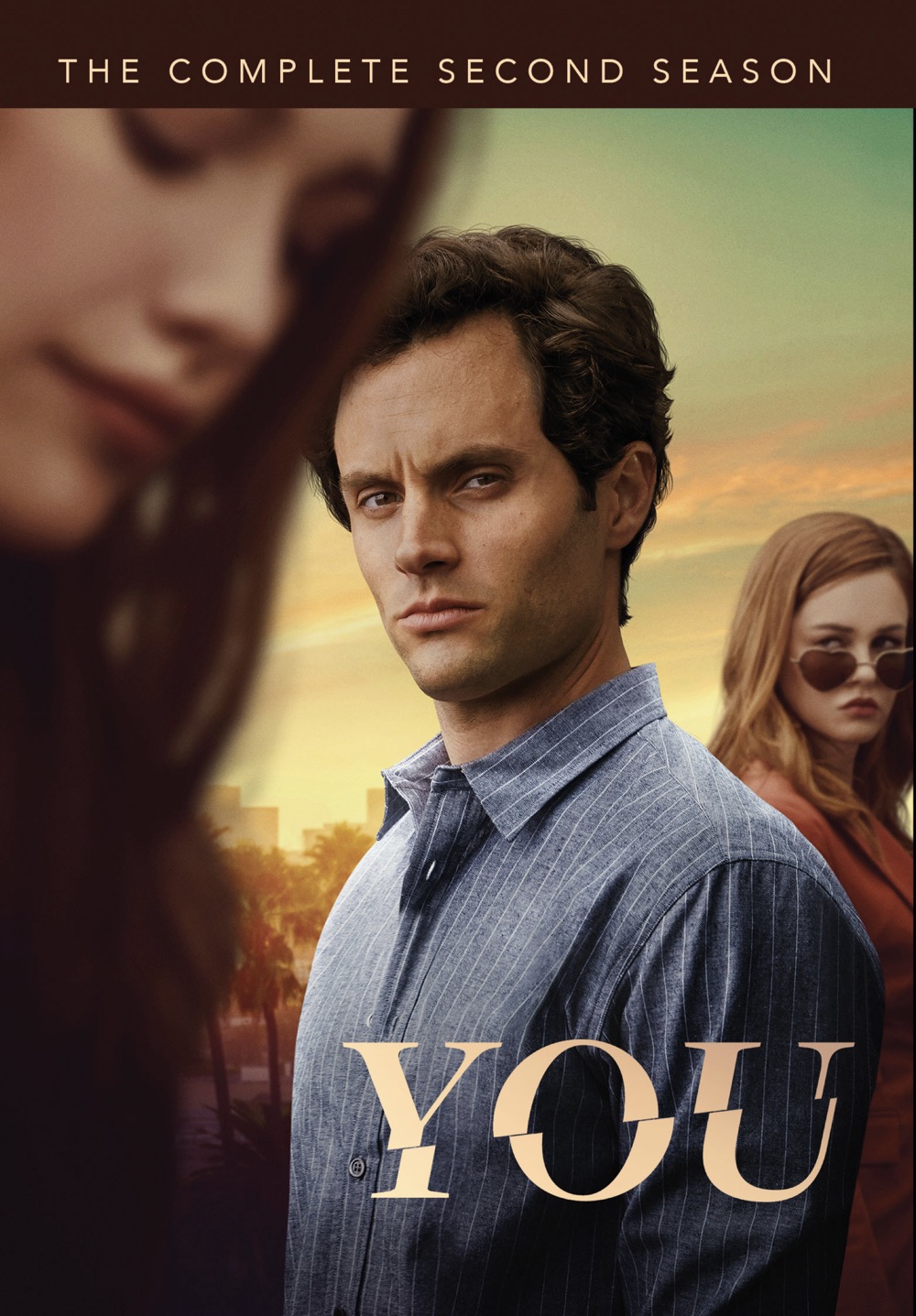 Bookstore clerk Joe (Penn Badgley, Gossip Girl) transplants his tongue-in-cheek attitude regarding modern dating, social media and obsessive love from New York to Los Angeles in Season Two of the surprise hit series. In a new city with a new identity and object of desire – the aptly named Love (Victoria Pedretti, The Haunting of Hill House) – Joe, now known as Will, attempts to turn over a new leaf in a city that admires the young, the beautiful and the rich. But Will soon discovers that Love’s life is even more complicated than his own…and the twists just keep on coming. From executive producers/writers Greg Berlanti and Sera Gamble and based on Caroline Kepnes’ best-selling novel of the same name, this psychological thriller takes you inside the mind of a brilliant twentysomething with an ominous flair for romance and murder.

YOU: THE COMPLETE SECOND SEASON
Available on DVD January 26, 2021