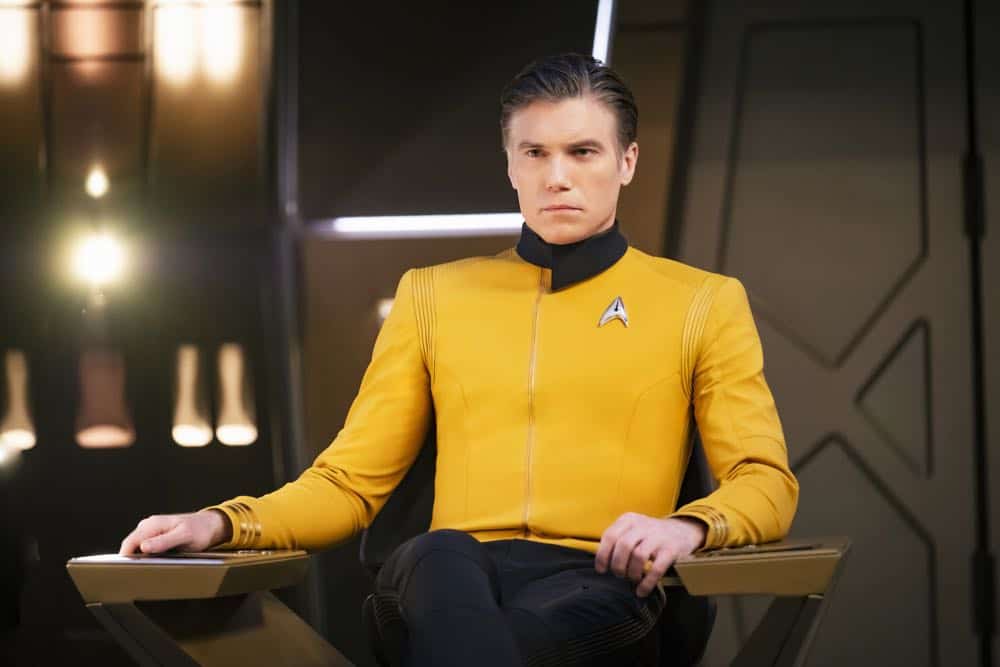 Given the amount of ‘Star Trek’ shows that are currently either broadcasting or in development, it’s sometimes difficult to remember (or even to imagine) that the show was off-air for so many years. There were twelve years between the final episode of ‘Star Trek: Enterprise’ in 2005 and the first episode of ‘Star Trek: Discovery’ in 2017. During that time, the only ‘official’ new content produced for fans of the famous old science fiction franchise was the trio of Chris Pike-led feature films, which re-imagined the adventures of Kirk, Spock, and the rest of the gang in an alternative universe.

Not everybody was thrilled with the films. In fact, not everybody was thrilled with ‘Discovery’ either. ‘Star Trek’ fans are notorious for never being completely happy with anything. We suspect that the majority of them are going to be happy with this news, though – they’re getting yet another brand new series set in the ‘prime’ universe, and it should be a treat for anybody who watched and enjoyed the second season of ‘Discovery.’ Without wanting to give too much away in case you haven’t seen it, during the show’s second season we got to see a younger version of Spock played by Ethan Peck, and a new version of Captain Pike (the captain of the USS Enterprise before James T. Kirk) played by Anson Mount. Peck and Mount were received warmly by the show’s fans, and because of that, they’re now starring in a spinoff of their own.

The show, which will be called ‘Star Trek: Strange New Worlds’ and will focus on the time between Pike rejoining the Enterprise from the USS Discovery and the time when he leaves to make way for Kirk, takes the number of ‘Star Trek’ shows currently in active production to four. The third series of ‘Discovery’ will start to air on CBS All Access later this year. A second series of the Patrick Stewart-led ‘Star Trek: Picard’ was ordered before the first season had even broadcast its first episode. ‘Star Trek: Section 31’ is due to begin pre-production for its first season shortly, and will see Michelle Yeoh reprising her role as Philippa Georgiou from ‘Discovery’ in a show set within the Federation’s somewhat-shady intelligence division. ‘Star Trek: Strange New Worlds’ makes four.

Four shows might seem like a lot for even the most devoted of ‘Star Trek’ fans to keep up with, and there may be a danger of CBS spreading the audience too thinly, but ‘Star Trek’ is a money-making machine to them. In truth, as much as fans of the franchise don’t like to admit it, ‘Star Trek’ has always been a money-making machine for whoever has owned the copyright. That’s why there are multiple ‘Star Trek’ themed games available at online slots websites such as Rose Slots. The Federation of the ‘Star Trek’ future might do away with money, but here on Earth in the present, human beings are as happy to spend their money on ‘Star Trek’ themed online slots as they are on subscription packages to watch television shows. If it’s not online slots, it’s action figures. If it’s not action figures, it’s authentic costumes from the show. More ‘Star Trek’ means more money for CBS, and they’re obviously prepared to push the envelope hard.

With so much ‘Star Trek’ around already, the big question that will be asked of ‘Strange New Worlds’ is what it might possibly be able to bring us that the other shows don’t already? Anson Mount has already been asked that question, and he’s already given a great answer. According to Mount, ‘Strange New Worlds’ will bring both optimism and humor to the franchise, and take an episodic approach to its structure. Those words ought to resonate with fans of the franchise. Even though ‘Discovery’ was less bleak in its second series than its first, the tone is still a little dark, and it’s sometimes hard to follow the story from one episode to the next without having to re-read the plot of the previous installment. ‘Picard,’ too, was bleak and long-form in its approach to storytelling. We don’t know what ‘Section 31’ might feel like yet, but given that it’s set in a ‘black ops’ department, we don’t imagine that it will be full of laughter. ‘Strange New Worlds’ could be the antithesis of all that, with a tone more akin to the original series or ‘the Next Generation.’

Hanging above all of this is a somewhat inconvenient fact. Anyone who is familiar with ‘Star Trek’ lore already knows how the story of Captain Pike ends, and it does not end well. The original 1960s series revealed that Pike ultimately ends up severely injured and confined to a wheelchair. Any suggestion that he could escape that fate was dashed when Mount’s version of Pike was faced with a vision of that same future during his time on ‘Discovery.’ However happy-go-lucky and entertaining ‘Strange New Worlds’ might be, Pike’s story is still going to end the same way. We all know it’s coming, and the more we fall in love with Mount’s interpretation of the character, the less we’re going to see it.

Perhaps we’re looking into that last point too deeply. This is science fiction, and anything is possible. The ‘prime’ timeline of ‘Star Trek’ has already been toyed with and altered so often that allowing Pike to avoid his fate wouldn’t really change anything in the grand scheme of things. It would annoy a few of the hardcore supporters and lead to complaints on social media, but they’ll always find something to complain about anyway. The big news here is that ‘Strange New Worlds’ is coming, and it promises to be a return to the positive, optimistic, easy-to-watch ‘Star Trek’ of the past. We don’t know exactly when it’s likely to arrive, and we suspect it’s a lot more likely that it will be 2021 than 2020, but we’re here for it whenever it turns up. We don’t know if it’s still possible for this franchise to boldly go where no-one has gone before after so many years, so many shows, and so many different perspectives on the same series of events, but we’re sure that Captain Pike and his loyal crew are going to give it their best shot.