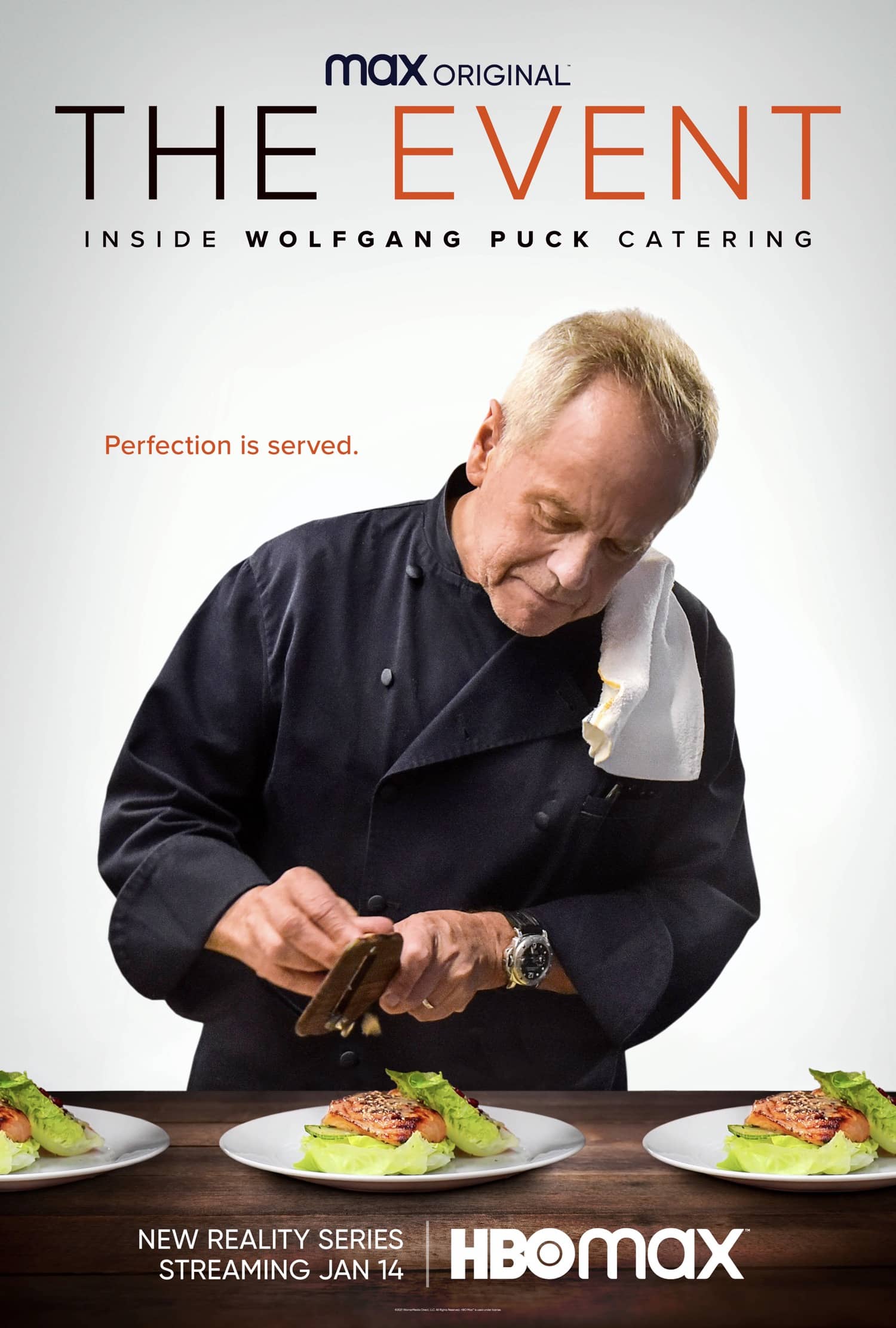 HBO Max announced today the premiere date for the upcoming unscripted series, THE EVENT, set to premiere January 14. The 4-episode culinary series takes viewers into the kitchen of Wolfgang Puck’s elite catering company as his team tackles some of the industry’s biggest, most exclusive events.

Known as the crème de la crème of the industry, Wolfgang Puck Catering is responsible for some of the nation’s most legendary corporate, cultural, and entertainment events. Placing viewers both behind-the-scenes and inside these lavish affairs, THE EVENT follows renowned restaurateur Wolfgang Puck and members of his skilled catering team through every step of their intricate execution process. Each episode features a different high-profile event – from the SAG Awards to HBO’s “Westworld” premiere party – offering access to trade secrets and an unprecedented look into the creative development, planning, and immense scope of running a world-renowned catering company.