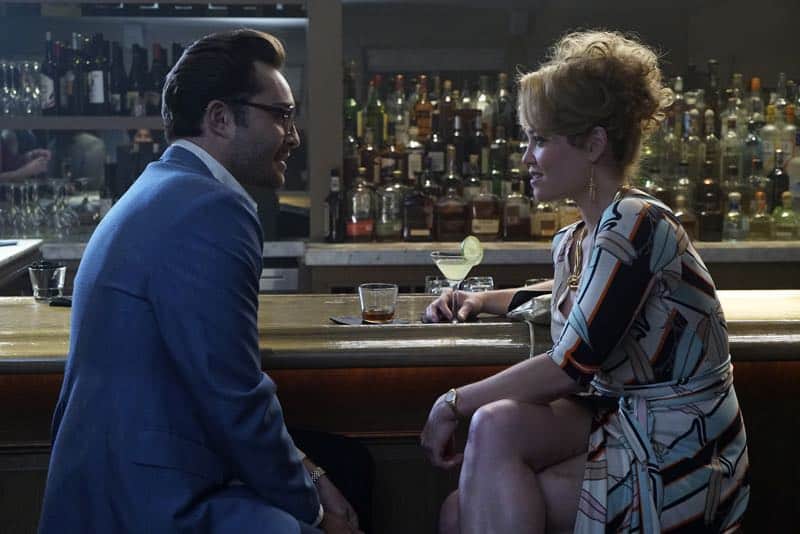 Anthology series seem to be all the rage these days. Cable started things off with the extremely successful American Horror Story, followed soon by Fargo and True Detective. But ABC has gotten into the game, too, with American Crime and WICKED CITY, the latter of which premieres this week on the alphabet network.

WICKED CITY’s first season tells the story of a serial killer on the Sunset Strip of L.A. in 1982. Kent Grainger (Ed Westwick, Gossip Girl) is the smooth-talking man that seduces ladies by telling them exactly what they want to hear, then stabs them to death and has sex with the bodies. He’s a psychopath who happens to love children, and can be quite scary, indeed.

Now, that description of what Kent does is pretty disturbing, but ABC doesn’t get too graphic, nor would anyone expect one of the broadcast networks to do so. The sex side of the crimes is handled without showing too much, barely any skin, and certainly none of the actual corpse desecration. Instead, it’s more about the seduction game, which Westwick does very well, talking the worst sides of his former character, Chuck, and making them bigger and more dangerous.

Several women come into Kent’s orbit in the first episode alone. There’s Betty Beaumontaine (Erika Christensen, Parenthood), a desperate single mother who quickly falls hard for the smooth fellow. There’s also Karen McClaren (Taissa Farmiga, American Horror Story), a wannabe reporter. And these are just the two I think might survive awhile; there are victims in the pilot.

Their best hope at staying alive is Detective Jack Roth (Jeremy Sisto, Suburgatory), who is on Kent’s trail. Given that this miniseries will last ten weeks, it’s surprising just how much Jack finds out in the first installment. Yet, Kent is smart, and I’m sure some of the information Jack gleans will soon become outdated and useless. The cat-and-mouse dynamic set up between Kent and Jack is immediately interesting.

Jack doesn’t work alone, of course. He has a new partner he despises, Paco Contreras (Gabriel Luna, Matador), as well as a romantic liaison, who happens to be an undercover officer, Dianne Kubek (Karolina Wydra, True Blood). These two may just serve as collateral damage as the case goes on, as they certainly are taking a back seat to Jack initially.

In an attempt to make Jack grittier and more complex, Dianne is the mistress, as Jack has a wife, Allison (Jaime Ray Newman, Mind Games), and teenage daughter, Vicki (Anne Winters, Tyrant), at home. But honestly, this doesn’t do as intended, as Jack seems like a typical hero even when he’s cheating on his wife. It’s like there are two separate Jacks, both equally noble, that happen to co-exist. This may be cynical on my part, being able to segment his life without judgment, but that’s how the show feels as it plays out, with Jack otherwise not being the least bit edgy.

WICKED CITY is engaging. There are a number of scenes in the first episode where I find myself on the edge of my seat, wondering what will happen. While it is done in the ‘true crime’ style, I’m not sure if it tells a real tale, like the inferior Aquarius, or a false one, like Fargo; I am not able to confirm this is based on a real killer. As such, it feels like anything can happen, and I hope ABC makes sure it stays that way, instead of settling into a comfortable pattern, as the broadcast networks usually do. If the rest of the episodes are as good as the pilot (and continue to have catchy music), I’ll be quite happy to continue watching.