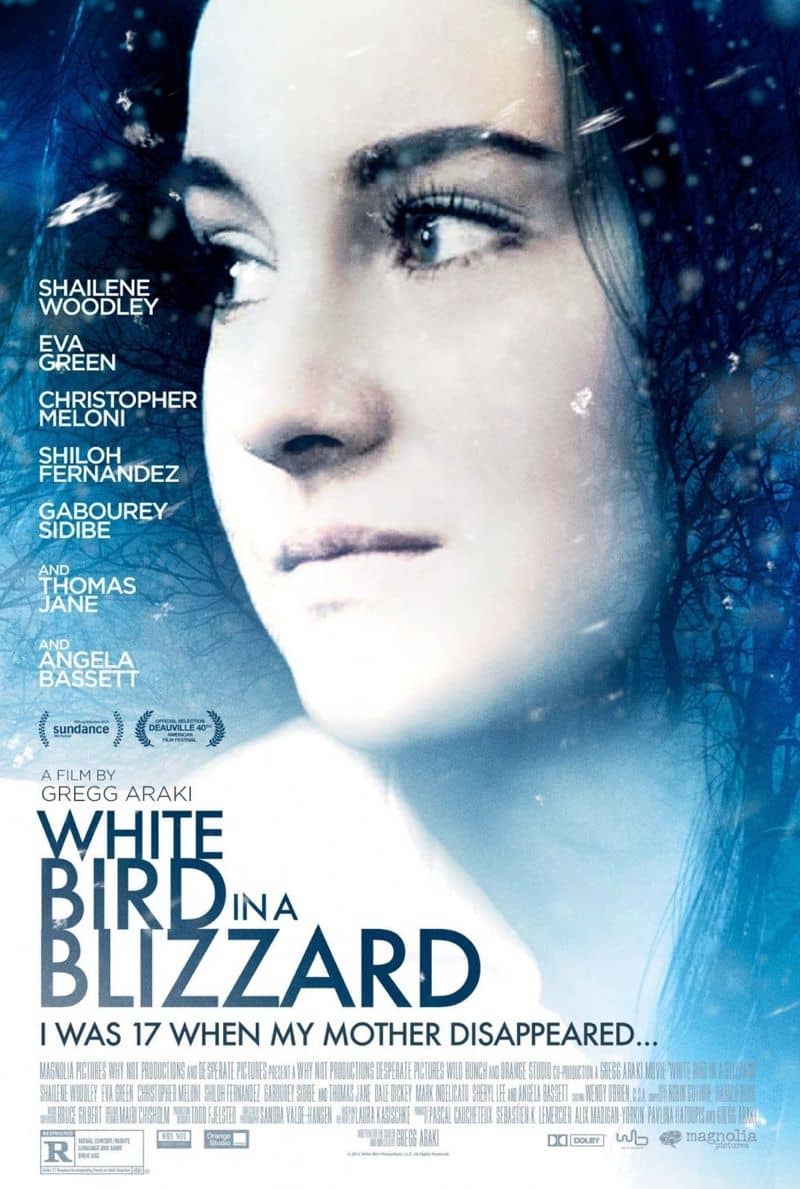 WHITE BIRD IN A BLIZZARD Movie Poster : Kat Connor (Shailene Woodley) is very close to her mother, Eve (Eva Green). The two talk about everything and they have no secrets from each other. They are also each other’s best friend and they spend a great deal of time together. Kat could never imagine what she would do if something ever happened to her mother. One day, Kat was waiting for a call from her mother and it was a call that never came. She soon began to realize that her worst nightmare had come true as her mother had disappeared. Kat’s life is turned upside down as she vows to find her mother no matter what. On her way to discovering what happened to her mother, Kat learns things that will change her life forever.