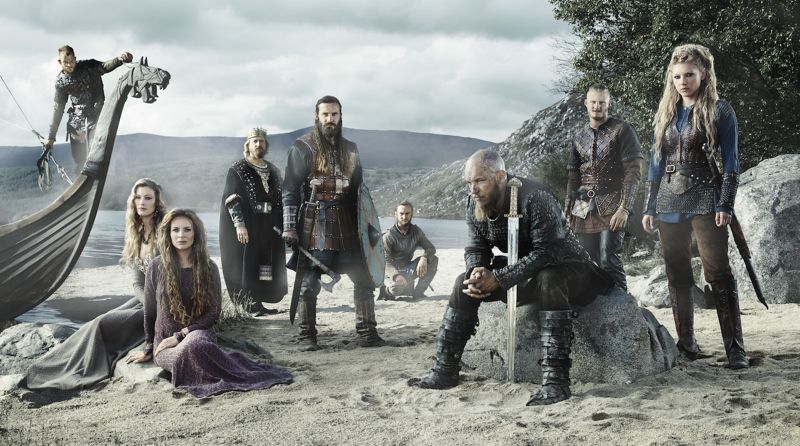 HISTORY® has picked up a fourth season of its hit scripted series VIKINGS, it was announced today by Dirk Hoogstra, EVP and General Manager, HISTORY & H2. VIKINGS is created and written by Michael Hirst (The Tudors, Elizabeth) and five new episodes remain in the current season airing Thursdays at 10 p.m. with the season finale slated for Thursday, April 23 at 10 p.m.

On a Live +3 basis for the first five episodes in season three, VIKINGS is averaging 4.3 million total viewers, 2.2 million Adults 25-54 and 2.0 million Adults 18-49. For five weeks in a row, VIKINGS ranks as the number one cable series on Thursday nights in all key demos in Live +3 delivery.

Production on season four will begin this spring in Ireland.

“VIKINGS has raided the hearts of both audiences and critics, establishing itself as one of the most compelling, visually stunning dramas on television,” said Hoogstra. “We are so proud of our immensely talented cast and crew led by Michael Hirst, whose intriguing storylines and pivotal arcs have the perfect balance of scope, smarts and bloodshed to keep our loyal fans watching and wanting more.”

MGM Television brought the series to the network and brings VIKINGS to the global audience, serving as the worldwide distributor outside of Ireland and Canada.

“VIKINGS is a tremendous success worldwide thanks to the visionary talents of Michael Hirst, the entire creative team and our partners at HISTORY,” said Roma Khanna, President, Television Group and Digital, MGM. “We look forward to entertaining audiences worldwide with the next epic season.”

VIKINGS tells the extraordinary tales of the lives and epic adventures of these warriors and portrays life in the Dark Ages through the eyes of Viking society. The gripping family saga of Ragnar (Travis Fimmel), Rollo (Clive Standen), Lagertha (Katheryn Winnick) and Bjorn (Alexander Ludwig) continues in season three as alliances and loyal friendships are questioned, faith is catechized and relationships are strained.