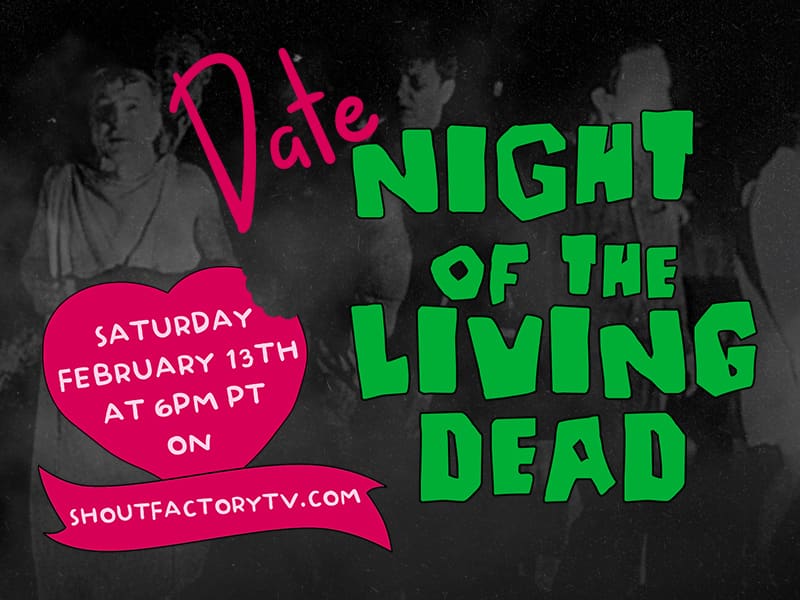 This February on Shout! Factory TV, chivalry is undead. The streaming service will host a Valentine’s Day marathon event called Date Night of The Living Dead, featuring a special screening of George Romero’s 1968 zombie classic, Night of The Living Dead, along with the 1932 Bela Lugosi-starrer White Zombie and two classic zombie-themed episodes of Mystery Science Theater 3000 – Zombie Nightmare and The Incredibly Strange Creatures Who Stopped Living and Became Mixed-Up Zombies.

Fans are encouraged to celebrate with someone who appreciates their beauty and their braaaiiinnnsss and tune in on for date night on Saturday, February 13th. It’ll be a scream!