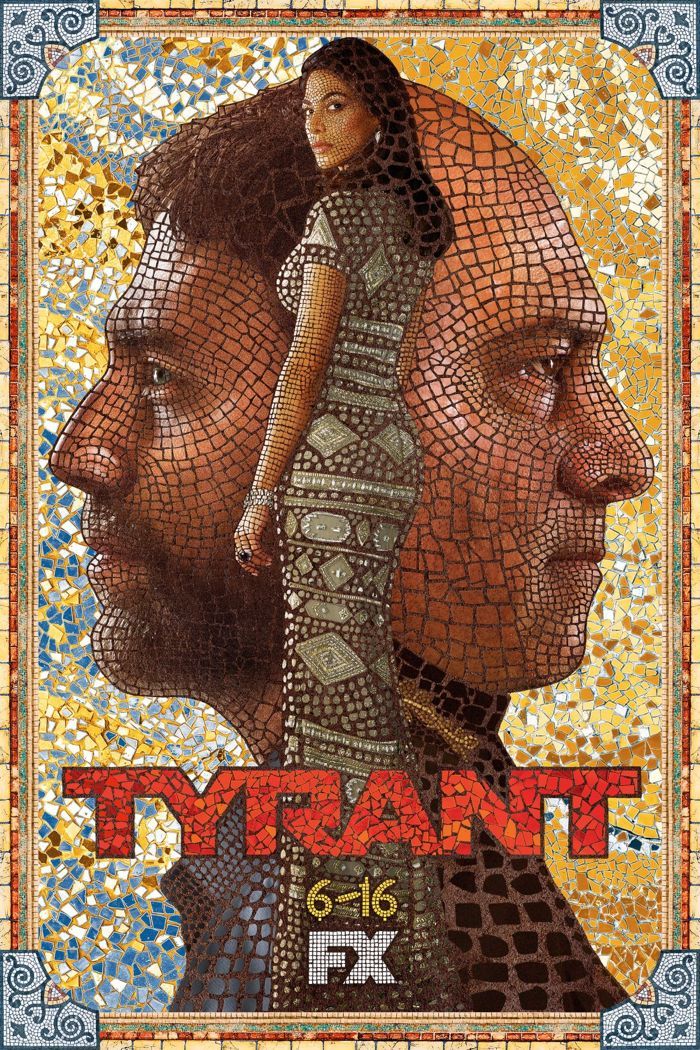 Tyrant is the story of an unassuming American family drawn into the inner workings of a turbulent Middle Eastern nation. Bassam “Barry” Al-Fayeed (Adam Rayner), the youngest son of a war-torn country’s controversial dictator, returns to his homeland after a self-imposed 20-year exile in America for his nephew’s wedding. When his father dies unexpectedly, Barry is forced back into the treacherous familial and national politics of his youth, reluctantly assuming the role of confidante and counselor to his temperamental brother Jamal (Ashraf Barhom), Abuddin’s new president. While his American wife and kids struggle to understand his reasons for staying, Barry has become a powerful force within the government, fueled by visions of bringing humanitarian freedoms to his homeland. Upon realizing that Jamal lacks any sense of justice or morality, Barry colluded with members of the U.S. government to covertly overthrow his tyrannical reign. Just as the coup is set in motion, however, Jamal uncovers the plot and has Barry arrested to face charges of treason. Barry’s wife, Molly (Jennifer Finnigan), has been granted permission to stay at the U.S. Embassy while awaiting news of his fate. Terrified and alone, Molly’s only comfort is that their teenaged children, Sammy (Noah Silver) and Emma (Anne Winters), were able to escape back to the United States before Barry’s arrest. Her mother-in-law, Amira (Alice Krige), serves as the only voice of reason between her sons and pleads with her eldest to exhibit leniency. Meanwhile, Jamal’s wife Leila (Moran Atias) revels in her new role as the First Lady of Abbudin. She has grand plans to introduce her nation onto the world stage as a land rich in history and cultural treasures. Having been betrayed by the West, Jamal has set his sights on the East, developing an alliance with China that he hopes will make Abbudin a global power. But Barry continues to be a thorn in his side. Jamal’s refusal to execute his brother has allowed an increasingly vocal insurgency to grow and Barry has become a symbol of their struggle for freedom. Rebel leader Ihab (Alexander Karim) continues to rally the people of Abbudin against Al-Fayeed rule, resorting to increasingly violent incursions. With all of the political and familial strife, Jamal’s son Ahmed (Cameron Gharaee) longs to escape to a simpler life away from Abbudin. His wife, Nusrat (Sibylla Deen), who was assaulted by Jamal on her wedding night, is determined to stay: the Al-Fayeed legacy will fall to her son, and she has every intention of collecting her due.