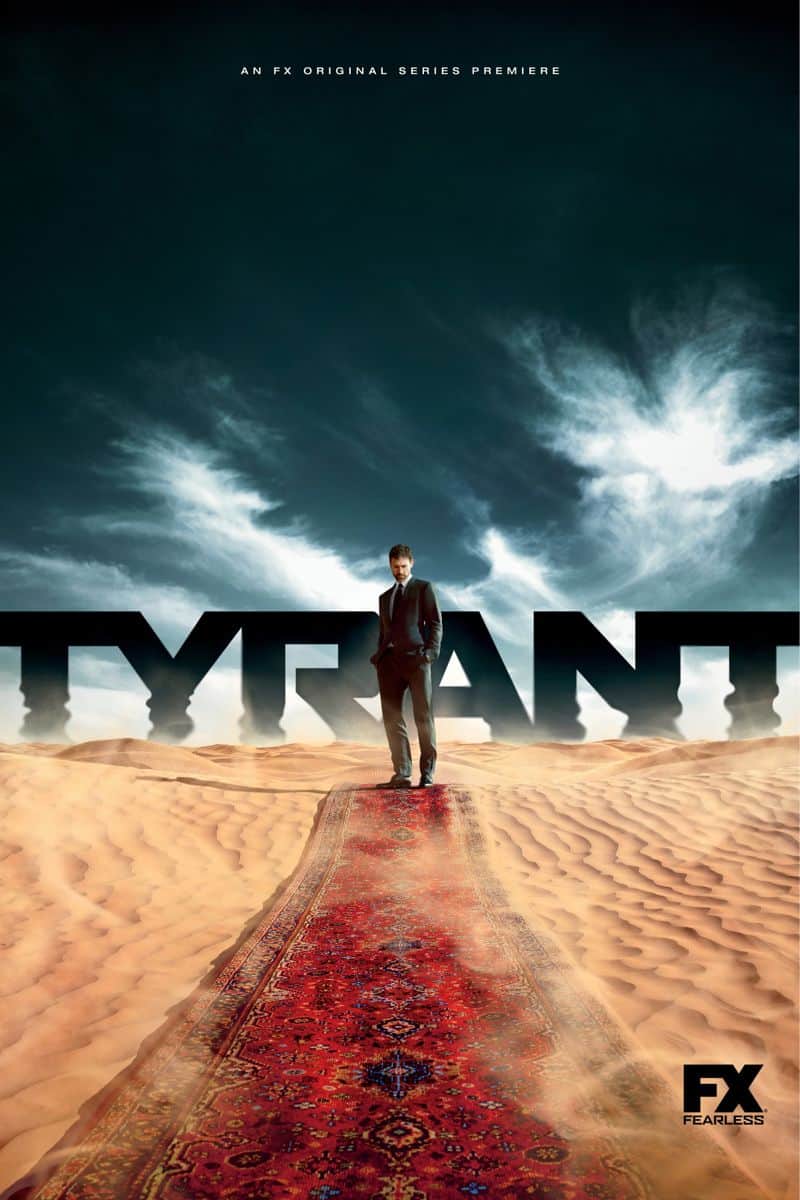 Tyrant tells the story of an unassuming American family drawn into the inner workings of a turbulent Middle Eastern nation. Bassam “Barry” Al-Fayeed (Adam Rayner), the youngest son of a war-torn country’s controversial dictator, returns to his homeland after a self-imposed 20-year exile in America for his nephew’s wedding. Upon his return, Barry is immediately thrown back into the familial and national politics of his youth. He braces himself to confront the stark realities of his father and older brother Jamal’s (Ashraf Barhom) harsh rule, and finds himself at odds with Jamal’s wife, Leila (Moran Atias), who strongly believes in a firm, unforgiving regime. Although his wife, Molly (Jennifer Finnigan), struggles to comprehend her husband’s apprehension, Barry is unable and unwilling to make his all-American family understand his unease over returning home. Emma (Anne Winters), their 17-year-old daughter, adores her father and shares his disdain for the extravagances of her extended family. Meanwhile, their son, 16-year-old Sammy (Noah Silver), revels in the lavish lifestyle their “royal” status brings, but dangerously tests cultural divides with his poorly disguised interest in handsome family bodyguard Abdul (Mehdi Dehbi). Barry’s only warm memory of his childhood, boyhood friend Fauzi (Fares Fares), wants nothing to do with him. Fauzi is now a journalist, whose reports on the abuses of the Al-Fayeed rule resulted in his arrest and torture. Barry must now confront the life he once fled. With his father’s health in decline, everyone – Jamal, their mother Amira (Alice Krige), their father’s top advisor Yussef (Salim Daw), and even easygoing U.S. diplomat John Tucker (Justin Kirk) – expects him to assume a more active role in both the family and the regime.