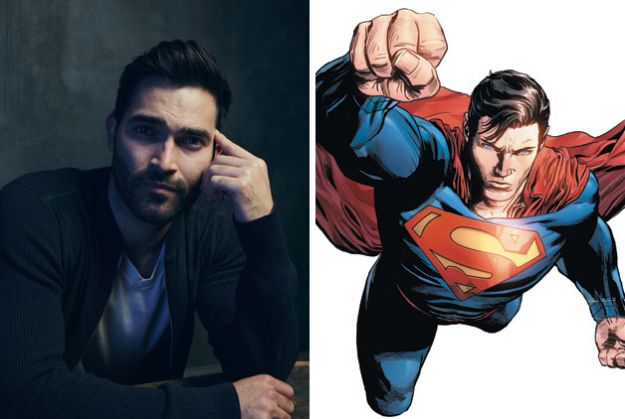 Metropolis has its hero! We announced earlier this month that Superman would be making an appearance next season on The CW’s Supergirl. Today we learned who would be filling the Man of Steel’s famous red boots.

Actor Tyler Hoechlin has been cast in the iconic role. You can look for him to make a two-episode appearance at the very beginning of Season 2. Hoechlin was last seen in Richard Linklater’s ’80s-set baseball dramedy Everybody Wants Some!, in which he had a lead role. He’s also appeared in Road To Perdition, Hall Pass, Solstice and Teen Wolf.

While we’ll have to wait to see Hoechlin in costume, people who caught him in Everybody Wants Some! know that he can certainly channel that small town good-naturedness you expect to see in a hero who grew up on a Kansas farm.

“Greg [Berlanti] and I have wanted to work with Tyler for ages, so this worked out perfectly because Tyler is Superman,” says Supergirl Executive Producer Andrew Kreisberg. “We are so thrilled and humbled to add another amazing actor to the legacy of this iconic character.”

Superman has been referred to on Supergirl many times and has engaged with Melissa Benoist’s Girl of Steel on several occasions via instant messaging. However, so far the only glimpses we’ve seen of him have been from a distance or greatly obscured.

So are you ready to see Hoechlin blast some heat vision? Are you already counting the days until Supergirl returns in the fall? We certainly are, though we won’t let it distract us from continuing to bring you Supergirl and other #DCTV news as it breaks. Make sure you’re following us on Twitter so you don’t miss out!