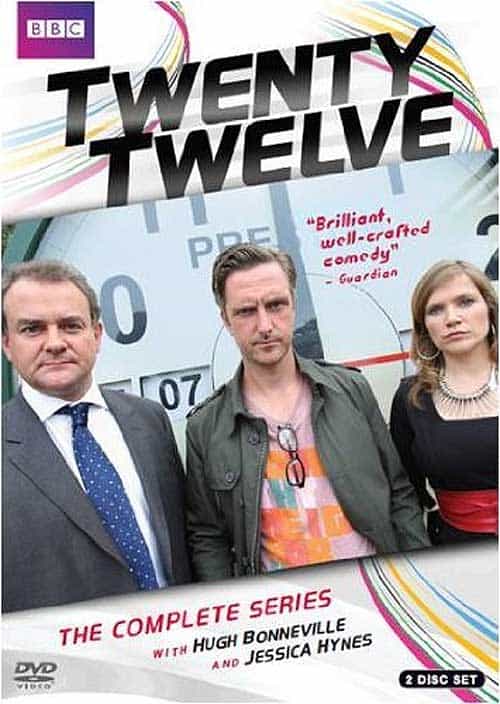 Seat42f and BBC Home Entertainment have teamed up to give THREE lucky winners a copy of TWENTY-TWELVE: THE COMPLETE SERIES on DVD. For a chance to win leave a comment below telling us why you want to add TWENTY-TWELVE: THE COMPLETE SERIES to your DVD collection. Only one entry per person. Contest ends January 29th. Winners will be notified on January 30th via email so make sure to use a valid email address when you post your comment.

Have you ever considered what happens behind-the-scenes of the largest sporting event in the world? Twenty Twelve, starring Downton Abbey’s Hugh Bonneville, Jessica Hynes (Spaced) and narrated by David Tennant (Fright Night, Doctor Who), takes a satirical look at the bureaucratic team responsible for delivering the biggest show on earth: the 2012 London Games. Dealing with such hot topics as how to phase the traffic lights across London to get people from west to east, which celebrities should be approached to carry the Torch and what to do with the Taekwondo hall after the event, Ian Fletcher (Hugh Bonneville) and his crack team of experts have £9 billion to spend and plenty of time before the deadline – what can possibly go wrong? From executive producer Jon Plowman (The Office, Extras, Absolutely Fabulous) and writer John Morton (People Like Us), the series brings actors and creators of some of Britain’s most iconic comedies together to discover the funny side of the London Games. Includes cast and crew interviews.