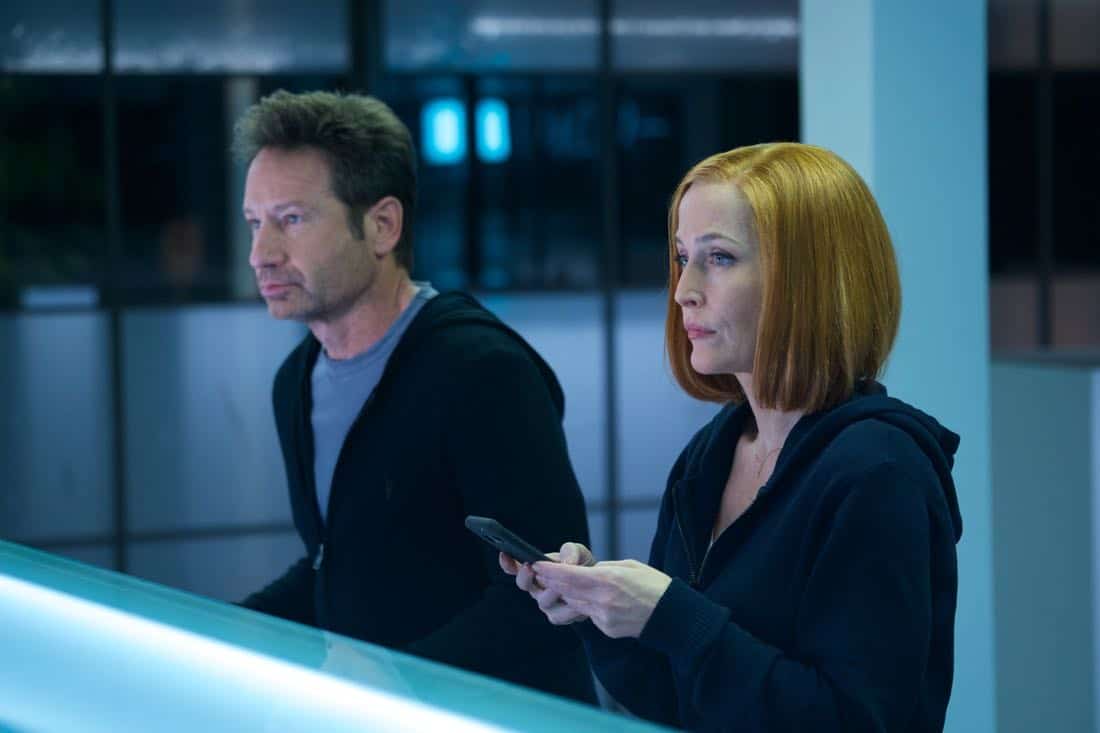 In a world of ever-increasing automation and artificial intelligence, Mulder and Scully find themselves targets in a deadly game of cat-and-mouse in the all-new “Rm9sbG93ZXJz” episode of THE X-FILES airing Wednesday, Feb. 28 (8:00-9:00 PM ET/PT) on FOX. (XF-1107) (TV-14 D, L, V) TV THE X-FILES Season 11 Episode 7 Photos Rm9sbG93ZXJz