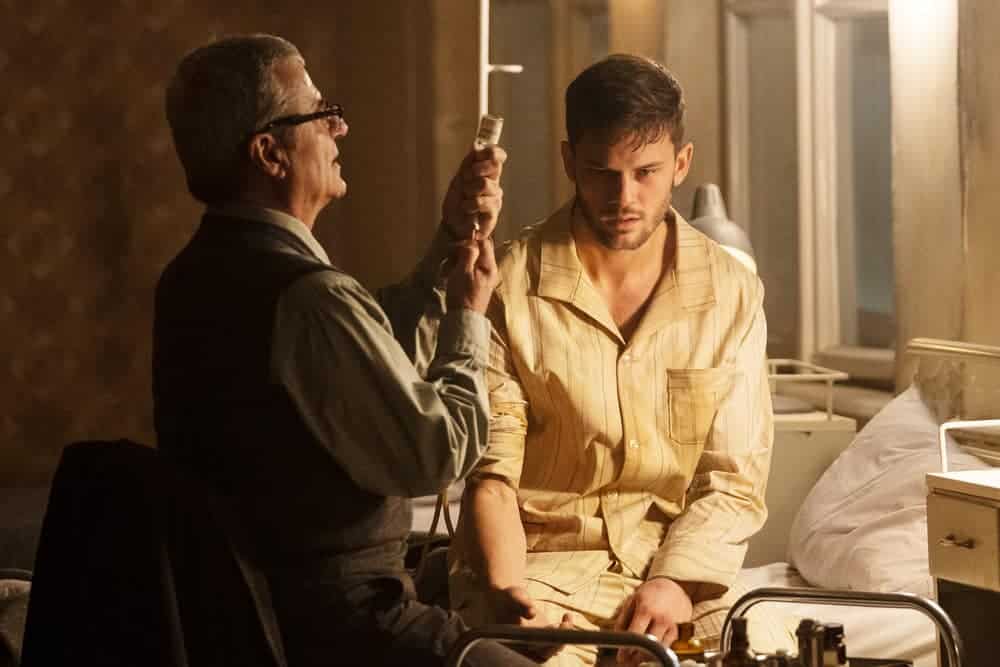 USA recently premiered a new drama series called TREADSTONE. If that name rings a bell, you are likely a fan of the Bourne films, and this show is set in that universe. Sleeper agents from the Treadstone project are being awoken to carry out assassinations. Can they be stopped, and should they be? Who knows about them, and what will they do with that information? Which random (physically fit) person walking down the street could be the next one activated?

Full disclosure, I didn’t care for the first Bourne movie, and never gave any of the sequels a chance. However, I did like the pilot of TREADSTONE. It is action-packed and full of mystery. It’s easy to get sucked into the situation as it is presented. Part of my issue with Bourne was how hard it was to follow, and the television continuation seems to do a much better job of laying out the myriad of questions while still allowing viewers to keep track of everything they need to know. It’s a hard thing to balance, and it seems to be well done here.

I also like much of the cast. Gabrielle Scharnitzky (Storm of Love) stands out as an older KGB agent named Petra who is protecting some very classified secrets on her farm. Her story is immediately sad, but also a bit humorous, and certainly compelling. Emilia Schule (Berlin Station) is interesting as a young Petra in flashback, and I look forward to seeing how the two will connect their character through the years. Michelle Forbes (The Killing) is always excellent, and her role as Ellen Becker, a CIA veteran trying to manage the fallout of these events, is no exception. Hyo-Joo Han (Dong Yi) is also impressive as one of the first sleepers to wake up, SoYun Pak. Can she continue her dual life, especially as she doesn’t understand half of it?

The male portion of the ensemble is a little less solid, though that may be at least partially due to inferior material to work with. The one who stands out the most from this gender is Brian J. Smith (Sense8) as Doug McKenna. Doug appears completely unaged between flashback and the current day, a confusing fact not explained in the first episode. He rings a little too close to Jason Bourne for my taste, and his plot threatens some of the same avenues I didn’t like about the initial movie. Hopefully, this will be overcome by the strong women’s roles.

As far as the look and direction of the show, it’s spectacular. With an international setting, there is a wide range of places covered and no limits to where the tale may go. Episode one makes full use of this premise, and I would expect the series to continue to expound upon that over time. The tone is consistent and the pacing is fast, but not too fast. From a technical standpoint, I have no complaints.

I’m not sure if I will watch any more of TREADSTONE. I likely won’t purely because I didn’t connect to the source material, and while there are some impressive elements, especially concerning Petra, Becker, and SoYun, the weakness of other characters make the show a maybe-dump. With so many other strong options to watch, it’s hard to argue for even a good series with these initial problem areas. A deciding factor could be the creator, Tim Kring, who wowed with the first season of Heroes before disappointing fans in subsequent years. That, in my opinion, is just enough to tip the balance against this show, though not by much.