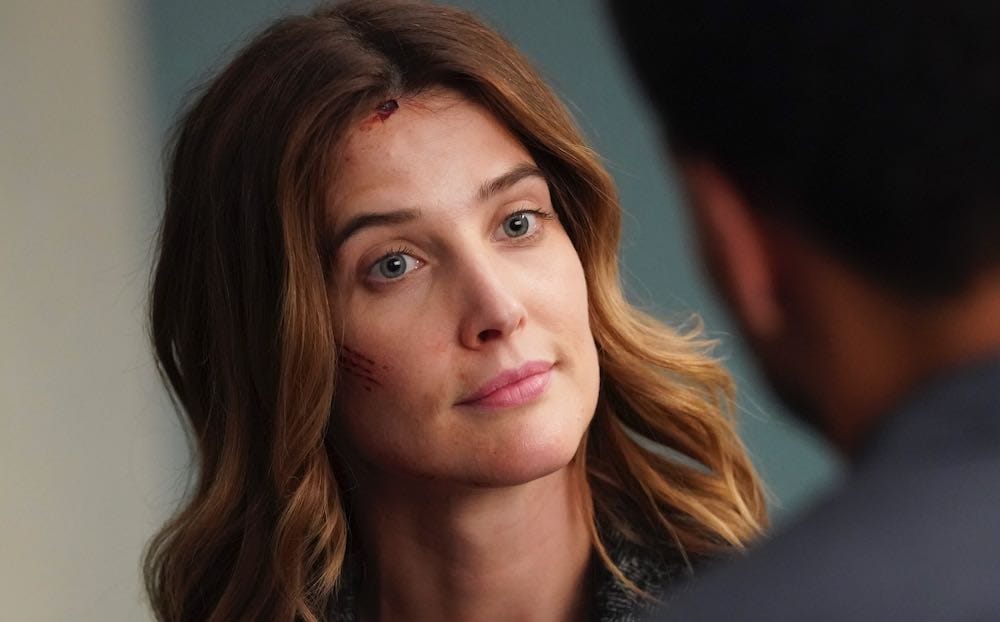 Let’s get this out of the way immediately: broadcast network television does not need another detective show. I’m serious. Please stop. There are way, way, way too many already. I don’t promise not to raise related complaints below, but that’s the first statement that needs to be made here, even though I’m very tired of making it.

All right, with that being said, let’s take a look at the new ABC series STUMPTOWN. Dex Parios (The MCU’s Cobie Smulders) is a traumatized war veteran who splits her time between gambling away her military benefits, drinking, and taking care of her brother, Ansel (Cole Sibus, Spare Room), who has Down syndrome. Then, the daughter of her dead love goes missing, and the hard-headed grandmother (Tantoo Cardinal, Blackstone), also a casino owner, asks Dex to get the girl back in exchange for erasing some of Dex’s debt. Thus, Dex acquires a new hobby.

Smulders is excellent. She proved it as Robin Scherbatsky in How I Met Your Mother, and she has continued to kill it as Maria Hill in the Marvel movies. She does complexity well, and she can be a total badass in action scenes. She has both humor and heart, and deserves to be the lead in a hit show. I just wish it were a Maria Hill series instead of this. Dex herself is even an interesting character that exists in a fleshed out world. But we’ve seen her type before. A lot.

The cast of STUMPTOWN is, as usual these days, stocked with fine performers. Sibus is very good, as is Cardinal. New Girl’s Jake Johnson is Dex’s platonic (for now) friend Grey. Michael Ealy (Almost Human) is Detective Miles Hoffman, who is assigned to work the case of the missing girl for the official police department. Hoffman’s boss, Lieutenant Cosgrove, is played by Camryn Manheim from The Practice. Adrian Martinez (Focus) plays informant Tookie. I have no gripes with this ensemble.

The production also looks good. The lighting and design are a bit unique, embracing Portland as a setting instead of New York or Los Angeles. The action scenes are quick, not too gratuitous, and while they come often, there is care to fit them into the story. Creator Jason Richman (Detroit 1-8-7) certainly knows how to make a quality television show.

But where things begin to fall apart for me is the premise and several key elements. Only on television do the cops decide to work with someone from the private sector on a regular basis, and it’s become a tired cliché in series. Dex is much smarter and better at doing the job than Hoffman or Cosgrove, which doesn’t make a lot of sense. The love triangle with Hoffman and Grey is predictable and trite. Tookie is the expected comic relief. None of this transcends the bounds that other programs have put in place, nor seeks to be startlingly original.

STUMPTOWN is a charming, well-made series. But it’s also a procedural, and to be honest, this type of show has now become so common that it’s gone beyond boring and into solidly annoying. If the focus was on Dex’s PTSD and personal problems, it could make an interesting cable show. Instead, as per usual, it looks like that will be handled in bits and pieces while the A Plot will be a case-of-the-week, easily wrapped up at the end of an hour. You might as well binge one of the dozens of similar programs already out rather than start a new one.

For what it is, STUMPTOWN is good. Smulders et al, and we the viewers, just deserve something a lot better than this.