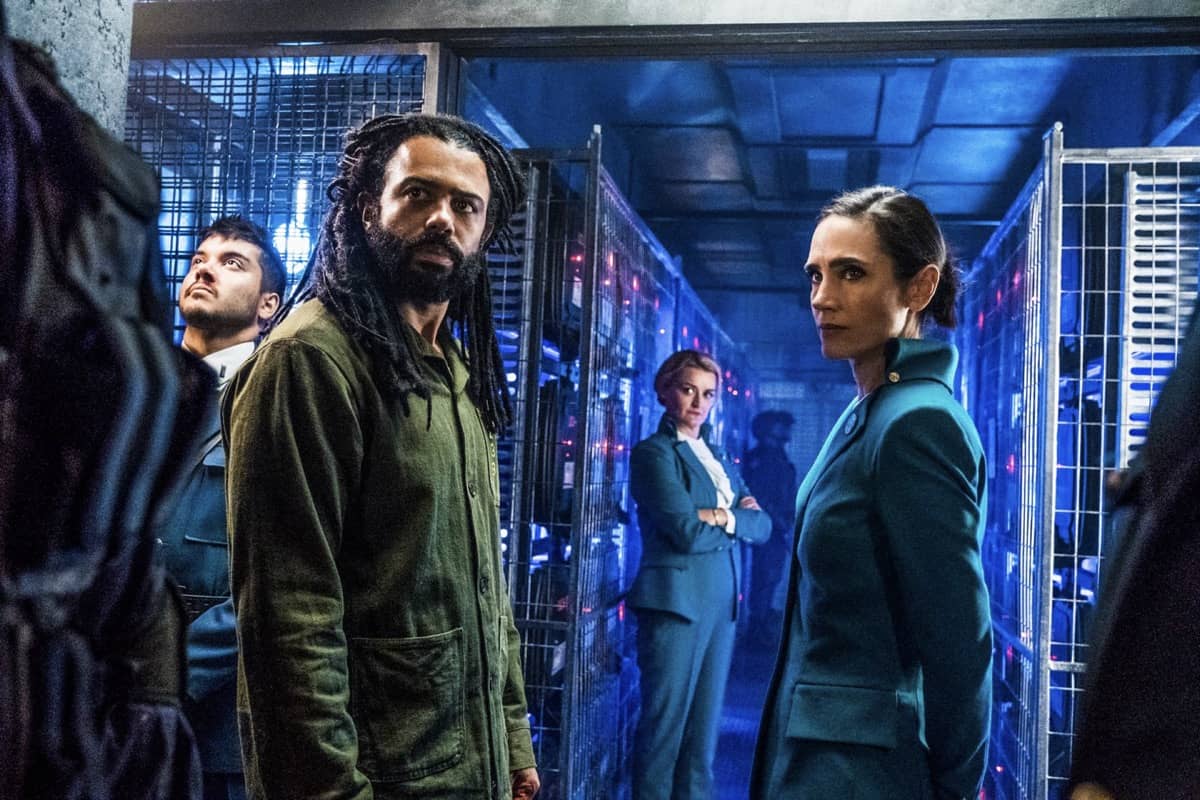 This weekend, TNT premieres SNOWPIERCER, a series set on a train that continuously circles the Earth after an apocalyptic event has left the surface so cold that it’s uninhabitable. If the title sounds familiar, it’s because there is already a film and several graphic novels by the same name. However, this a brand-new story that, while taking elements from both page and screen, introduces all-new characters and an all-new train. The books establish there are multiple trains, so this could possibly be a separate one from the films and graphic novels, which were themselves separate, set in the same world. But it isn’t clear if that is so in this version helmed by Graeme Manson (Orphan Black).

I think it’s a good idea to not connect the series too closely to what’s come before it. Doing so would really pin the writers down within the established canon and limit what could be done with it. A television series will run longer and cover much more story than a film or a few books, so it needs freedom. Based on the design alone, which borrows elements from both predecessors, this is clearly a new train. And that gives the production department the ability to really re-think everything, keeping what works, and adding some pleasing new elements, like the Night Car and a seemingly completely fresh take on the engine.

Of course, any story needs strong characters, and SNOWPIERCER is no exception. Viewers are essentially given two individuals to follow. Though, there are plenty of strong supporting cast members, too, including Mike O’Malley (The Good Place), Alison Wright (The Americans), Steven Ogg (The Walking Dead), Sheila Vand (24: Legacy), Susan Park (Fargo), and Mickey Sumner (Frances Ha), among others.

At the tail of the train is Andre Layton (Daveed Diggs, Hamilton, Blindspotting). The only homicide detective onboard, he is pulled out of the back to investigate two murders, which happened several years apart. This throws a wrench in what some of his compatriots would like to do to fight back. But for Andre, this is gold because it gives him plenty of opportunity for reconnaissance, as he believes they need more intelligence in order to properly establish a rebellion. Unsurprisingly, Andre is a text-book hero with noble intentions and few serious faults.

Thankfully, SNOWPIERCER is not a murder mystery. That element is there, but it’s far from front-and-center. We’ve got enough other shows that do such a thing, and here it’s only being used as a tool to explore the different classes and examine how the system works. That’s a fine use of the device without letting it take over.

Speaking of the system, the face of Mr. Wilford this time around is the Head of Hospitality, Melanie Cavill (Jennifer Connelly, A Beautiful Mind). She keeps everything running smoothly, which is a very complicated job. While those that run the SNOWPIERCER in other adaptations have rarely been fully evil, Melanie is probably the furthest from that portrayed so far. She is genuinely concerned with keeping everyone from dying, and the pressure that puts on her are well-illustrated. The fact that this makes her blind to the plights of the tail humanizes her more than Andre, by giving her legitimate flaws that are understandable, though deeply regrettable, in the circumstances.

SNOWPIERCER is at its best, in any format, when it’s shining a light on our present-day circumstances. The television show does plenty of that, and in a way, it succeeds. Where it falters is the pacing is a little slow. But there’s still enough social commentary and sci-fi to please most would-be viewers, alongside the occasional impressive special effect.

SNOWPIERCER, already renewed for a second season, premieres this Sunday at 9PM ET, and airs weekly on TNT.