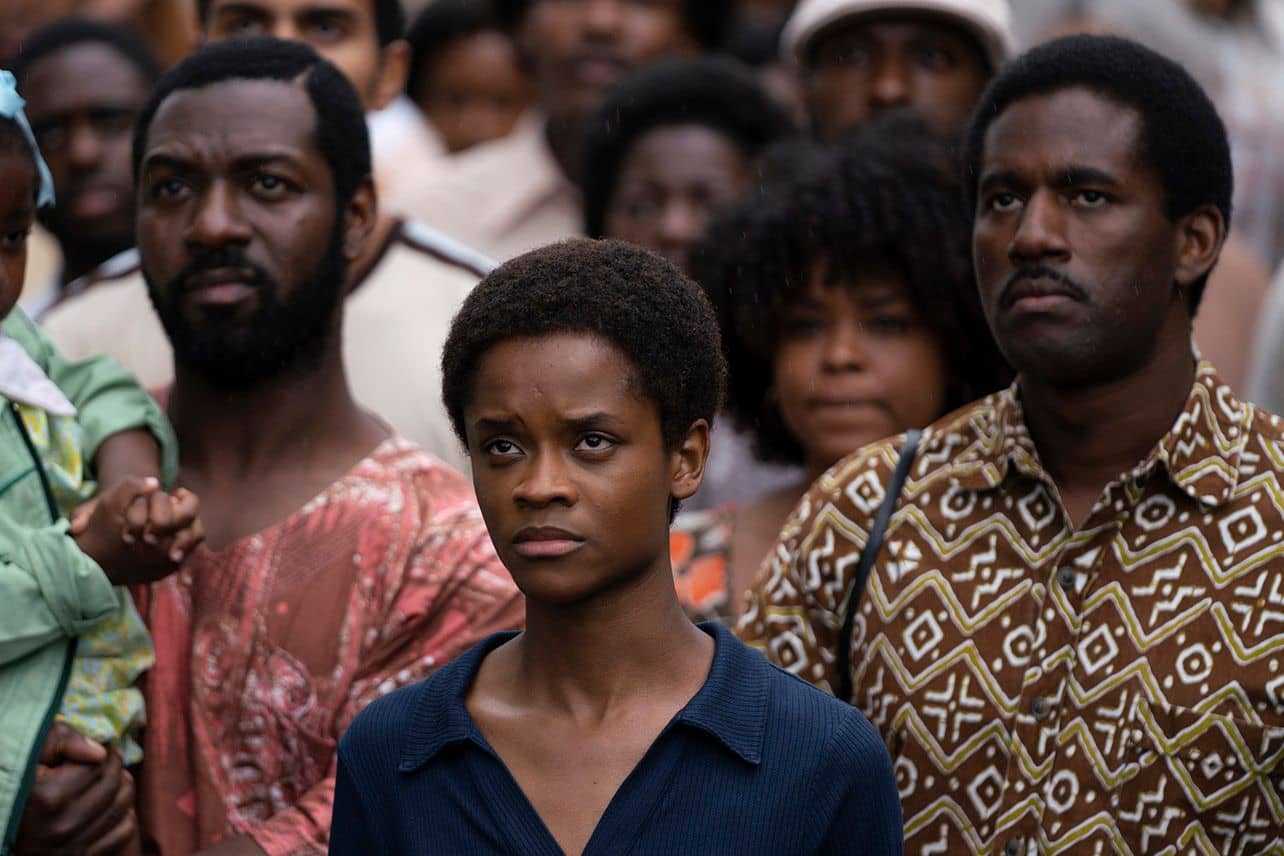 Amazon Prime recently premiered a new series of films directed and co-written by Steven McQueen (12 Years a Slave) entitled SMALL AXE. The first of these, MANGROVE, is available now. It follows the true story of The Mangrove Nine, a group of Black people arrested during demonstrations against the Metropolitan Police in Notting Hill, Kensington. So you’ll get a history lesson, a look at immigrant life, and hopefully think a bit about the racial injustice still prevalent in today’s society.

Shaun Parkes (The River) stars as Frank Crichlow, a man from Trinidad who has moved to London. Frustrated in dealing with the police, Frank opens a totally legitimate restaurant called the Mangrove, selling the cuisine of his native land, a.k.a. “spicy food.” But the local constable, PC Pulley (Sam Spruell, The Bastard Executioner), is deeply prejudiced, and decides that the Mangrove must be a place for unsavory characters, raiding it repeatedly for no legitimate reason. This only drives the community to embrace the Mangrove more, the local Black Panthers and others considering the place “theirs,” and things spiral far from Frank’s control. It all culminates during a march against the police in which Frank and eight others are arrested for rioting and affray. Off screen the case is dismiss, and then tried again at the Old Bailey, a venue for only the most heinous crimes, as the police hope to make examples of the defendants.

SMALL AXE MANGROVE begins as one thing, a story focused on Frank and his restaurant, and halfway though, becomes a courtroom drama with varied protagonists. In lesser hands, this disjointed style and lack of strong focus might feel like a weakness. Instead, through flawless directing and performances, it feels like a complete piece, albeit one with two distinct halves. Yet, it’s also more than that. Frank’s story becomes the story of all these people, and the film enlarges to encapsulate that, minimizing Frank the way he becomes pushed to the background of his own fate. It’s actually a pretty cool move.

Parkes is great, full stop. He is not alone, however, and some of the best moments in SMALL AXE MANGROVE come from others. At the trial, one of the co-defendants, Darcus Howe (Malachi Kirby, Devils) decides he should represent himself. The stuffier lawyers protest, but Ian MacDonald (Jack Lowden, The Tunnel) thinks it’s a brilliant idea. Altheia Jones (Letitia Wright, Black Panther), another person on trial, agrees and decides to do the same. Altheia and Darcus speaking up for themselves is powerful, especially when Darcus plays the legal game better than some of the fully-trained lawyers, winning through logic, not just emotion.

The system is broken, the no one exhibits that better than Judge Clarke (Alex Jennings, The Crown), showing his prejudice right off the bat. But the cause is righteous enough, even he is eventually forced to admit wrongdoing on both sides, which unfortunately echoes remarks by own American president not too long.

That’s what’s so powerful about SMALL AXE MANGROVE, though: it isn’t just a history story. It is relevant today, shining light on the continued issues. This was written and filmed prior to this year’s Black Lives Matter marches, but they make it even more timely. The trial of The Mangrove Nine was fifty years ago, and yet, the problems remain, maybe not in quite the same way, but still very serious. The ending text on the screen reveal Frank’s troubles didn’t end after the trial, as he continued to be harassed for the next two decades. It wouldn’t have been surprising to learn he was still being harassed today, if he were alive. The police were not punished. And though his kids have a better life (you may know of his daughter, actress Lenora Crichlow), that doesn’t mean the problems are solved.

SMALL AXE MANGROVE is an excellent film with compelling characters and a true story that hits home. Even were it not applicable to current circumstances, it would land. The fact that the fight lives on only helps boost its impact. I can’t wait to see what the rest of the SMALL AXE series has in store.