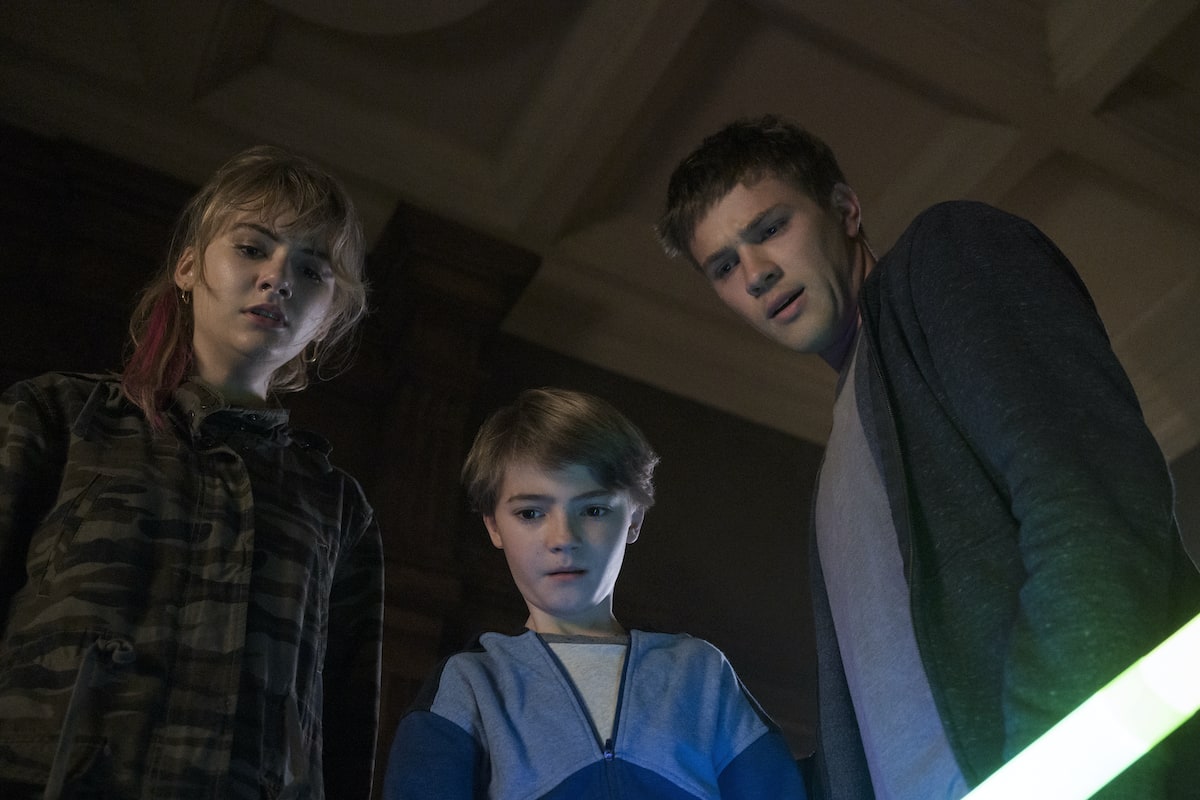 Netflix now has season one of LOCKE & KEY, a new drama adapted from a graphic novel series. After the horrific murder of the Locke family’s patriarch, the rest of the clan move all the way across the country to their family estate, Key House. The house is old and mysterious, and is soon discovered to host a bunch of magic keys, each with their own special property. Magic can be wonderous, but it also be dangerous, as the Locke children soon find out.

The tone and style of this show makes clear even before the scary elements show up that horror will be a major part of the show. It’s highly stylized, like a number of strong horror contenders of recent years, with the fantasy component overlaid. This combo isn’t everyone’s cup of tea, for sure, but to my sensibilities, if you can mix these two in a quality manner, you’ve got a solid starting point for a series. LOCKE & KEY succeeds on this front, instantly being a show that draws you in and makes you want to learn about its world.

Children-led programs are a whole other can of worms, and in my opinion, harder to make work, Lemony Snicket and Stranger Things aside. However, LOCKE & KEY does this decently well, too. It might help that the two older children, Tyler (Connor Jessup, Falling Skies) and Kinsey (Emilia Jones, Utopia), are teenagers. It might also help that Jessup, at age twenty-five, is actually well into adulthood, and Jones will be eighteen by the time a second season is filmed. They play younger characters convincingly, but also have some prior experience that has helped them become good performers. The youngest Locke, Bode (Jackson Robert Scott, It), is also pretty decent.

The rules LOCKE & KEY have for children and adults are confusing, though. After experiencing the effect of a key, their mother, Nina (Darby Stanchfield, Scandal), quickly loses all memory of the thing. And yet, it’s pretty clear that their father, Rendell (Bill Heck, The Ballad of Buster Scruggs), remembered, as does their uncle Duncan (Aaron Ashmore, Killjoys), who is still around. Other adults do, too, so it’s not just a bloodline thing. Perhaps the inconsistency will be explained eventually, but in the first few episodes, it detracts from the believability of the world.

The primary villain revealed so far is Dodge (Laysla De Oliveira, The Gifted), who was introduced as Bode’s echo in a well before tricking him into letting her out and giving her a key that can take her anywhere. She seems convincingly sinister, even if she doesn’t kill the child right away, and her connection to the Locke kids’ dad’s killer leaves many unanswered questions. I think it’s hard to strike terror without being cartoonish when dealing with a bad guy who battles kids, but De Oliveira does it, delivering a stand-out performance in the show.

I will say, LOCKE & KEY doesn’t overall feel like a kids’ show, and that’s to its credit. It’s certainly not geared for young children to watch, with actual harm and violence. I could use a little more development for Nina and Duncan, but while watching, I often forget that most of the characters on screen are minors. The story is compelling enough to stand on its own in the genre, and doesn’t feel like it needs that extra hook, and so doesn’t put any great focus on it. I appreciate that.

I’m slightly torn on LOCKE & KEY, mostly because of the major weakness pointed out above. But it has a lot going for it, and like I said, the specific style of it appeals to me very much, so I’ll keep going. If you’d like to join me, you can stream all ten episodes of the first season now on Netflix.