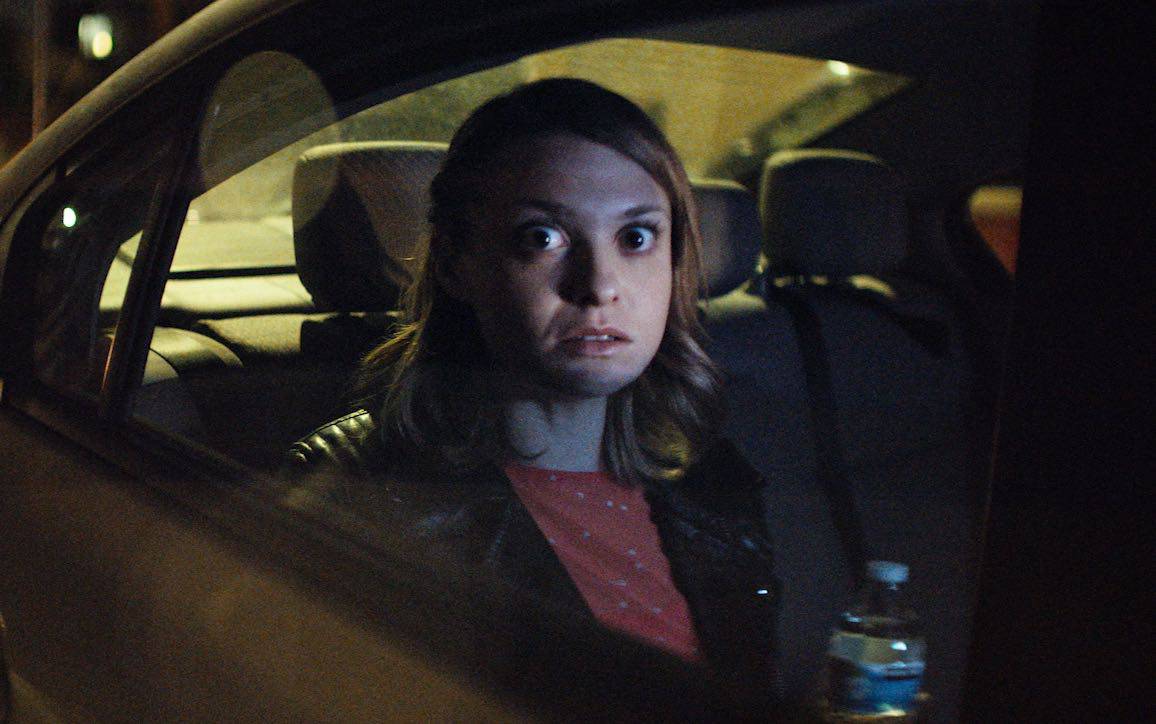 It’s hard to describe the new FXX show CAKE. It’s a series of shorts made by different people that the comedy network has edited into a half hour television show. Yes, that describes it, but not well enough to tell you what it is. It’s generally a comedy, but some is live action and some is animated. Some dialogue spoken and some is sung. Some bits are very short, and some are pretty long. It’s a conglomeration of a lot of things rolled into one.

I guess the best way to explain what you’re going to get is for me to ask you to imagine something. Say Saturday Night Live, Portlandia, a popular Snapchat-er, Adult Swim, and a YouTube star all made a single, stand-alone segment each, and then somebody merged all these disparate things together. That’s what CAKE is. Eclectic, with different approaches, but hopefully all will be worth watching.

Because there is not a consistent producer or writing team, there isn’t a consistent feel to the show. The first episode, titled “Cache Flow,” seems to have a similar level of quality from bit to bit, and that level is relatively high, but it will be hard to maintain that over time. Things aren’t connected, but did seem to, for lack of a better word, flow from one segment to the next. The longest story was broken up itself by smaller offerings.

That all may sound like criticism, but it is not intended to be negative. CAKE does something interesting and pretty unique, showcasing shorts by different creators in a single program. FXX has scoured the interwebs and put together a showcase of creative works that would have trouble finding a television home elsewhere. It lets viewers sample programs that aren’t traditional, but are still worthy of one’s time. I especially enjoyed the opener of “Cache Flow,” funny and thought-provoking, relatable but still fresh.

This reminds me of award-winning and nominated shorts. Most people ignore them, but when one gets the chance to sit down and watch a few, they can be quite mesmerizing. It’s about time a network made such things more accessible to a mainstream audience.

The official line seems to be that some stand-out bits may become full-length running programs on the network. That would be a cool thing, using CAKE as an incubator to test writers and producers, rewarding those that catch on more than others. But if that never happens for any of the segments, it’s still a worthwhile attempt, and an interesting piece to add to the lineup.

Much of what is in “Cache Flow” is from people unknown to me, and likely to most viewers. There are new and unheard voices represented. But one part of this pilot did have several recognizable actresses – Collette Wolfe (You’re the Worst), Suzanne Cryer (Silicon Valley), and Natasha Lyonne (Russian Doll) – so was likely made by more experienced professionals.

This mix of untested and established talent could be a problem, except that care has definitely been taken to make sure different bits feel at least a little bit tonally similar. CAKE avoids being jarring as it jumps around, a credit to a show that could easily be more disjointed. Instead, while the parts do feel different, there almost is a whole feeling to the episode.

I really wish I had more than one installment to view to know if CAKE is going to be worth watching. But the first one is, so why not give it a chance? After all, you’re not going to get this from any other network. In my opinion, television could use more such experiments, and I’m certainly curious to see if this one catches on.