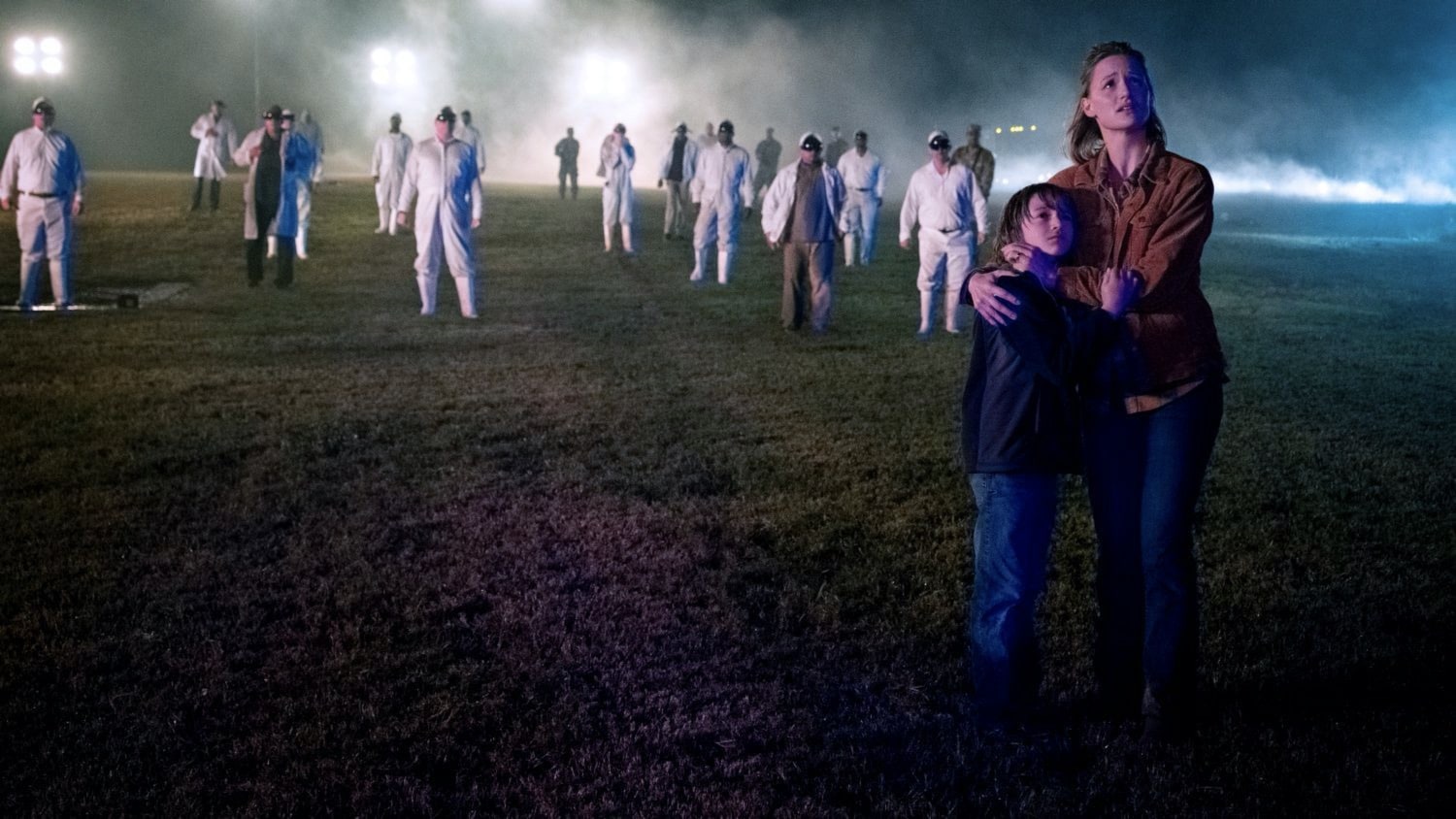 Apple TV+ dips its toe into the anthology format this month with a reboot of AMAZING STORIES, now airing. Each week, the fresh episode will have a new cast and premise, diving into something supposedly amazing, hence the title. The hour-long episodes tell a singular story arc.

I like anthology series in general. From The Twilight Zone to Black Mirror, and even the season-long anthologies like American Horror Story, there are some really terrific examples of the genre. There are also some very bad ones, whose names I won’t name right now, but they typically don’t get renewed for a second season. I think AMAZING STORIES is likely to be one of the latter.

The first episode, “The Cellar,” stars Dylan O’Brien (Teen Wolf) as Sam Taylor, a present-day man who slips back in time a century and falls in love with Evelyn Porter (Victoria Pedretti, You). Sam really wants to get back to his own time and his brother, Jake (Micah Stock, The Right Stuff), with whom he was renovating an empty house. But once he meets Evelyn in said house, he decides he’d like to take her with him. That’s just fine by her because, even though she has a fiancé, William (Gabriel Olds, Heroes), the marriage is her controlling mother’s (Sasha Alexander, Rizzoli & Isles) choice, not hers.

The story is a classic, if not wholly original. O’Brien and Pedretti are excellent, and act the hell our of their roles. The emotional moments and arc are fully believable, and since that is what the episode is hung on, its an enjoyable watch. The plot is self-contained enough that it stands on its own and doesn’t need sequel or follow-up. These are all staples of strong anthology series.

Where it fails and does so utterly is in the logic of the story. Or rather, the lack thereof. A barometer in the basement makes the characters time travel. They can’t control when it happens, and although it’s said to be triggered by a storm that only happens rarely, Sam goes back and forth several times, sometimes extremely conveniently. There’s no rhyme or reason, and no satisfying explanation as to how the device is used so much but soon can’t be used again. It feels like the character stuff was written first, and then only later did the writer try to figure out how to actually make the premise work. And this explanation was rushed, with little care taken to flesh it out all that much. Time travel is tricky and easy to screw up. It feels like this one didn’t even try all that hard.

To be honest, I’m not completely surprised given the producing credits on the show. While the original AMAZING STORIES was produced by Spielberg, the reboot was developed by Edward Kitsis and Adam Horowitz, best known for the ABC series Once Upon a Time. That show could be great occasionally, but frequently suffered from a lack of cohesiveness. Its best parts were character interaction, and it was most satisfying when dealing with family relationships. But it rarely landed an arc solidly because so little care was taken with making everything make sense. In fact, character development was undone if a sequence was desired that required different perspectives.

“The Cellar” is much the same, and would fit right in as a Once Upon a Time installment. It has a fairy tale-esque quality that is magical with a pleasing love story at its center. But it also falls short of quality storytelling because it seems corners were cut, or things were rushed, and it just has an unfinished air about it.

The nice thing about anthology series is that every week there’s a brand-new chance to get it right. But if you choose to lead with such a poor example, I don’t hold out much hope for future installments.