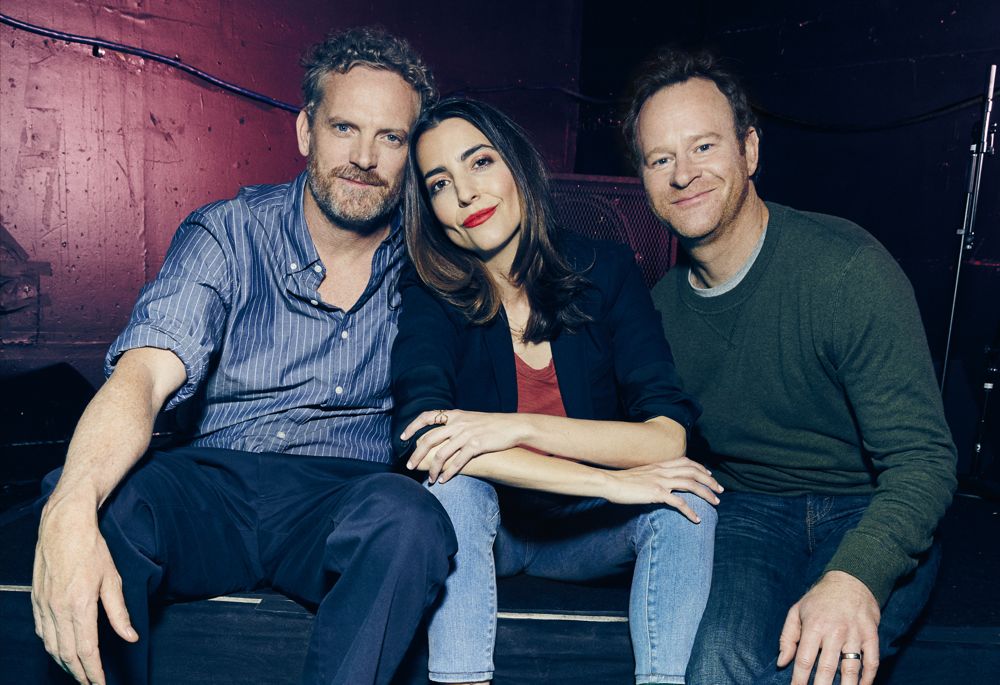 TV Land has given a series pick-up to “Nobodies” with a 12-episode first season, it was announced today by Keith Cox, Executive Vice President, Development and Original Programming TV Land, with writer/director/actor Michael McDonald (“MADtv”) serving as Executive Producer and Showrunner. “Nobodies” stars and is executive produced and written by Groundlings alums Hugh Davidson, Larry Dorf and Rachel Ramras (“Mike Tyson Mysteries”) and revolves around the three as they try desperately to land one of their famous friends for a feature script that they have developed, so that they, too, can rise to fame in Hollywood. Davidson, Dorf and Ramras are partnering with their real-life friends, Emmy® winner Melissa McCarthy and Ben Falcone, who will be executive producing “Nobodies” through their production company, On The Day, with Falcone directing and guest-starring in the pilot episode. Jason Bateman (“Arrested Development”), Maya Rudolph (“Saturday Night Live”), Jim Rash (“Community”) and Nat Faxon (“Married”) will also guest star in the pilot. In addition to McCarthy, Falcone and McDonald, JAX Media’s Tony Hernandez will executive produce for TV Land, expanding the partnership that currently includes “Younger” and “The Jim Gaffigan Show.”

“The initial pitch for ‘Nobodies’ was really funny, and man, did they ever deliver a pilot that is so honest and bold that it’ll make you laugh and cringe at the same time,” said Cox.

McCarthy and Falcone added, “Working with our hilarious and talented friends Rachel, Hugh and Larry is a complete joy. Adding a person of Mike’s caliber and a network as supportive as TV Land is truly a dream come true.”

Michael McDonald is currently directing for several television series including “Brooklyn 99” and Mike Schur’s upcoming series “The Good Place.” As an actor, McDonald was featured in the film “The Heat” and will appear this summer in “Ghostbusters.” Michael McDonald is represented by UTA.