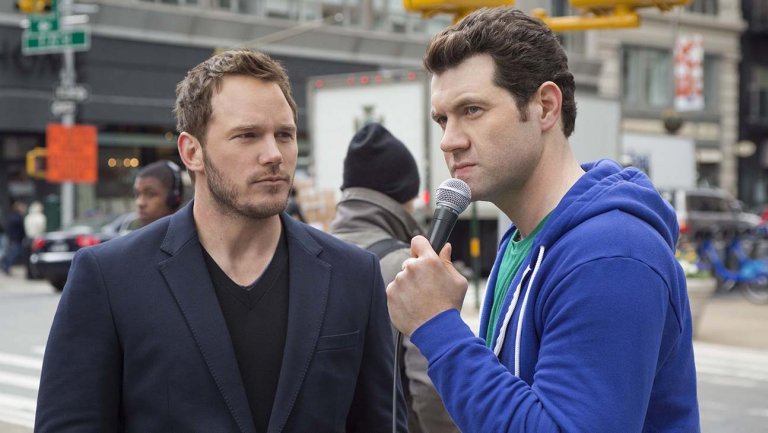 Announced today by network President Chris Linn at the Television Critics Association Winter Press Tour, truTV has renewed pop culture powerhouse Billy on the Street for a fifth season and has ordered additional episodes for season 1 of hit investigative comedy Adam Ruins Everything. Both series launched under truTV’s recent brand refresh focusing on a comedic sensibility and earned top 10 rankings among all cable entertainment networks in their timeslots for Adults 18-34, with Billy on the Street season 4 garnering a median age of 31 and the first half of season 1 of Adam Ruins Everything garnering a median age of 29.

In addition, building off the successful launch of Adam Ruins Everything, truTV is expanding its relationship with the production company Big Breakfast and has placed a pilot order for No Dumb Questions (working title.) Led by host Emily Axford, a team of comedy journalists poses the questions you didn’t think to ask, but once you hear them, you have to know the answers. If you’ve ever wondered if you could flush a whole chocolate cake down a toilet, No Dumb Questions is for you.

Billy on the Street will return for season 5 with Emmy®-nominated comedian Billy Eichner surprising more unsuspecting pedestrians with quick-witted, rapid-fire questions on pop-culture on the streets of New York City. In the show’s recently wrapped fourth season, some of the biggest names in Hollywood hit the pavement with Billy including Chris Pratt, Will Ferrell, Anna Kendrick, Sarah Jessica Parker and Julianne Moore. Produced by Funny Or Die, the fifth season will premiere on truTV in late 2016 with 10 half-hour episodes.

Adam Ruins Everything will return in mid-2016 with 14 additional half-hour season one episodes ordered. In the show, which was born out of a popular CollegeHumor original series, host Adam Conover employs a combination of comedy, history and science to dispel widespread misconceptions about everything we take for granted. Adam is like that friend who knows a little bit too much about everything and is going to tell you about it…whether you like it or not.

Billy on the Street is executive-produced by Mike Farah, president of production for Funny Or Die, along with Billy Eichner and Anna Wenger. Doug Brady also serves as executive producer.

No Dumb Questions is produced by Big Breakfast with Sam Reich, Spencer Griffin, and Jon Cohen serving as executive producers.