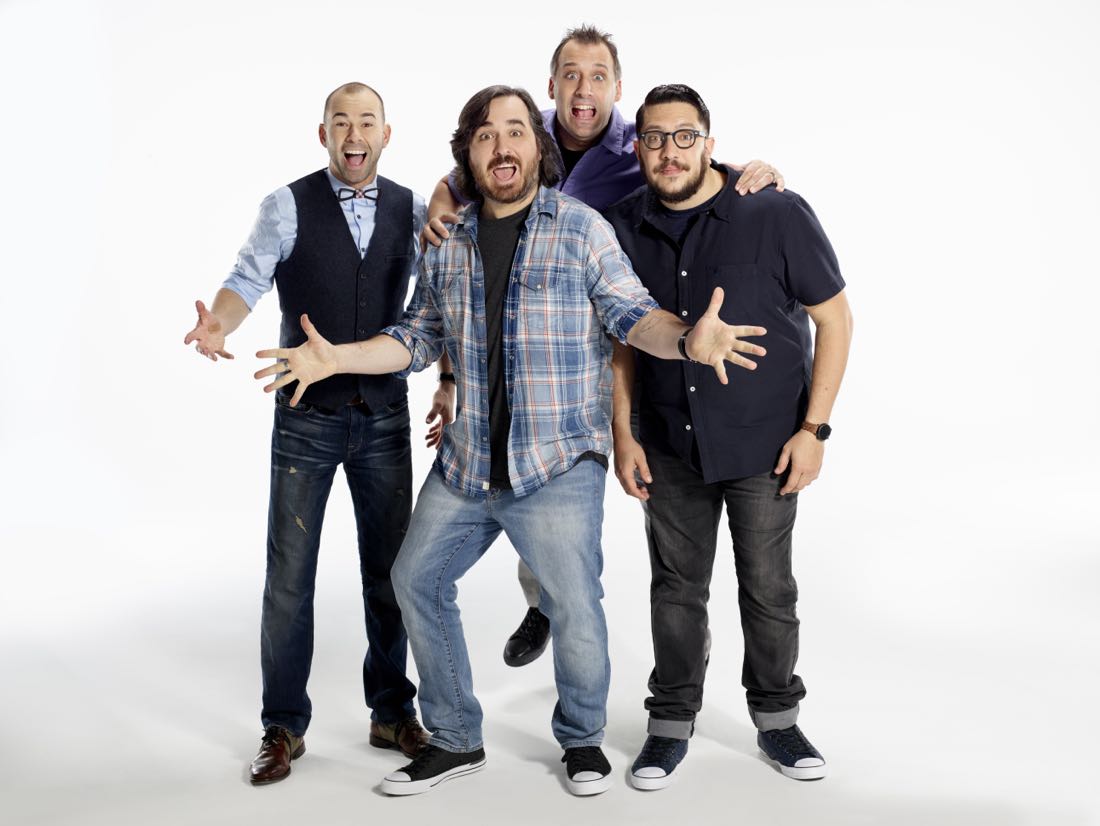 truTV has renewed its top-rated series Impractical Jokers for a sixth season, which will guarantee more hidden-camera hijinks from Sal, Joe, Murr and Q on the network through 2017. The announcement was made by the four stars and lifelong friends – collectively known as The Tenderloins – Thursday night at the Hall of Impractical Jokers during a special live streamed Q&A fan event in San Diego.

This 26-episode season six order builds on the proven success of the franchise that continues to grow across all platforms. The series’ most recent premiere, the hour-long Impractical Jokers: British Invasion summer premiere special, debuted on truTV on July 14 as the #1 series in its timeslot among adults 18-34, adults 18-49, men 18-34, and men 18-49, according to live+3 data from Nielsen Research. Additionally, Impractical Jokers has amassed a combined social footprint of more than 3.6 million followers and generated 163 million total impressions in the first half of 2016. The group is also wildly-successful on tour, having played 90 cities in the past year – including three sold out shows at the iconic Radio City Music Hall – and is currently on a brand new Impractical Jokers “Santiago Sent Us” tour that includes sold out shows at London’s O2 arena and more.

“The continuing multiplatform success and incredible fan engagement we see around the Impractical Jokers makes this season six order a no-brainer,” said Chris Linn, president of truTV. “Joe, Murr, Q and Sal have consistently raised the bar on the creativity and fun they bring to the show each week, and we’re looking forward to what they can dream up for season six.”

Impractical Jokers is currently in its fifth season with new episodes premiering on truTV Thursdays at 10:00 p.m. ET/PT, with availability on truTV On Demand, truTV.com and the Watch truTV app the following day. In every new episode, the Staten Island-natives push each other to the limit, challenging one another with some of their most over-the-top antics yet. Ever since high school, the four friends have dared one another to do ridiculous things in public. Now all grown up, they are capturing their extreme mischief on hidden camera, complete with unsuspecting strangers’ amused, confused, or flabbergasted reactions. The sixth season of Impractical Jokers is scheduled to debut in early 2017.