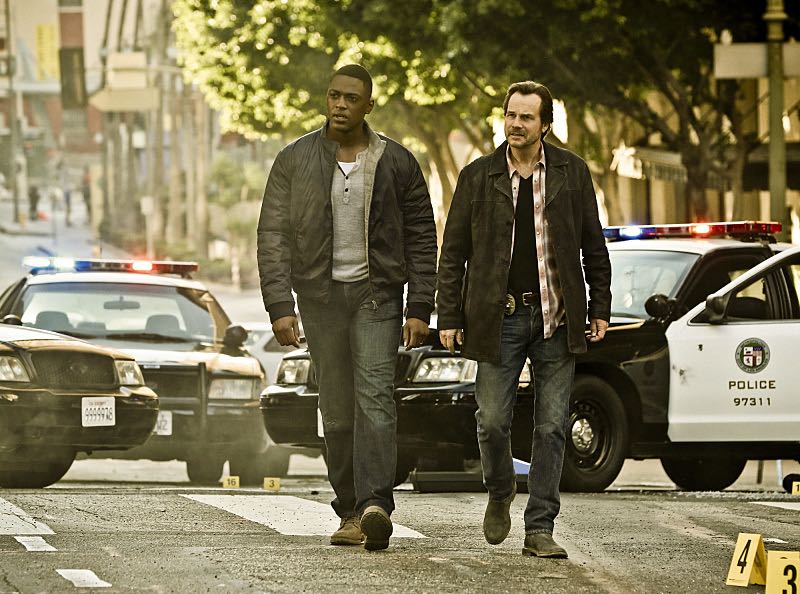 TRAINING DAY is a crime thriller that begins 15 years after the events of the feature film, about a young, idealistic police officer who is tapped to go undercover in an elite squad of the LAPD where he partners with a veteran, morally ambiguous detective. Detective Frank Rourke (Bill Paxton) is the maverick head of the Special Investigation Section (S.I.S.) that hunts the city’s most dangerous criminals, and is one of the finest investigators the department has ever produced. However, when the LAPD brass notices Rourke’s penchant for operating in a gray area to fight the war on crime, they assign Kyle Craig (Justin Cornwell), a heroic, untarnished cop, to pose as Frank’s trainee to spy on him and report on his off-book methods. The members of Frank’s loyal team include Rebecca Lee (Katrina Law), a formidable officer with killer aim and a dark past, and Tommy Campbell (Drew Van Acker), a former pro surfer who follows Frank’s orders without hesitation. Providing Frank with intel is his girlfriend, Holly Butler (Julie Benz), a well-connected, unapologetic Hollywood madam. While LAPD Deputy Chief Joy Lockhart (Marianne Jean-Baptiste) coolly puts Kyle in danger in her mission to take down Frank, Kyle’s schoolteacher wife, Alyse (Lex Scott Davis), worries her husband’s resolve to avenge the murder of his father, a cop, may be his undoing. As Frank starts teaching his principled trainee the way of the streets, where the ends often justify the means, they form an uneasy alliance that will irrevocably change the course of both their lives. Based on the feature film from Warner Bros. Pictures and Village Roadshow Pictures. Jerry Bruckheimer, Antoine Fuqua, Will Beall, Barry Schindel, Jonathan Littman and Danny Cannon are executive producers for Jerry Bruckheimer Television and Fuqua Films in association with Warner Bros. Television. Cannon directed the pilot.