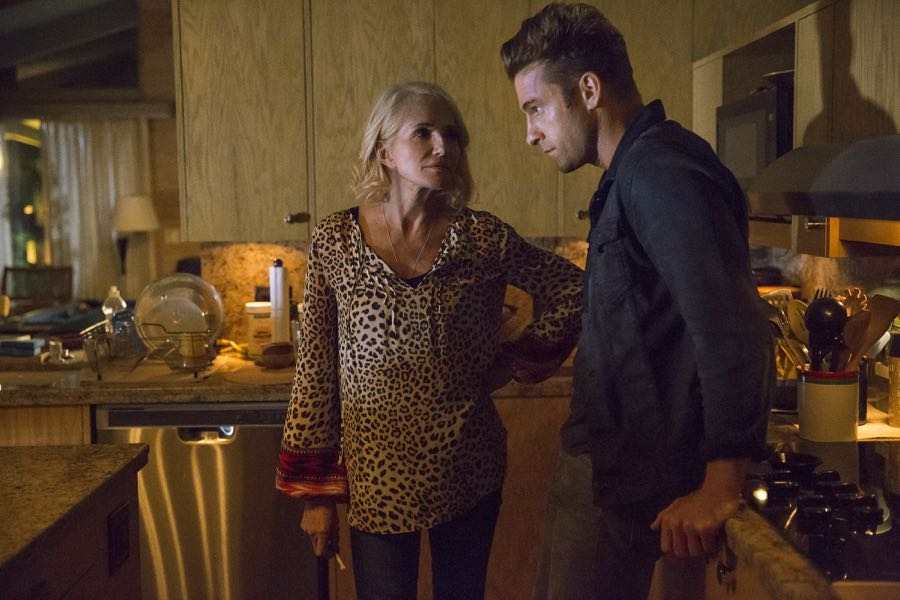 Wrecked ranks among cable’s Top 25 scripted series for the year-to-date and is the #1 new cable comedy among adults 18-49. Angie Tribeca’s second season premiere delivered cable’s largest increase of adults 18-49 (+41%) for a returning comedy this year. Animal Kingdom is pulling in a young audience profile and has been on an upward trajectory since its premiere.

Today’s renewals mark the latest steps in the ongoing evolution of the networks under TBS and TNT President Kevin Reilly, who has set out to energize both brands and draw in younger audiences. Since rebranding in January, TBS has premiered and renewed four new comedies: Angie Tribeca, Full Frontal with Samantha Bee, The Detour and Wrecked. All four rank among the year’s Top 10 new cable comedies among adults 18-49, with Wrecked and The Detour topping the chart.

“A year ago we began reinventing TBS, and thanks to the incredible talent behind these shows, we’ve come a long way in a very short amount of time,” said Brett Weitz, executive vice president of original programming for TBS. “Pulling the trigger on renewals early allows us to build on our success by giving fans new seasons more quickly.”

“Animal Kingdom has signaled the new tone for TNT dramas and is moving the network in the direction we hoped it would,” said Sarah Aubrey, executive vice president of original programming for TNT. “I’m confident that our strategy of working with high-caliber talent and then getting out of their way will continue to pay off.”

Wrecked, which airs Tuesdays at 10 p.m. (ET/PT), is currently reaching a multiplatform audience of 5.2 million viewers across TBS’s linear, VOD, digital and mobile. It ranks among cable’s Top 25 scripted series for the year-to-date and is the #1 new cable comedy based on Live + 7 delivery of adults 18-49. Just last night, the show landed its biggest Live + Same Day delivery of adults 18-49 since the premiere.

Wrecked centers on a diverse group of plane crash survivors on a remote island where they must face many threats – mostly brought on by themselves. The ensemble cast for the first season includes Asif Ali, Zach Cregger, Rhys Darby, Brooke Dillman, Ginger Gonzaga, Will Greenberg, Jessica Lowe, Ally Maki and Brian Sacca. The first season of Wrecked is executive-produced by Justin Shipley & Jordan Shipley, along with Jesse Hara and Moses Port. The second 10-episode season will premiere in 2017.

Angie Tribeca is reaching 2.6 million viewers across TBS platforms, with new episodes airing Mondays at 9 p.m. (ET/PT). Building on the network’s rebrand strategy, the show returned to TBS three months after completing its successful first season and scored remarkable +41% growth among adults 18-49. It also added more new viewers in the demo than any other returning cable comedy this year.

Angie Tribeca stars Rashida Jones, Hayes MacArthur, Jere Burns, Deon Cole, Andrée Vermeulen and Jagger. The first two seasons of the buzz-generating hit about a squad of LAPD detectives is the brainchild of executive producers Nancy and Steve Carell, with Ira Ungerleider serving as executive producer and showrunner. The 10-episode third season is slated to launch in early 2017.

Animal Kingdom is reaching 6.7 million viewers across all TNT platforms and is growing week to week, including an +18% jump with last night’s episode. In addition, Animal Kingdom is attracting an audience that is evenly gender-balanced and has the youngest profile of any current TNT drama.

Both TBS and TNT will continue their evolution over the coming year with additional series launches. TBS’s upcoming slate includes the new dark comedy Search Party, with Alia Shawkat, and the alien-abduction comedy People of Earth, starring Wyatt Cenac. TBS has also entered the rapidly growing eSports fray with the launch of Turner’s ELEAGUE.

TNT will follow up its Animal Kingdom success this fall with the premiere of Good Behavior, starring Michelle Dockery as a thief and con artist trying to regain her life. TNT’s 2017 slate includes The Alienist, based on Caleb Carr’s New York Times bestseller about a serial killer in New York during the Gilded Age; Tales from the Crypt, a new horror block from executive producer M. Night Shyamalan being built around a revival of the Tales from the Crypt anthology series, complete with a re-imagined Crypt Keeper; Will, a period drama told in contemporary style centering on a young William Shakespeare; and Foreign Bodies, a comedic drama produced with Channel 4 and featuring an international group of young adults traveling across Asia.

Pilots in the works for TNT include Civil, a gripping political and social drama starring Eliza Coupe, Bradley Whitford, Courtney B. Vance, Toby Jones and Enrique Murciano that finds America on the brink of a modern day Civil War, and Claws, a wickedly funny dramedy set in a Florida nail salon starring Niecy Nash.