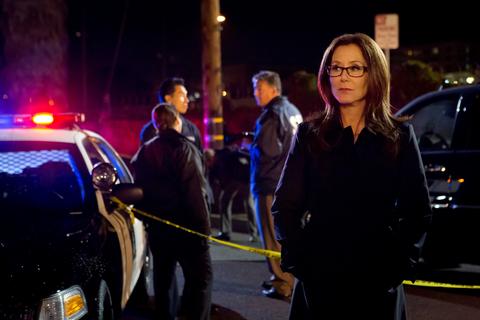 “With Major Crimes, James Duff and his amazing production team have crafted an incredibly entertaining show that not only honors the spirit of The Closer, but also stands alone with its own voice and spirit,” said Michael Wright, president, head of programming for TNT, TBS and Turner Classic Movies (TCM). “Week after week, Major Crimes has drawn millions of fans with its combination of sharp writing and engaging characters brought to life by what can only be described as one of the best acting ensembles on television. We look forward to another season of this remarkable new drama.”

With an audience of nearly 7 million viewers, Major Crimes ranks as cable’s #1 new series for the year-to-date. It also holds position as one of basic cable’s Top 3 new dramas with key adult demos, averaging 1.6 million adults 18-49 and 2.1 million adults 25-54. Among all original series on cable, Major Crimes ranks third behind TNT’s The Closer and Rizzoli & Isles for the quarter-to-date. In addition, the series’ Aug. 13 premiere audience of 9.5 million viewers set a new record as basic cable’s most-watched series launch ever.

With the renewal of Major Crimes, TNT has now gone three-for-three when it comes to ordering second seasons of its new scripted dramas. The network previously renewed its hit primetime drama Dallas, which brought together iconic stars from the original series with a new generation of cast members. More recently, TNT renewed the crime drama Perception, starring Eric McCormack.