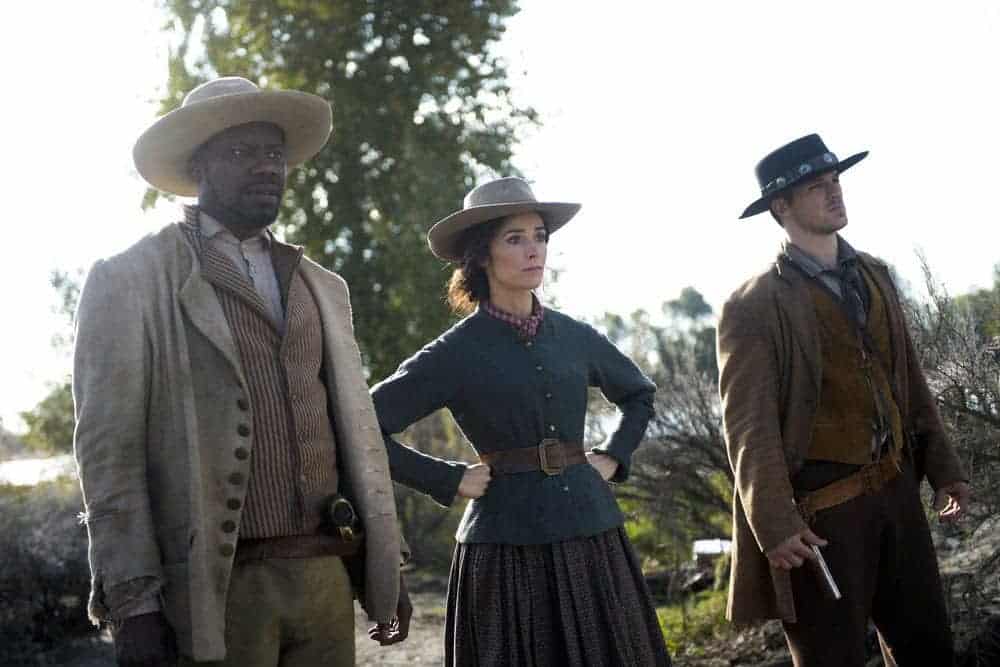 TIMELESS Season 1 Episode 5 Photos The Alamo : OUR TEAM ENCOUNTERS COURAGE IN THE FACE OF UNBEATABLE ODDS AT ONE OF HISTORY’S MOST INSPIRING BATTLES. After one member’s fired from the team, Flynn (Goran Višnjic) returns to a pivotal event in the war over Texas-the Battle of the Alamo. Our team finds themselves stranded inside the famous fort, surrounded by Mexican soldiers, knowing that everyone inside is fated to die. Now, with no hope of rescue and facing insurmountable odds, the trio of heroes learns the meaning of trust and sacrifice from people prepared to die for those around them. Also starring Abigail Spencer, Matt Lanter, Malcolm Barrett, Paterson Joseph, Sakina Jaffrey and Claudia Doumit. Guest starring Chris Browning, Jeff Kober, Alex Fernandez, Sean Michael Kyer, Susanna Thompson and Hector Hugo.