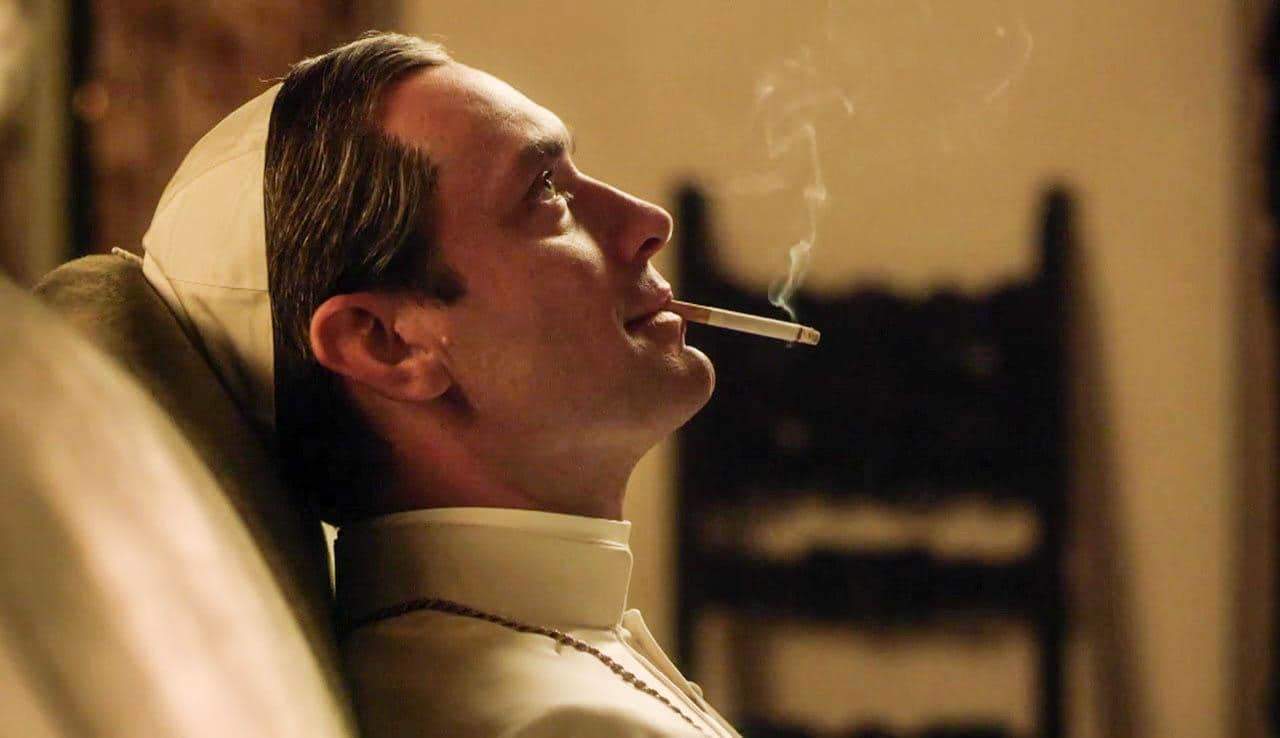 HBO presents the highly anticipated series THE YOUNG POPE beginning this evening. An international joint production that already aired in Italy, the UK, and Ireland to high ratings and much acclaim, it tells the story of Lenny Belardo, a young American man elevated to the highest office in the Catholic Church by people who think they’ll be able to manipulate him. They turn out to be vastly mistaken.

Jude Law (the Sherlock Holmes movies) is terrific in the title role. Lenny is a supremely pious man, perhaps the reason he chooses the title Pope Pius XIII, who is free of scandal and sin. What he isn’t free of is arrogance and judgment, which he carries in spades. Unpredictable in the office, Lenny alternately turns to a few trusted mentors for advice, and also does his own thing entirely. He wants to make the church more conservative, while caring little for personal glory. He’s a zealot, and a potentially dangerous one at that.

THE YOUNG POPE does have you rooting for Lenny, though, because many of those around him are worse. Cardinal Voiello (Silvio Orlando, The Caiman) is corrupt and manipulative, and serves as the main villain of the program. Sister Mary (Diane Keaton, The Godfather, Annie Hall) is loving, but acts a bit above her station. Cardinal Michael Spencer (James Cromwell, American Horror Story: Asylum, Six Feet Under) is a petty man who sees betrayal where none exists. These are the only people shown with any power that could possibly bring Lenny down, but because of who they are, you won’t want them to.

On the other hand, there are also some very kind, very good people in the Vatican, such as Cardinal Gutierrez (Javier Camara, 7 vidas), and they want to help Lenny. This means, despite Lenny’s flaws, which are numerous, viewers are likely to have sympathy for him, as Gutierrez does, and see him, if not as a hero or a saint, then at least as a protagonist to cheer for.

The production is fantastic, with beautiful vistas and sets. It feels like it really is at the Vatican, and we get to peek at some areas that not many are permitted to see, so we don’t know if they are authentic or not. It feels like the it’s done right, setting a certain tone that mixes opulence and humility in the strangest of ways. THE YOUNG POPE really captures the dichotomy of that institution.

The pilot begins with a couple of sequences that will leave you wondering about the reality of the series. There is a surreal quality to many scenes, including one involving a large animal, that constantly has you wondering if we’re in Lenny’s dream. This is kind of cool for this particular series, as it gives it a hyperreal style that is needed for the story being told. I have no complaints about the presentation or the look and feel of the show.

The plot is more confusing. Two episodes in, I get who most of the primary faces are and am starting to understand certain dynamics, but it’s also hard to follow. I couldn’t easily explain the plot of what I just watched. Usually, that’s a strike against it. Here, it seems purposeful and part of the total package, in line with what the series creators are going for. The actors are terrific enough to draw you in, and the ride you’re taken on is engaging and fun, though certainly is not how I hope things are actually run in the real church.

In short, while THE YOUNG POPE is not without its flaws, and it extremely enjoyable to watch, and I’m excited to see where it’s going. THE YOUNG POPE premieres tonight at 9/8c on HBO.