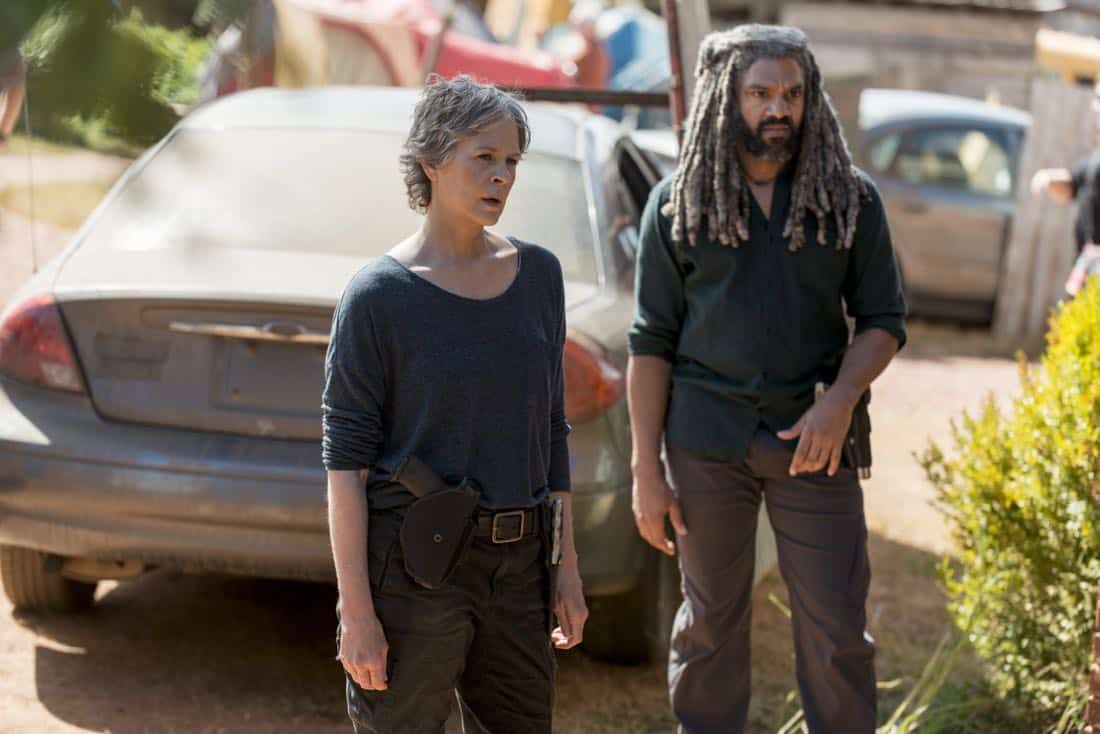 Trouble arises when unexpected visitors arrive at the Hilltop and the community is thrust into action; heartbreaking discoveries are made. THE WALKING DEAD Season 8 Episode 13 Photos Do Not Send Us Astray.