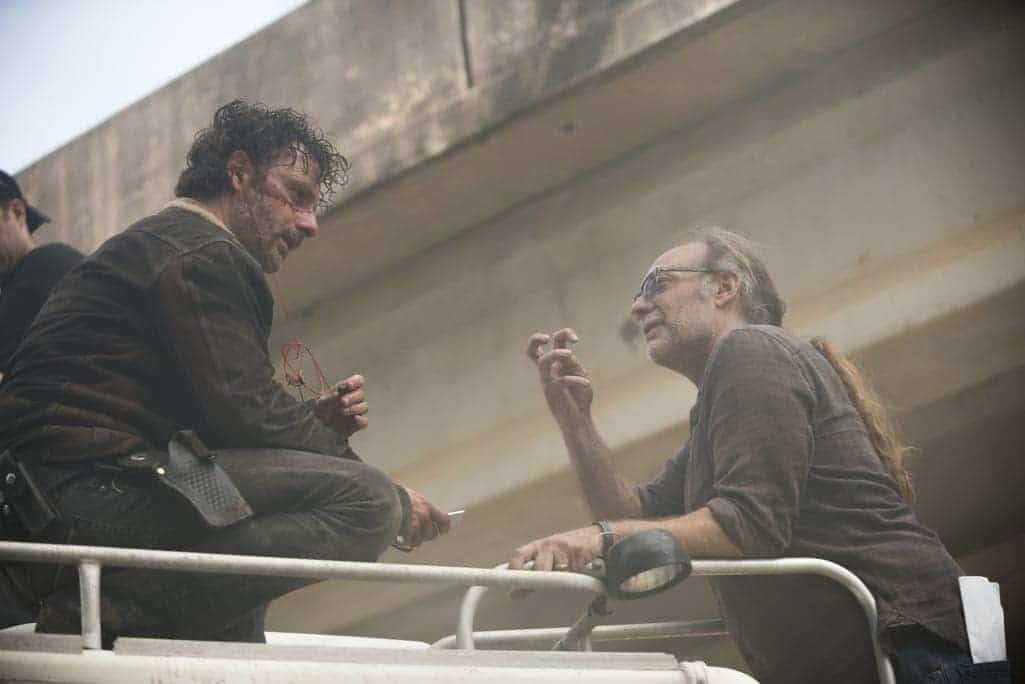 Based on the comic book series written by Robert Kirkman and published by Image Comics, “The Walking Dead” reigns as television’s most watched drama for adults 18-49 for the last four years. “The Walking Dead” tells the story of the months and years that follow after a zombie apocalypse, and follows a group of survivors, led by police officer Rick Grimes, who travel in search of a safe and secure home.  The series, which has been heralded by critics as “an honest-to-God phenomenon” (Variety), is executive produced by Scott M. Gimple, Kirkman, Gale Anne Hurd, David Alpert, Greg Nicotero and Tom Luse.

AMC is home to some of the most popular and acclaimed programs on television. AMC was the first basic cable network to ever win the Emmy® Award for Outstanding Drama Series with “Mad Men” in 2008, which then went on to win the coveted award four years in a row, before “Breaking Bad” won it in 2013 and 2014. The network’s series “The Walking Dead” is the highest-rated series in cable history and the number one show on television among adults 18-49 for the last four years.  AMC’s other current original drama series include “Better Call Saul,” “Hell on Wheels,” “Turn: Washington’s Spies,” “Halt and Catch Fire,” “Humans,” “Fear the Walking Dead,” “Into the Badlands,” “The Night Manager,” “Preacher,” and the forthcoming “The Son,” “The Terror” and “Lodge 49.” AMC also explores authentic worlds and discussion with original shows like “Talking Dead,” “The Making of The Mob,” “Comic Book Men,” “Ride with Norman Reedus” and “The American West.” AMC is owned and operated by AMC Networks Inc. and its sister networks include IFC, SundanceTV, BBC America and WE tv. AMC is available across all platforms, including on-air, online, on demand and mobile.