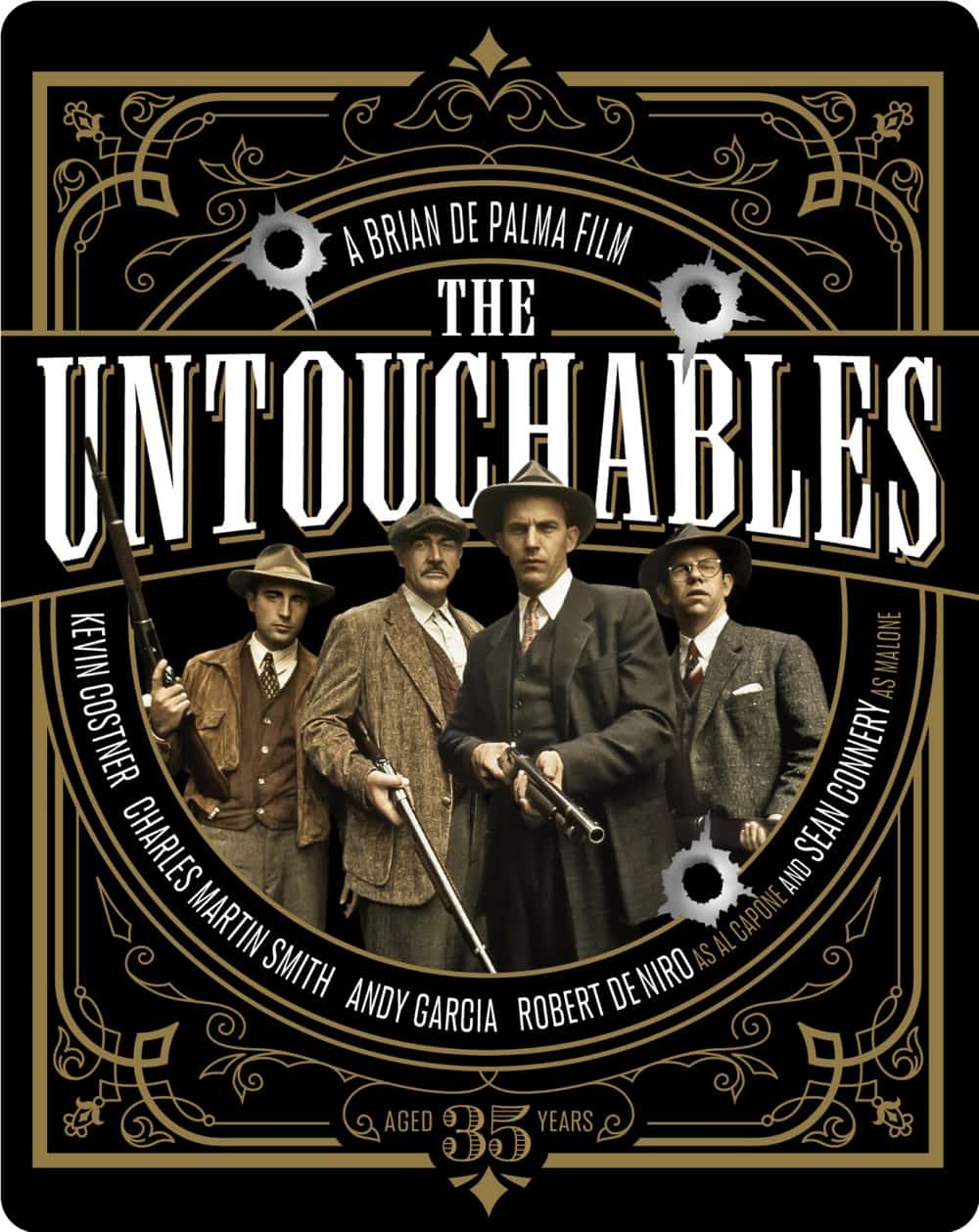 Directed by Brian De Palma and nominated* for four Academy Awards®, the acclaimed drama THE UNTOUCHABLES makes its 4K Ultra HD debut on May 31, 2022 from Paramount Home Entertainment.

Originally released on June 3, 1987, THE UNTOUCHABLES celebrates its 35th anniversary this year and remains a must-see masterpiece featuring visionary filmmaking and exceptional performances from an outstanding cast.  Robert De Niro as mob warlord Al Capone and Kevin Costner as law enforcer Eliot Ness are unforgettable in a glorious, fierce, larger-than-life depiction of good versus evil on the streets of Prohibition-era Chicago.

Sean Connery won his only Oscar® for his portrayal of veteran officer Jimmy Malone in the blockbuster hit that was the fourth highest grossing film of 1987.  Written by David Mamet, THE UNTOUCHABLES also boasts a Grammy Award-winning score by the legendary Ennio Morricone and an excellent supporting cast including Patricia Clarkson, Andy Garcia, and Charles Martin Smith.

THE UNTOUCHABLES will be available on 4K Ultra HD and in a 4K Ultra HD 35th Anniversary SteelBook® with a Dolby Atmos® soundtrack** and access to a Digital copy of the film.  The discs also include over an hour of legacy bonus content in high definition as detailed below: