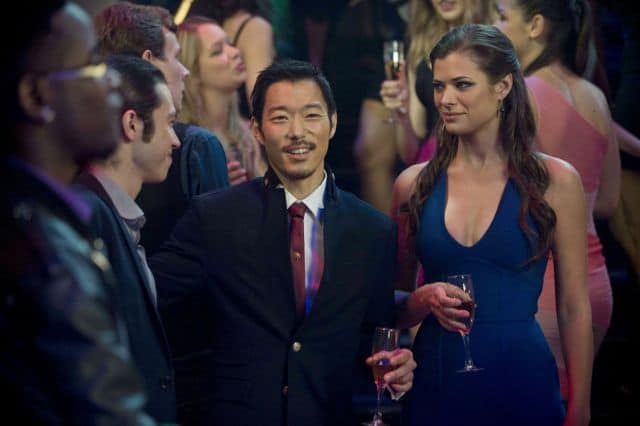 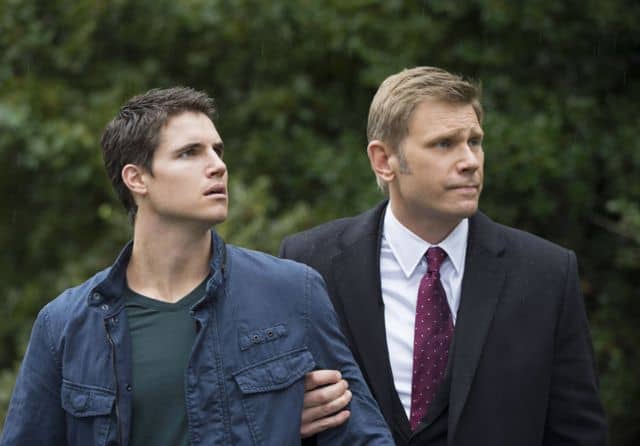 THE TOMORROW PEOPLE Season 1 Episode 5 All Tomorrow’s Parties Photos : FIGHT FOR THE RIGHT TO PARTY — After Stephen (Robbie Amell) breaks Ultra protocol during a training exercise, Jedikiah’s (Mark Pellegrino) mysterious boss insists on meeting Stephen.  Stephen grows concerned when he learns Jedikiah is unable to protect him, so he turns to John (Luke Mitchell), who is only interested for selfish reasons.  Elsewhere, the Tomorrow People are desperate to go topside to a party like normal people, but John and Cara (Peyton List) disagree on the dangerous plan.  Meanwhile, Stephen makes a plan to go to Homecoming with Astrid (Madeleine Mantock), but when he bails on her once again, she decides to find out what he is really up too.  Aaron Yoo also stars.  Nick Copus directed the episode written by Leigh Dana Jackson and Grainne Godfree (#105).