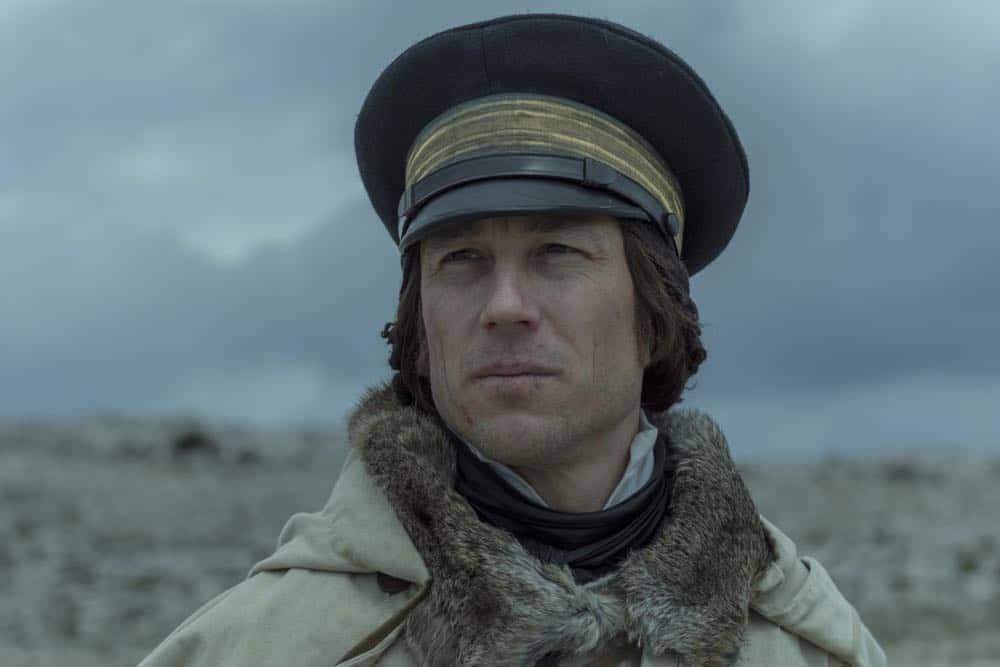 The Terror EPISODE 108: “TERROR CAMP CLEAR” After an officer is killed under mysterious circumstances, paranoia takes hold of the camp. While investigating what happened, Captain Crozier discovers that while most of men have turned their energies to the common good, a small band of others may have begun to imagine alternatives. THE TERROR Season 1 Episode 8 Photos Terror Camp Clear.