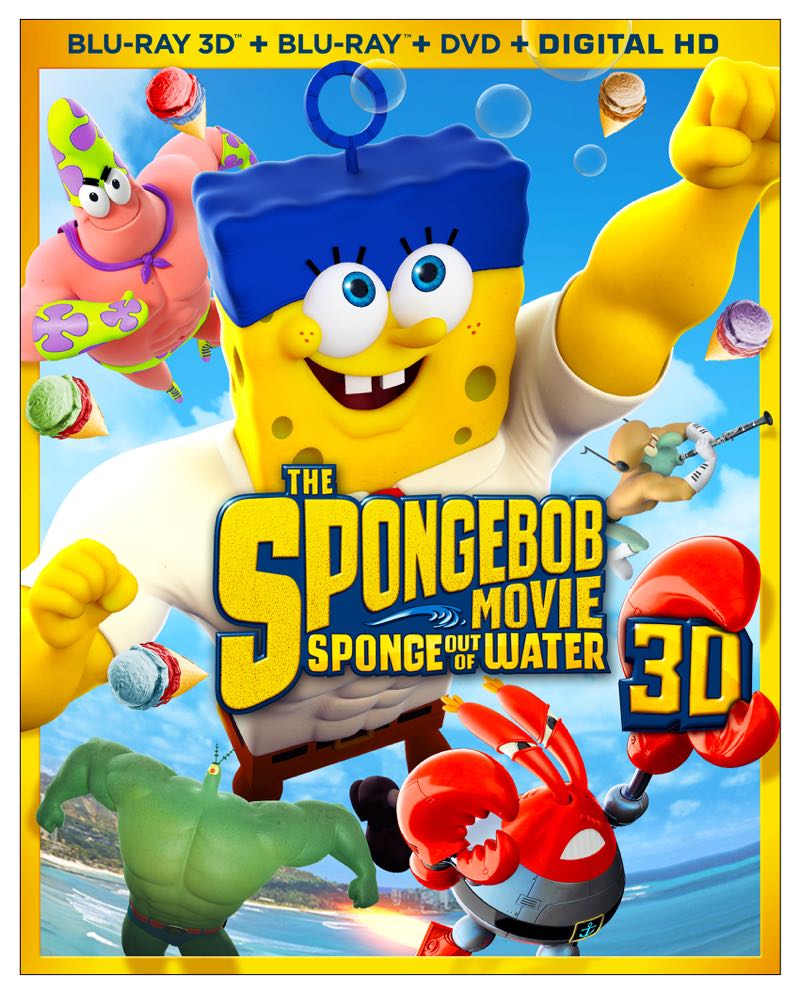 Seat42f and Paramount Home Entertainment have teamed up to give THREE lucky winners a copy of THE SPONGEBOB MOVIE: SPONGE OUT OF WATER on BLURAY 3D/DVD Combo Pack. For a chance to win leave a comment below telling us why you want to add THE SPONGEBOB MOVIE: SPONGE OUT OF WATER to your Blu-ray collection. Only one entry per person. Contest ends June 16th. Winners will be notified on June 17th via email so make sure to use a valid email address when you post your comment.

THE SPONGEBOB MOVIE: SPONGE OUT OF WATER Blu-ray 3D and Blu-ray Combo Packs with Digital HD boast over an hour of super-powered extras highlighted by three exclusive and delightfully fun sing-along music videos: “Thank Gosh It’s Monday,” “Teamwork” and “Theme Song/Rap Battle.” The Combo Packs also include eight exciting featurettes that take you from Bikini Bottom to the surface, deleted scenes and more.

On a mission to save his world, SpongeBob SquarePants is headed to ours. When pirate Burger Beard (Antonio Banderas) steals the secret recipe for the beloved Krabby Patties, SpongeBob and friends come ashore to bring back the missing formula. To succeed, they must team up with former rival, Plankton, but soon realize that to defeat a super-villain, they must unleash their inner superheroes.