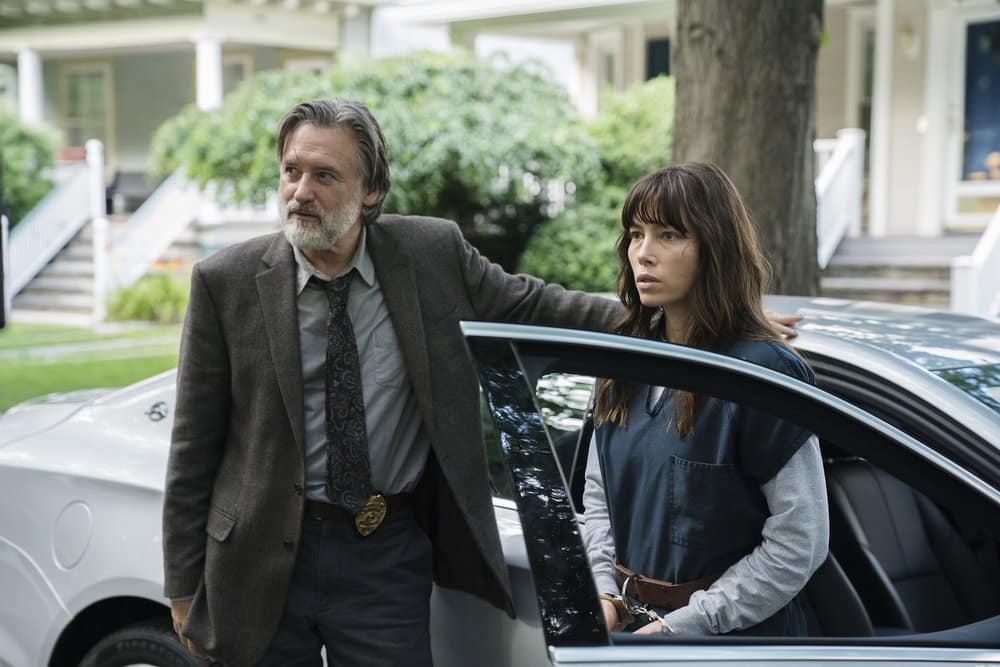 Starring and executive produced by Jessica Biel, “The Sinner” follows a young mother who, when overcome by an inexplicable fit of rage, commits a startling act of violence and to her horror, has no idea why. Detective Harry Ambrose (Bill Pullman) finds himself obsessed with uncovering the woman’s buried motive. Based on Petra Hammesfahr’s book of the same name, the eight-episode crime thriller’s driving force is not the “who” or the “what” — but the “why.” The series was created by showrunner and executive producer Derek Simonds with Charlie Gogolak also serving as executive producer. For Iron Ocean, Biel and Michelle Purple serve as executive producers. Antonio Campos executive produced and directed the pilot. The series is from Universal Cable Productions and premieres Wednesday, August 2 at 10/9c through September 20.

As Ambrose begins to waver, Cora convinces him to take his greatest risk yet for the case.