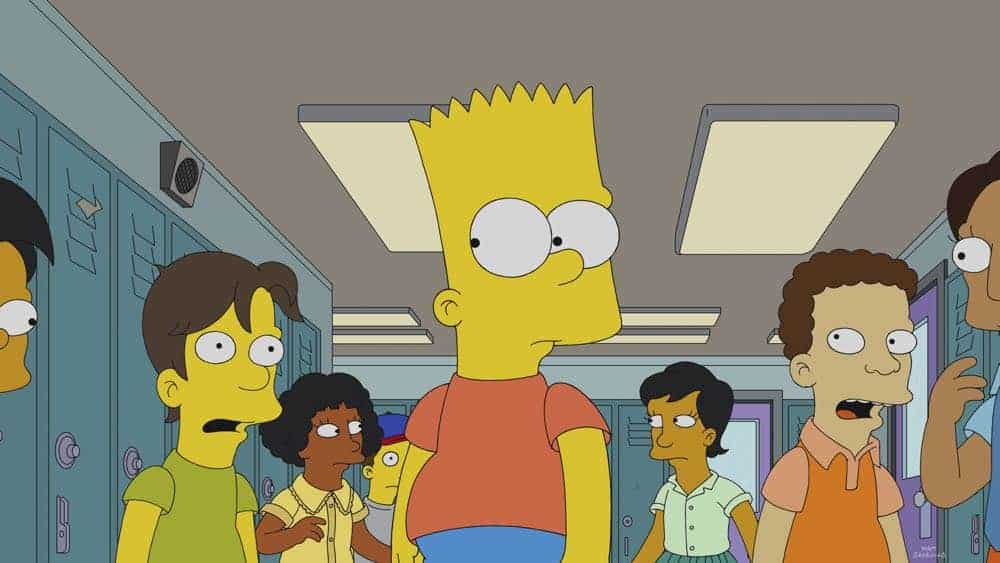 Bart takes a dare, and ends up in the hospital. To cover for himself and Homer, he says he went to Heaven and met Jesus. Christian producers offer the Simpsons a movie deal, which Homer takes. But Bart can’t deal with the guilt and comes clean to Marge after the movie is finished in the all-new “Bart’s Not Dead” Season 30 premiere episode of THE SIMPSONS airing Sunday, Sept. 30 (8:00-8:30 PM ET/PT) on FOX. (SI-2919) (TV-PG L, V) THE SIMPSONS Season 30 Episode 1 Photos Bart’s Not Dead.

Guest Voice Cast: Emily Deschanel as herself, Gal Gadot as herself, Dave Attell as Luke, Pete Holmes as Matthew, Jonathan Groff as Bart

Recently nominated for a 2017 Emmy Award for Outstanding Animated Program, and currently in production on its record-annihilating 29th season, THE SIMPSONS continues to strike a chord with viewers for irreverently poking fun at anything and everything. With its subversive humor and delightful wit, the series has made an indelible imprint on American pop culture, and its family members – HOMER (Dan Castellaneta), MARGE (Julie Kavner), BART (Nancy Cartwright), LISA (Yeardley Smith) and MAGGIE – are television icons. Already the longest-running scripted series in television history, the Emmy Award-, Annie Award- and Peabody Award-winning animated comedy will surpass “Gunsmoke’s” record of 635 episodes for a scripted television series next spring.

THE SIMPSONS is a Gracie Films production in association with 20th Century Fox Television. James L. Brooks, Matt Groening and Al Jean are the executive producers. Film Roman, a Starz Company, is the animation house.