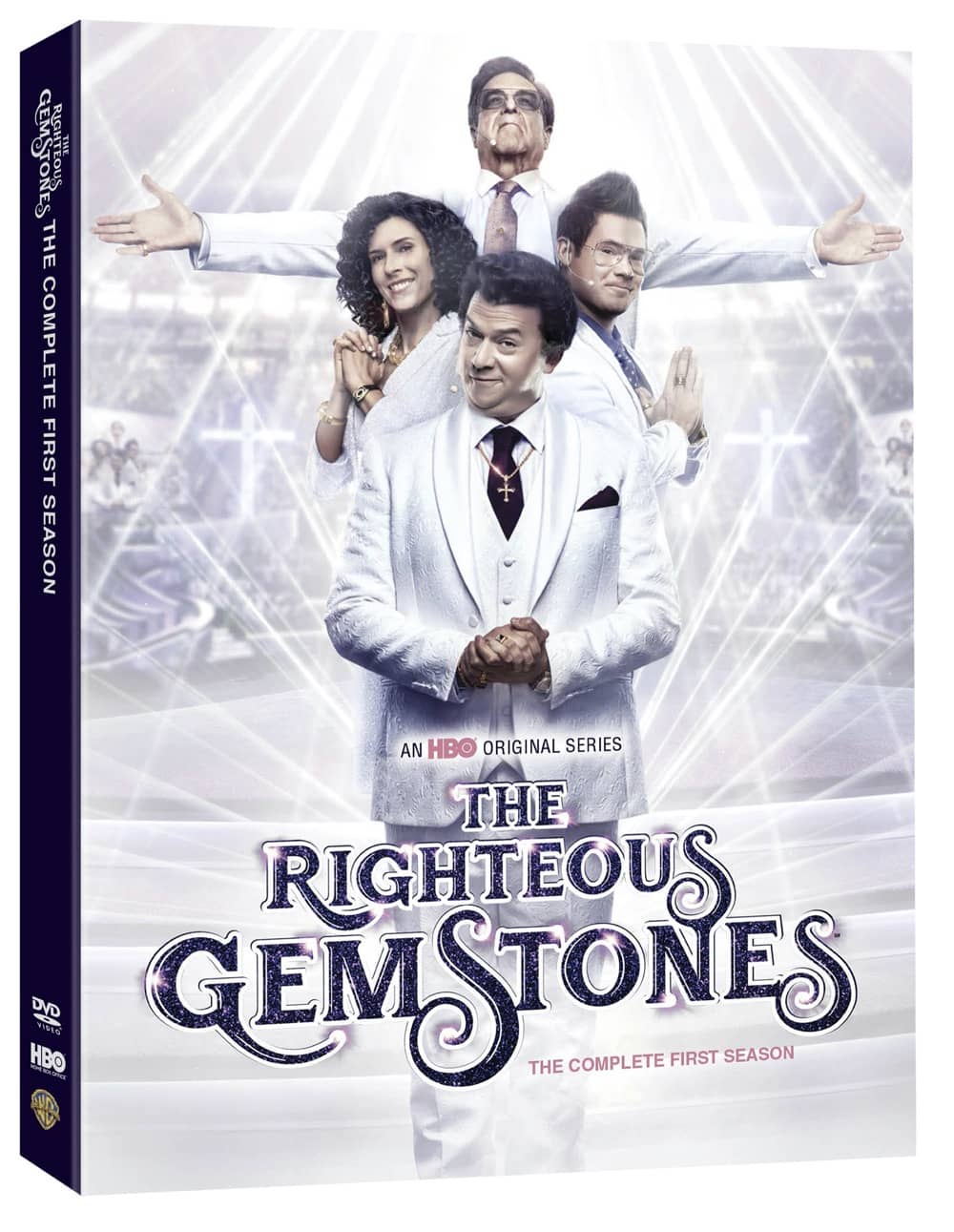 Danny McBride returns and reunites the creative team behind Vice Principals and Eastbound and Down with HBO’s latest hit comedy The Righteous Gemstones. Ahead of the show’s second season, Warner Bros. Home Entertainment is set to release The Righteous Gemstones: The Complete First Season on DVD April 14, 2020 for $24.98 SRP ($29.98 SRP in Canada). The two-disc set features all nine hilarious episodes plus an “Invitation to the Set” bonus feature.

The Righteous Gemstones centers on the Gemstones, a celebrity televangelist family behind a popular megachurch that is also a major money-making enterprise. McBride stars as Jesse Gemstone, the eldest of three grown Gemstone children, who sees himself as a maverick in the ministry game but, as the series begins, receives a blackmail video that could put his reputation at risk. Getting caught up in the hunt for the blackmail culprits are Jesse’s sister Judy (Edi Patterson), who is secretly “living in sin” with her fiancé and dreams of escaping the Gemstone compound, and Jesse’s youngest sibling Kelvin (Adam Devine), a pseudo-hipster who always finds a way to get under his brother’s skin. Meanwhile, Eli (John Goodman), the family’s patriarch finds himself in a point of crisis as he mourns the loss of his wife Aimee-Leigh and questions whether the Gemstones are still serving a higher power as they aggressively expand their empire.

“At the very mention of Danny McBride, fans come running,” said Rosemary Markson, Senior Vice President Marketing, Warner Bros. Home Entertainment. “The reaction was no different with HBO’s latest hit comedy and we are thrilled to release TheRighteous Gemstones: The Complete First Season so viewers can follow the hilarious antics of Danny McBride as the lead of this famous yet emotionally stunted family.”

The first season of The Righteous Gemstones is also currently available to own on Digital. Digital purchase allows consumers to instantly stream and download to watch anywhere and anytime on their favorite devices. Digital movies and TV shows are available from various digital retailers including Amazon Prime Video, AppleTV, Google Play, Vudu and others.