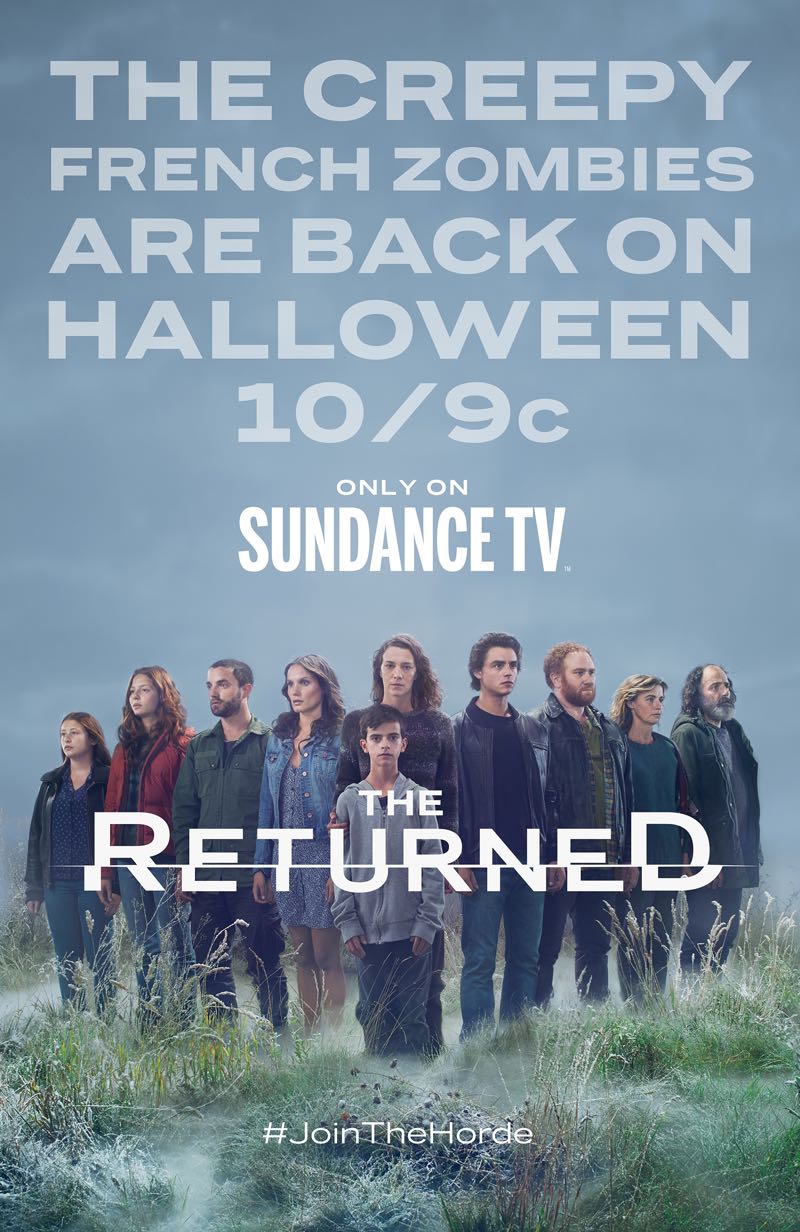 Leading into the exciting second season of the International Emmy® and Peabody Award-winning series “The Returned,” SundanceTV has released the full-length trailer, revealing “Not everyone deserves a second chance.”  The highly anticipated season two of the French psychological thriller will make its debut on Saturday, October 31, at 10 PM ET/PT.

The second season picks up six months after the deceased disappeared into the mountains with Simon (Pierre Perrier), Camille (Yara Pilartz), her mother, Claire (Anne Consigny), Julie (Céline Sallette) and the mysterious youngster Victor (Swann Nambotin). Since then, nothing has been heard of them. Now, Adèle (Clotilde Hesme) is about to give birth to Simon’s child, part of the town is still ﬂooded and the dam remains under surveillance. Rumors abound that the dead have returned, but the authorities refuse to believe them. The rare witnesses have chosen to remain silent or are not taken seriously, among them Léna (Jenna Thiam) and her father, Jérôme (Frédéric Pierrot), who have not given up hope of ﬁnding Claire and Camille. But when a mysterious man named Berg (Laurent Lucas) pays a visit to the town, it appears he knows more than he claims.