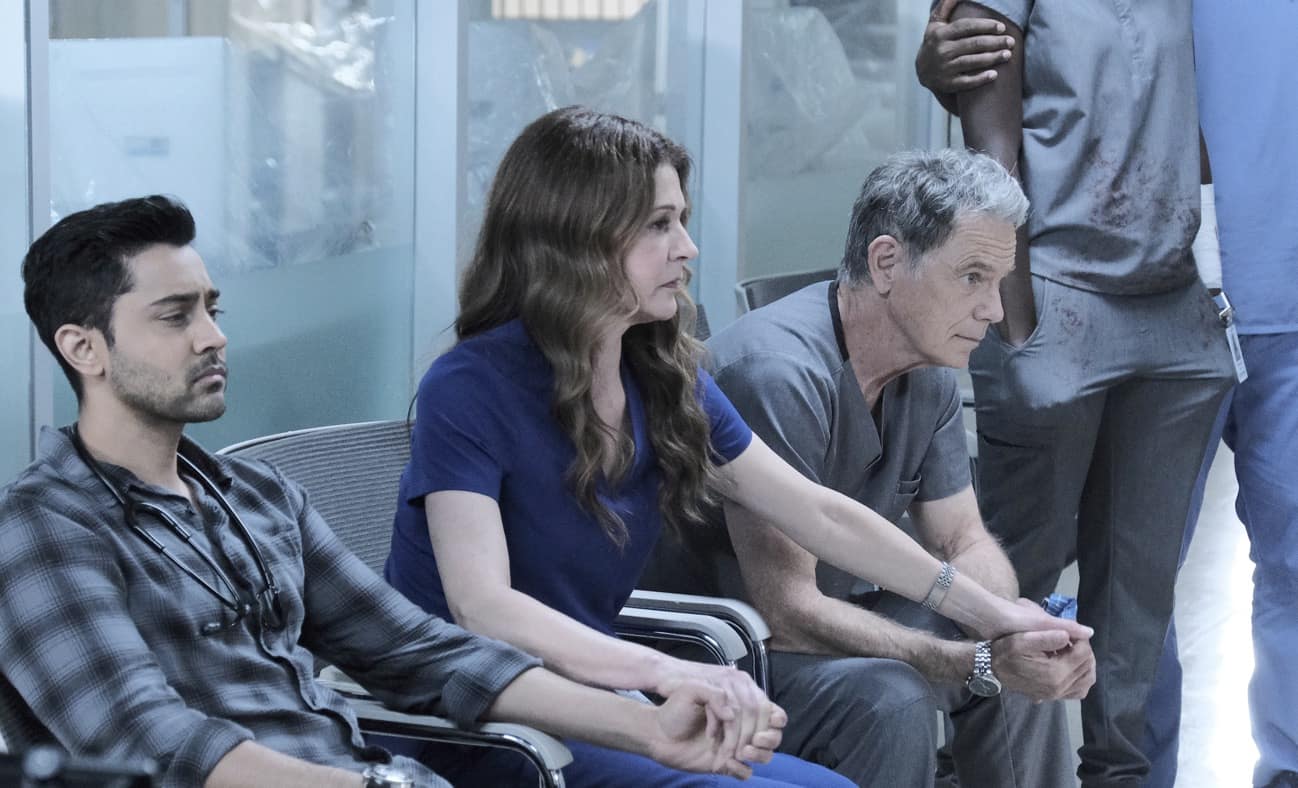 THE RESIDENT Season 4 Episode 5 Photos Home Before Dark – With Chastain on the verge of shutting down due to the sale by Red Rock, Conrad tries a last-ditch effort to save the hospital and the doctors plan for their next career moves. Meanwhile, on their last day, the whole staff must work together to save Nic’s life after she is injured by a deranged patient in the all-new “Home Before Dark” episode of THE RESIDENT airing Tuesday, Feb. 9 (8:00-9:01 PM ET/PT) on FOX. (RES-405) (TV-14 D, L, V) s04e05 4×05 4.05